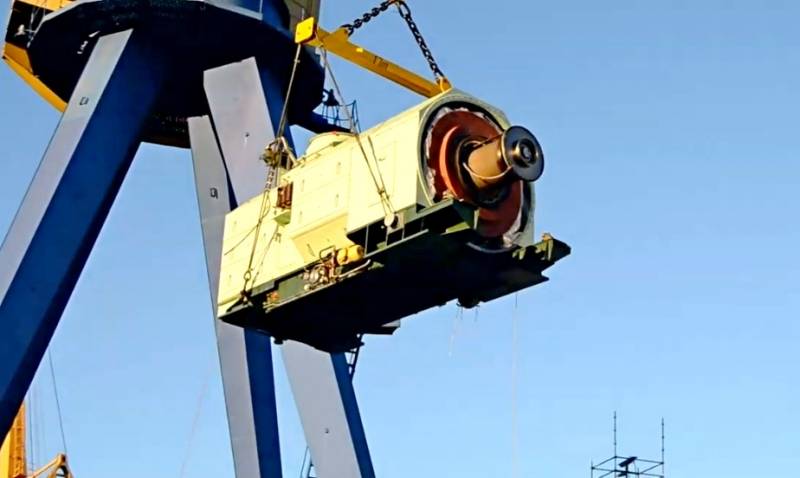 
The company presented a video digest on January 19, 2021 on its YouTube channel. It summarizes the work results for December 2020.

The footage shows how the M55R diesel-gas turbine unit (DGTA) was loaded into the hold of the frigate Admiral Golovko, which has been under construction for the Russian Navy since 2012, in St. Petersburg (z / n 923).

It is clarified that to carry out a complex operation, shipbuilders had to do technological holes, temporarily removing parts of the three bulkhead decks. DGTA was loaded into the ship in parts using a floating crane. After that, the shipbuilders began restoration work and installation of the DGTA. Further work with the power plant will take several months. The ship, launched in May 2020, is preparing for mooring trials.


Note that on the first two multipurpose frigates with URO of the far sea and oceanic zone, the lead "Admiral of the Fleet of the Soviet Union Gorshkov" (in service since July 2018) and the first serial "Admiral of the Fleet Kasatonov" (in service since July 2020), are power plants produced by the Ukrainian enterprise "Zorya - Mashproekt" (Nikolaev).

So far, it is planned to manufacture 10 such ships. The fourth will be "Admiral of the Fleet of the Soviet Union Isakov" (z / n 924). It is not clear where Ukrainian engine builders will sell their products now. We remind you that in May 2015 Kiev tore up the agreement on military-technical cooperation with Moscow and banned Ukrainian enterprises from any relations with Russia in this area.
Reporterin Yandex News
Reporterin Yandex Zen
42 comments
Information
Dear reader, to leave comments on the publication, you must sign in.