DefensePost: Moscow can take the most aggressive approach in the Arctic 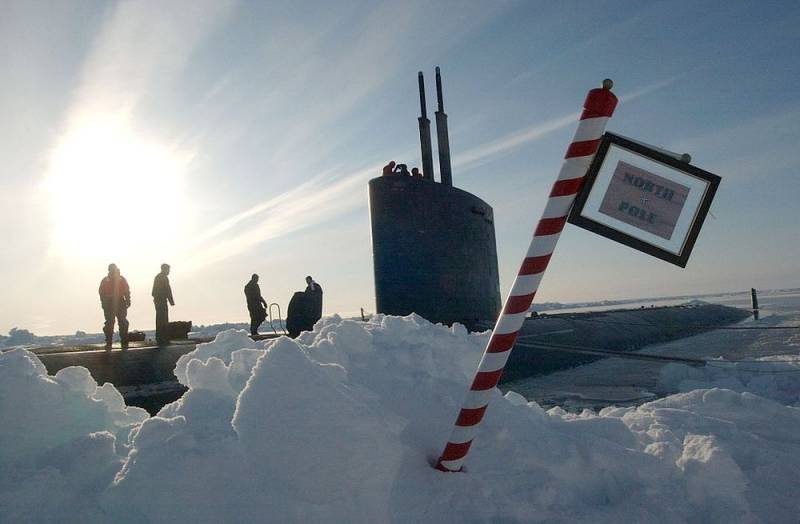 In May 2021, Russia will become the chairman of the Arctic Council (AC) for the next couple of years. This structure serves as an international platform for discussing specific issues of the High North. Therefore, it is important to find out what the Russians want to achieve and how Washington can react to Moscow's actions, writes DefensePost.


Russia has already confirmed its desire to develop the Arctic economically by promoting the Northern Sea Route project. This question is unchanging for Moscow and predictable. The Russian Federation is actively and comprehensively expanding its presence in the Arctic. This is evidenced by a whole fleet of operating and under construction icebreakers. The sluggish US presence is no match for this. The Russian Navy now has an almost monopoly position in the region.

At the same time, there are already certain signs that the Russian Federation may begin to use the most aggressive approach in the Arctic. Ex-President and Prime Minister Dmitry Medvedev said that Moscow in the exercise of its powers will proceed from the interests of national security. This directly contradicts the Ottawa Declaration, which clearly states that the AU should not delve into such issues.

In 2007, Moscow conducted an underwater expedition and hoisted the Russian state flag on the ocean floor at the North Pole. In fact, Russia has declared claims to the Lomonosov Ridge - a huge underwater mountain range that covers the entire width of the Arctic Ocean, splitting it into two basins. So far Russia has not been able to convince the international community of the validity of its claims, but Moscow still views this issue as a key issue and considers the Lomonosov Ridge to be an extension of Russia's continental shelf based on the provisions of the UN Convention on the Law of the Sea.

Moscow's opponents object. For example, Canada considers the Lomonosov Ridge to be a continuation of Elsmere Island, and Denmark considers the Greenland Islands. Therefore, Russia, having temporarily become the chairman of the AU, will be able to establish the agenda it needs and deal with the accumulated issues. Moreover, the Russians can take advantage of the situation in two ways.

First, take an aggressive approach and block all questions except those you need. So Moscow will be able to paralyze the AU and get concessions from Copenhagen and Ottawa. Given Russia's real power in the Arctic, it is quite capable of forcing others to comply. But this is a very crude approach.

Secondly, to organize a serious discussion of the further economic development of the Far North. Many countries are showing real interest in such an agenda, and Moscow may interest them in joint cooperation. This approach will allow Russia to start developing various fields without looking back at its opponents. Investors will receive raw materials, and Russia will receive money for development. At the same time, the icebreaker fleet and the Russian Navy guarantee safety. Moscow will probably choose the second, more delicate option. As a result, Russia will get the Arctic.

For Washington, Moscow’s actions could be extremely disadvantageous if it does not respond to them properly. Therefore, the United States needs to take on the role of mediator, seeking compromises that will benefit all stakeholders and prevent Russia from monopolizing much of the Arctic Ocean. Washington must strengthen ties with allies and contain Moscow's ambitions.
Reporterin Yandex News
Reporterin Yandex Zen
2 comments
Information
Dear reader, to leave comments on the publication, you must sign in.