Why does the Fed take control of the US Treasury 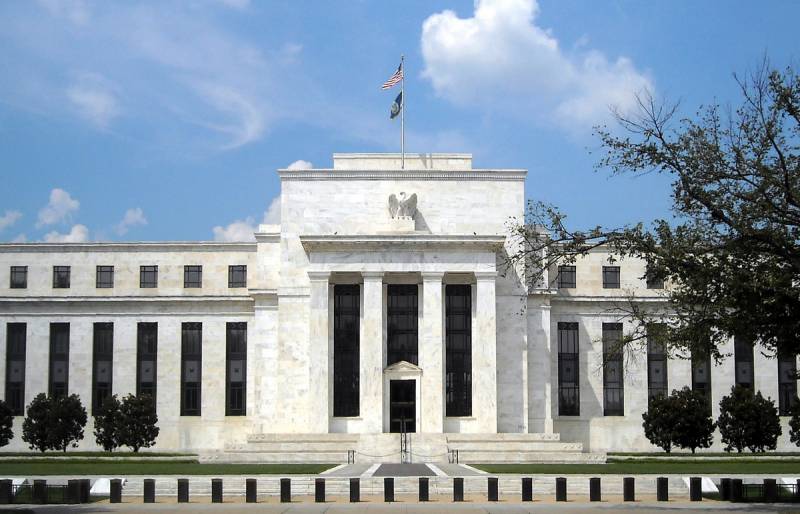 From the very first day after taking office, President Joe Biden made it clear that economic policy his predecessor, Donald Trump, will be overhauled. The appointment of Janet Yellen, the former head of the US Federal Reserve System (FRS), as the head of the Treasury Department, is becoming a symbol of the "revenge of the globalists".


What exactly was the policy of the "imperial" Trump, if you put it in just a few words? The now former Republican president was trying to make America great again by bringing the industries that were withdrawn over the past 30 years back to the United States from abroad. Such a large-scale reindustrialization required huge financial resources, which is why the size of the national debt began to actively grow, as well as the fact that goods exported from China and the European Union would rise in price, becoming less competitive in relation to American ones. To do this, it was necessary to devalue the dollar, while simultaneously achieving the strengthening of the euro and the yuan. Here is what Donald Trump himself said about this:

Our dollar is now the strongest in history. Sounds good, doesn't it? Except for those (manufacturers) whose products are intended for sale outside the United States.

However, the deliberate undervaluation of the American national currency did not correspond to the interests of the "globalists" who own the "private printing press" by the US Federal Reserve System. Trump's economic policies have inevitably led him into conflict with this particular organization. Janet Yellen headed the Federal Reserve from 2014 to 2018, and the candidacy of the first woman in this post was promoted by Democratic President Barack Obama. She did not work well with Donald Trump, and was replaced by Jerome Powell, who was nominated by the Republican himself. But the problem is clearly not in personalities, but in objective economic interests, since a year later the "imperial" publicly harshly criticized Powell:

My only question is: Who is our main enemy, Jer Powell or Chairman Xi?
And now the revenge of the "globalists" has taken place, the Democratic Party has taken control of all the key branches of American power and is beginning to establish its new-old order. The aforementioned Janet Yellen is now nominated for the post of the head of the US Treasury, where she promised to increase budget spending and abandon the policy of "weak dollar":

The US is not looking for a weaker currency for competitive advantage. The value of the US dollar should be determined by the market.
Indeed, why would the representatives of the Western financial super-elite need a weak "American", which they themselves can print in any quantity? No more artificial devaluation, Treasuries should be actively bought and sold, and the colossal national debt should grow further. The United States will continue to siphon money out of the world economy, while warning countries against manipulating the exchange rates of their national currencies.

Interestingly, in China, which was previously considered a "malicious currency manipulator", the yuan is also strengthening now. Beijing was the first to cope with the consequences of the coronavirus pandemic, a recovery in demand and production began, and Chinese assets are growing in value. An additional impetus to the strengthening of the yuan was the recent signing of the Agreement of the countries of the Asia-Pacific region on deep economic cooperation, where the first violin will objectively play the Celestial Empire. The Russian currency is likely to weaken against the dollar. A number of experts expect a rate of 85 rubles for one "American" by the end of 2021.
Reporterin Yandex News
Reporterin Yandex Zen
8 comments
Information
Dear reader, to leave comments on the publication, you must sign in.