"Saving the world" with a double bottom: how the "green era" in energy will turn out 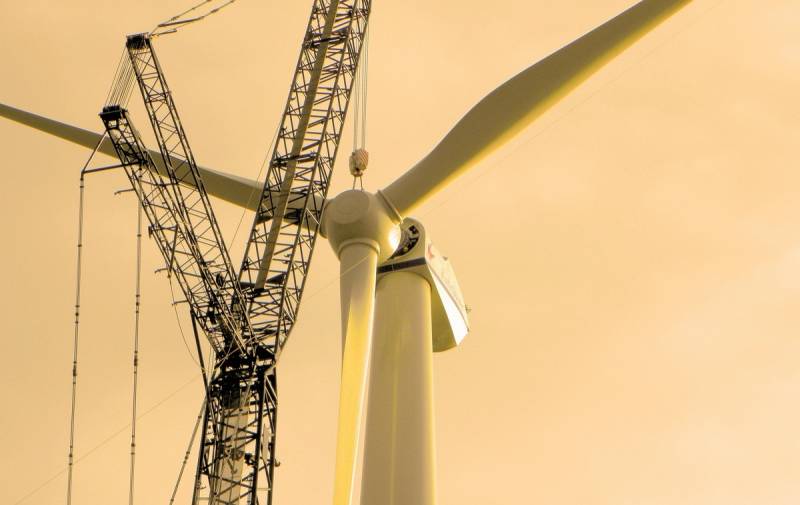 Joseph Biden, who was sworn in as the 46th President of the United States yesterday, fulfilled one of his main campaign promises. He has already signed a decree returning the country to the Paris Climate Agreement. Judging by this, the new head of the White House really intends to adhere to his declared "environmental course", decisively directing the United States to the same path that the heads of state of the European Union declared - "carbon neutrality", the use of exclusively "clean" renewable energy sources and that's it. stuff like that.


A reason for joy for the future of our common home - planet Earth? In no case. Humanity is facing very serious problems, and now we will try to figure out which ones and why.

"Saving the world" with a double bottom

In fact, we are facing the beginning of a new global confrontation, the essence of which is the desire of the “civilized” and “developed” countries to once again build a personal Eden for themselves, while mercilessly exploiting all the others and turning them into “second-class states”. In fact, if the process, which is gaining more and more strength, is not stopped, the era of neo-colonialism, “packed” in very beautiful, “correct” and seemingly attractive slogans, will start.

However, let's sort it out in order. So, a lot of pundits, interstate scientific and public organizations, as well as other representatives of the most respectable public, not to listen to which, it seems, is completely impossible, in recent years lament about the approaching humanity as a result of "global warming" the most real "climatic Armageddon". The waters where shallower, where, on the contrary, will overflow the banks, as the ice will melt. Almost half of the earthly firmament will turn into barren deserts or hide under the waves. Tens, if not hundreds of millions of people will die of hunger, thirst and disease ... An extremely pessimistic picture, I agree. And all because of the fact that humanity, obsessed with suicidal tendencies, continues to emit harmful CO2 into the atmosphere of the planet (although some argue that methane is even more harmful), destroy the ozone layer and do such things that are unacceptable and deadly for the environment.

At the same time, few people pay attention to the fact that absolutely the same terrifying forecasts and frightening warnings have been sounding for at least the last fifty years. Well, since the 80s of the last century - that's right. Even then, ecologists were shouting that if humanity does not "come to its senses" in the near future, then literally just about, in the very near future, a natural disaster awaits it. So what?

In fact, from that time to the present world consumption of oil has grown by about 40%, coal - by half, and natural gas by almost one and a half times. The world did not collapse. Yes, it is periodically shaken by tsunamis, hurricanes, fires and other natural disasters, but were they not there before? Scientists' assertions that the number of cataclysms is growing may well be disputed due to a not too long (on the scale of human history) observation period.

On the other hand, according to many authoritative researchers, it was the sharp increase in the amount of consumed hydrocarbons that allowed millions of people around the world to significantly improve the quality of their lives, at least - to get out of the most hopeless poverty. The most striking examples in this case are China and India, in which the growth of industrial production (and, consequently, the consumption of energy resources) in which has definitely benefited their residents. In any case, in the material sense. Proceeding from this, there are very serious reasons to believe that the current "green" plans of the "developed" Western countries are based primarily on an unreported desire to save the Earth from an "inevitable catastrophe" that still does not come.

The main motive here is a firm intention to stop the impetuous economic the growth of those states, which they so recently, by historical standards, allowed themselves to look down on. No, the desire to get rid of harmful industries and other things that really do not improve the environment on their own territory is also present. But the "white gentlemen" intend to carry out all this exclusively at someone else's expense. To some extent, even Westerners will have to pay for life in the "green paradise". However, their inconvenience and losses cannot be compared with the price that will have to be paid for it by all "dirty natives" with their "dirty" industry and transport.

About what colossal costs the planned "greening" of the European Union will result in, has already been written many times (including me). We are talking about amounts ranging from hundreds of billions to half a trillion euros that will need to be invested in the economy of the Old World until 2050, called the "carbon zero" point.

For completeness, I will give figures for the United States - according to the declarations of the new president there, he intends to add 2 trillion dollars to "greening" the American economy! And this, mind you, only at the initial stage of their own reign. What are the plans for the construction of half a million filling stations for electric vehicles in the United States - and all this is solely at the expense of the state budget, that is, on taxpayers' money. The measures announced by Biden to curtail hydrocarbon production in the country will definitely not benefit the "national economy" of the United States. The method of obtaining them by hydraulic fracturing may be completely banned altogether! Yes, according to available data, the restriction will only apply to further development - already functioning oil and gas wells will be graciously allowed to develop their own. However, the essence of the business of "shale companies" is precisely the drilling of more and more wells - without this, companies specializing in it, and so experiencing now far from the best times, will go bankrupt in a moment. This is the loss of many jobs, bankruptcy, unpaid taxes and bad loans. Is the new owner of the White House and his team going to compensate for all this? You can be calm - it's still going ...

Generally speaking, the question of how much the planned total rejection of hydrocarbons will cost the world in the future is hushed up by the adherents of "green" energy in the most careful way. With their lesser harm to nature (which, by the way, is also quite controversial), renewable energy sources are not only several times lagging behind traditional "hydrocarbon" ones in terms of efficiency - they also require colossal costs for the transportation and storage of the energy they generate.

In the most general terms, so as not to burden the reader with a mass of cumbersome technical details, this problem can be reduced to three main points. Firstly, working with renewable energy sources will require the construction of an incredibly large number of power lines and will increase the cost of their maintenance to a cosmic scale - after all, such sources (wind, solar, and others) are always located far from places where the bulk of the population compactly lives. Secondly, given the current level of technical development, the problem of storing energy obtained from renewable energy sources is practically insoluble. This leaves the countries using them with a choice - to risk returning to the wood-burning stove and splinter as a source of light every day, or to continue to maintain and maintain power plants running on traditional fuels. In addition to the "green" ... Third, even a partial solution of the two above-mentioned problems will in no way allow completely replacing hydrocarbon energy sources - if, of course, humanity wants to maintain its standard of living at the current level. Calculated and proven by scientists many times. The rest is lies and charlatanism.

In truth, the coronavirus pandemic that struck our world last year gave some reason to hope that the "green madness" will recede, at least temporarily lose ground - the global economy has already suffered too heavy damage to even put savage experiments. However, everything turned out exactly the opposite - those in power during the period of the "coronacrisis", convinced of the ability of their fellow citizens to endure its hardships and hardships more or less meekly, concluded: "They will pull the" green revolution! " And they were right ... Apparently, an unprecedented campaign of environmental “brainwashing” has already paid off, at least in Europe. According to the survey data released by the European Investment Bank (EIB) not so long ago, 74% of its respondents said that they are ready to completely or partially abandon air travel "for the sake of saving the environment", moreover, 66% of survey participants proudly noted that they began to consume less meat, and another 13% intend to "do so in the near future" - "to fight climate change" ...

However, even if the overwhelming majority of the inhabitants of the "developed" countries voluntarily and with songs will begin to eat beetles, ride on public transport (there will not be enough electric cars for everyone) and be content with "virtual travel" instead of tour trips, globally the problem of the cost of the "green revolution" is not will decide. It will be those countries that will pay for it that do not want to be like "civilized" and will continue to heat their houses, pour steel, produce consumer goods and do everything else using "dirty" energy. At the same time, everything that will be produced on their territory will become even more competitive in comparison with goods obtained in a "clean" way.

It is for this that the adepts and ideologists of the "green revolution" have already provided for a number of measures that make up its essence. Draconian duties on all exports from "unclean" countries, and, first of all, on "traditional" energy carriers, which the West, with its struggle for the environment, will have to consume for a very long time. China, Russia, India and others will be forced to either ruin their economies by transferring them to renewable energy sources, or pay a real tribute for the fact that they will not do this. A similar policy will be held in all areas. For example, Europe will need even more biofuels. However, the crops necessary for its production are not going to be grown there. As well as using nasty pesticides and herbicides. For this, there are, again, “third world countries”. Sowing industrial crops, depleting and literally destroying fertile soil, pouring glyphosate and other abomination into the ground - this is precisely the role they will have in store. In this case, everything will be done according to the principle "the worse, the better." Particularly stubborn people can even "teach a little good manners" - after all, such a noble goal as saving the whole world from an "ecological catastrophe" may well justify several missile and bomb strikes or a small intervention in a country that poses a "threat" to it. It may well come to this.

It is not known whether the decrease in the growth rates of the economies of developing countries, the collapse of their industry and agriculture, the impoverishment of tens and hundreds of millions of people will benefit the planet Earth. However, the adherents of the "green course", who finally took the upper hand in the West with Biden's coming to power in the United States, will certainly derive enormous benefits from all this for themselves. Unless, of course, they are stopped in time ...
Reporterin Yandex News
Reporterin Yandex Zen
28 comments
Information
Dear reader, to leave comments on the publication, you must sign in.