Trade five frigates for one cruiser: is the Nakhimov modernization wrong? 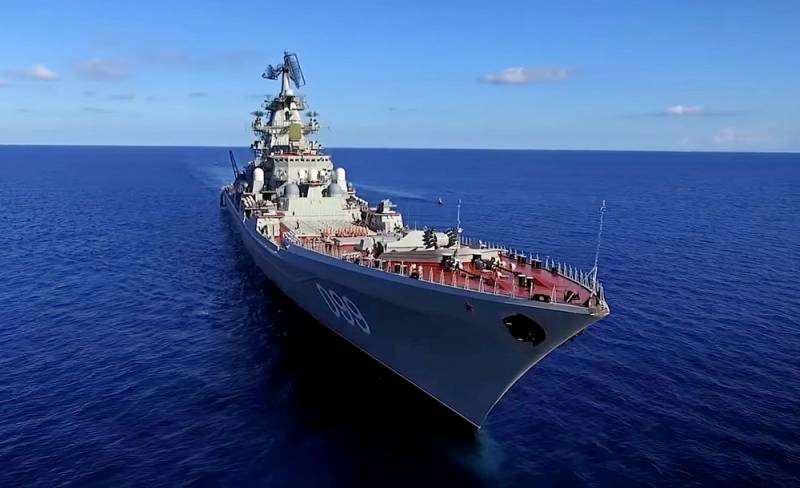 Already in the next 2022, the new flagship of the Russian Navy "Admiral Nakhimov" will be commissioned. Its counterpart in series 1141 "Peter the Great" will then lower the flag and head to Sevmash, where a similar modernization will take place. The heavy nuclear cruiser will seriously increase the striking power and combat stability of the small Russian surface fleet, but despite this, voices are heard calling for spending this money on the construction of the latest frigates. Who is more right in this situation?


Under the USSR, they managed to build only 4 TARKs of the Orlan project, giant “aircraft carrier killers”. Each of the cruisers has tremendous striking power capable of sending the enemy's AUG to the bottom, as well as unlimited cruising range, thanks to the presence of 2 nuclear power plants. The main weapon of the TARK is the Granit anti-ship missiles; it also has a 130 mm AK-130 double-barreled automatic artillery mount with an aiming range of 25 kilometers, two five-tube torpedo tubes and three anti-submarine helicopters. For their time, the "Eagles" were a truly formidable weapon.

However, time and lack of funds did their dirty work. Only "Peter the Great" remained in the ranks. "Kirov", aka "Admiral Ushakov", has been withdrawn from the fleet and is awaiting disposal. "Admiral Lazarev" is incapable of combat, mothballed and stuck in limbo: there is no money for modernization, but they have not yet dared to dispose of it. "Admiral Nakhimov" is doing the best of all. It was formally sent for repairs back in 1999, but the unloading of nuclear fuel began only in 2008. Real modernization work started only in 2012, and the delivery of the cruiser was expected in 2018. As you can see, the deadlines have shifted to the right, skeptics are talking about the 2024-2025 line.

What has been done with "Admiral Nakhimov" as part of the modernization?

First of all, all the missile weapons and air defense systems of the cruiser were subject to replacement, since they were quite outdated, which led to a significant decrease in its combat capability. Instead of 20 Granites, 80 cells of 3S14 universal vertical launch units have been installed, respectively, the number of missiles in ammunition has increased by 4 times. Their nomenclature has also increased: now it can be subsonic "Calibers" designed to destroy sea and ground targets, and supersonic anti-ship "Onyx", and in the future - and hypersonic "Zircons".

The air defense was also strengthened. In the near zone "Pantsir-ME" replaced the outdated "Kortik", in the middle zone at a distance of up to 150 kilometers the sky will be covered by the "Redut" air defense system. SAM "Fort-M" has 92 cells of anti-aircraft missiles to shoot down targets within a radius of 200 kilometers. Experts point out that the TARK will be able to use the 40N6 ultra-long-range anti-aircraft missile, which is capable of hitting a flying object at a distance of up to 400 kilometers. To protect against attacks from submarines, the "Packet-NK" complex was installed, equipped with MTT thermal torpedoes and M-15 jet anti-torpedoes.

All this will make the "Admiral Nakhimov", as well as other cruisers of this project, after their modernization, more stable in the confrontation with the enemy's AUG. Just one TARK at the head of a connection of ships, having such a powerful air defense system, can easily keep reconnaissance and jamming aircraft at a distance and even shoot down an entire attacking wing of carrier-based aircraft. The Eagles are a formidable force to be reckoned with. However, every barrel of honey has its own fly in the ointment. Critics of the modernization of old cruisers make quite sensible arguments against:

At first, it is very expensive. According to preliminary estimates, "Admiral Nakhimov" should have cost the budget 50 billion rubles, but due to delays and the total complexity of the project, the amount has already increased to 80-90 billion, and as a result, it may reach 100. These funds can be used to build 4-5 brand new frigate project 22350 "Admiral Gorshkov". Their armament is inferior to "Admiral Nakhimov", but only quantitatively. However, it is also represented by "Caliber", "Onyx" and in the long term - "Zircon", SAM "Redut" and "Packet-NK". One giant nuclear powered cruiser is good, but 5 deep sea frigates perhaps even better? 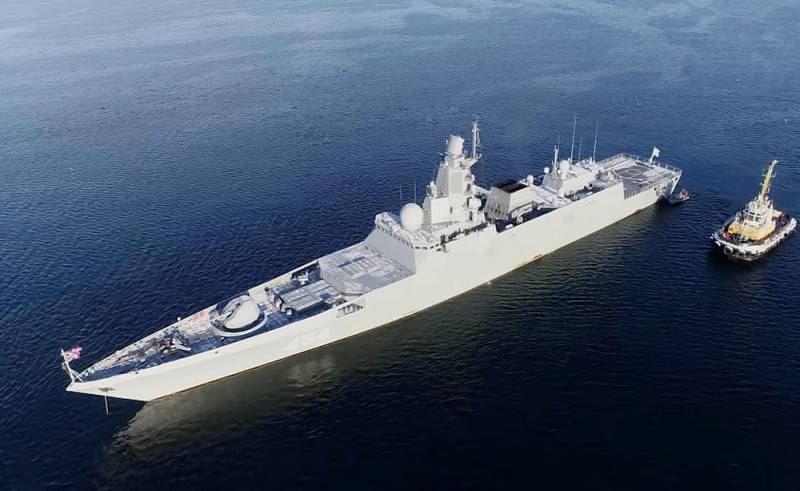 Secondly, this is a very long time, the long-term modernization of one TARK takes away the lion's share of the resources of the Sevmash enterprise, which could be used for the construction of submarines of the Yasen series.

Indeed, there is a great deal of truth in all this. However, additional factors must be considered. The program for the construction of large surface ships has actually been disrupted, and the deadlines are constantly being thwarted to the right. The ships are being built very slowly, a lot of this was facilitated by the breakdown of industrial ties with Ukraine, which refused to supply power plants for them. A promising project of the Leader missile destroyer with a nuclear power plant has been shelved. It is not clear when these 4-5 new frigates will actually appear. But there are already several "Eagles" in stock, one look at which inspires awe.

Under these conditions, a deep modernization of old warships is a fairly rational step, while the domestic shipbuilding industry comes to life and the process of import substitution of key components is underway. As the saying goes, "Eagle" is better in hand than pie in the sky.
Ctrl Enter
Noticed oshЫbku Highlight text and press. Ctrl + Enter
We are
240 attack missiles and 240 missiles: why the updated Nakhimov will be the most powerful ship in the world
Why Russia should give a second life to atomic "Orlan"
Reporterin Yandex News
Read Reporterin Google News
11 comments
Information
Dear reader, to leave comments on the publication, you must sign in.