Why "lured" Schroeder allowed himself to criticize the Kremlin 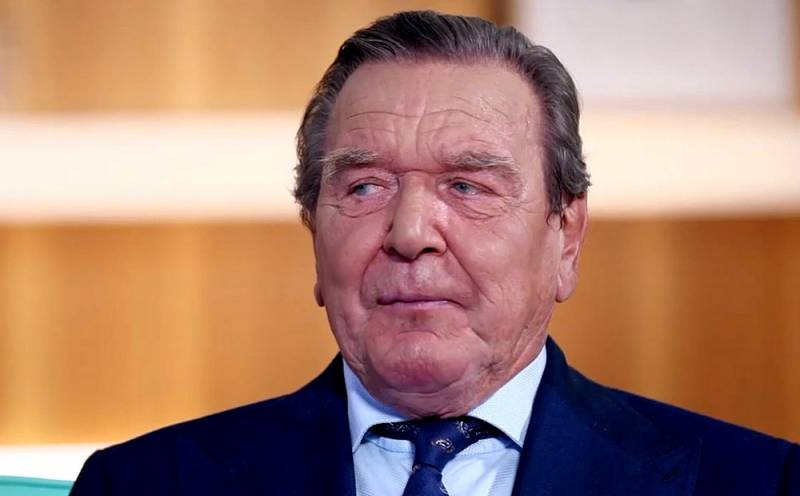 An interesting event happened the other day. The most pro-Russian German, ex-Chancellor of Germany Gerhard Schroeder, stabbed the Kremlin in the back, harshly criticizing him for his alleged cyberattacks on the Bundestag, the “poisoning” of Alexei Navalny, as well as for violating international law during the “annexation of Crimea”. And what kind of fly bit him, one wonders?


Calling Herr Schroeder the most pro-Russian German leader is hardly an exaggeration. Under him, in 2002, the FRG took a pronounced anti-American position because of the US aggression against Iraq, solidarizing with France and Russia. This seriously complicated her relations with Washington, and gave rise to talk about a certain new axis Berlin-Paris-Moscow. Chancellor Schroeder stated directly about the importance of our country for Germany:

Russia is important to us politically and economically. I am truly convinced that the enlarged European Union is doing the right thing by forging a strategic partnership with Russia.
And this position was expressed not only in words, but also in deeds. It was during his reign that an agreement was signed on the construction of the North European Gas Pipeline (NEGP), which later turned into Nord Stream 1. But, although Germany began to steadily receive gas from Russia through this pipeline, this was used by Schroeder's opponents to accuse him of corruption, since Herr Schroeder himself was appointed to a senior position in the NEGP operator, and the agreement on its construction was signed in just 10 days before the election. However, a fair and impartial European court in Hamburg banned the ex-chancellor's opponents from public insinuations about his personal interest in this energy project.

Fed by the Kremlin, the former head of Germany from 2017 to the present time heads the board of directors of the oil company Rosneft, and also sits on the board of the operator of the Nord Stream 2 gas pipeline. Considering the size of the salaries and bonuses of top managers of domestic state corporations, he clearly does not live in poverty. Schroeder was also preparing to sue the German newspaper Bild, which, after an interview with Alexei Navalny, called him "Putin's errand boy." And then suddenly he allowed himself a whole package of anti-Russian statements. He complained about Russian cyberattacks on Germany and worried about the opposition leader Navalny, and what is most unpleasant, he called the return of Crimea to the Russian Federation an "annexation" carried out in violation of international law. Why would it suddenly?

There are several assumptions about this. On the one hand, it is possible that the Kremlin is dissatisfied with the results of Herr Schroeder's work. It is not hard to guess that a figure of this magnitude is being hired primarily to lobby for Russia's interests abroad. However, in the case of Nord Stream 2, this for some reason does not work. The ex-chancellor could thus try to publicly dissociate himself from policy Moscow, anticipating an imminent imminent return home. On the other hand, even if it is much less likely, Gerhard Schroeder may try to return to the big politics in Germany, where big changes are now taking place. In his defense before the voters, he will be able to say that he defended exclusively the interests of Germany, lobbying for the Nord Stream and Nord Stream-2 gas pipelines, and he did not approve of Russia's actions in Crimea, but endured and kept silent, clenching his teeth in the name of the Fatherland.

All this is not very pleasant to observe, but such are the realities of modern politics and big business.
Reporterin Yandex News
Reporterin Yandex Zen
9 comments
Information
Dear reader, to leave comments on the publication, you must sign in.