How Kiev wants to destroy Gazprom's monopoly in Russia itself 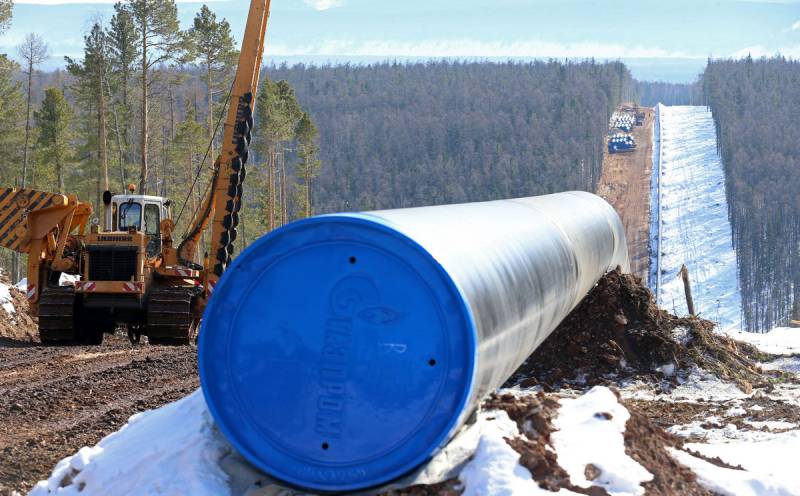 An interesting turn has been outlined in the history of the transit of Russian gas to Europe. One gets the impression that Ukraine, or rather the forces behind it, have decided to use the unique market situation in order to destroy Gazprom's monopoly in Russia itself.


And the situation is really difficult. On the one hand, the Nord Stream 2 bypass pipeline is still dead weight at the bottom of the Baltic Sea. On the other hand, the winter of 2020-2021 turned out to be unusually cold, especially in contrast to the previous one. The Arctic cold goes to North America, Europe and Asia. In sunny Madrid, snowstorms are sweeping, a half-meter layer of snow has fallen. The consumption of all types of fuel has skyrocketed: in Germany, gas prices may surpass the 2012 record, Scandinavia is reducing electricity exports, and in the UK, the cost of electricity is rising in leaps and bounds. People are forced to intensify the heating of premises, therefore, the demand has grown even for coal that has become unfashionable. Against the background of frost, the export of coal from Russia to Europe became profitable again.

Against this background, the problems of neighboring Ukraine worsened, which for political reasons refused to buy gas in our country directly, preferring to buy it from Poland, Slovakia and Hungary at a premium. Since the “invisible hand of the market” sent LNG tankers from Europe to Asia, where prices for it are higher, Nezalezhnaya faced the problem of a shortage of “blue fuel”, and its population faced higher tariffs. The latter have already led to massive protests. The decision to return to direct purchases from Gazprom naturally suggests itself, but Kiev came up with a different, curious initiative. Yuri Vitrenko, the former head of Naftogaz and now the acting Minister of Energy Nezalezhnaya, made the following proposal:

Unblocking of gas transit from Central Asia, gas export by independent companies from Russia, transfer of gas transmission points to European buyers of Gazprom's gas. This will also almost automatically significantly reduce the price of gas on the wholesale market ... Realistically, only Naftogaz has legal opportunities to put pressure on Gazprom on these issues.
It is about allowing access to the Russian pipeline system leading through Ukraine to Europe, Kazakhstan and Turkmenistan. It is also assumed that other gas producing companies operating in Russia will be able to use Gazprom's transit capacities. An interesting turn, because in fact we are facing the liberalization of the domestic gas market. But there is one problem.

It is not for nothing that Gazprom is called a monopoly, since only it has the right to export "blue fuel" to Europe through the existing gas pipelines, and the state corporation must hold on to death for its exclusive position. Russia has not signed the European Energy Charter, and it can itself establish the rules for trade in energy resources on its territory. But now it seems that our Western partners do not mind using the situation in order to revise the rules of the game in their favor.

About why Gazprom itself, which is experiencing ever-increasing financial problems, can expect "liberalization", expressed in its fragmentation and privatization of the most tasty morsels, we told earlier. It is possible that the management of the state corporation may receive a compromise proposal: they will be allowed to complete the construction of Nord Stream 2 and launch it at half of the planned capacity in order to give the Kremlin face to be saved in this outright failed project. The pipeline will receive an exemption from the Third Energy Package, and Russian gas will go through it bypassing Ukraine. In exchange, Gazprom will have to move slightly and allow other suppliers to the pipeline going through Independence Square to Europe, which will replace the lost volumes.

Whether it is true or not, we will see very soon. But the fact that Gazprom will not be left alone, knocking out new concessions from it, is a fact.
Reporterin Yandex News
Reporterin Yandex Zen
21 comment
Information
Dear reader, to leave comments on the publication, you must sign in.