This year could be fatal for the dollar 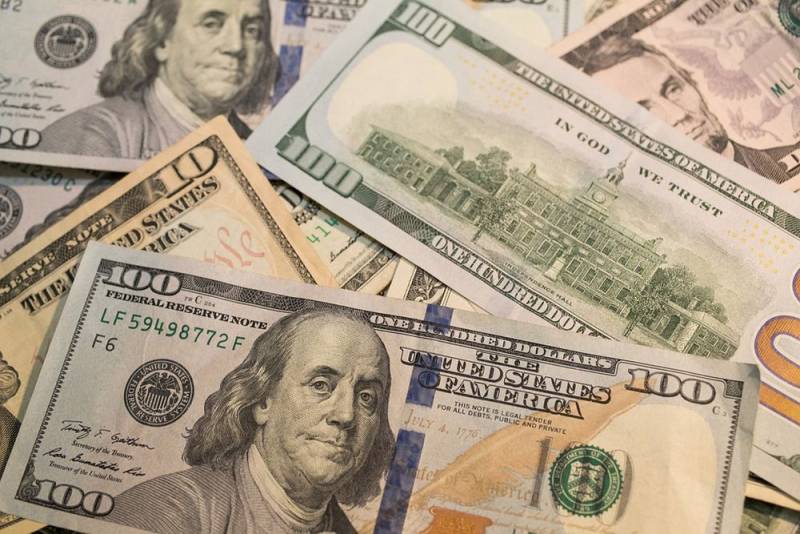 186 years ago, on January 8, 1835, US President Andrew Jackson did something that no other head of the American state did anymore - he paid off the country's debt, writes Sovereignman.com.


Jackson despised banks and considered the national debt immoral. Therefore, he paid the entire $ 5 million. This was the only time in US history that the country had no debt.

There is no doubt that in 2021 the national debt will surpass the $ 30 trillion mark. In 2020, U.S. debt obligations increased by $ 4,5 trillion due to the stimulus program during the COVID-19 pandemic. But this program will not be terminated, since the coronavirus has not yet disappeared.

However, sooner or later the moment will come when the debt will need to be paid. Most investors nowadays are simply reinvesting their (expected) earnings in newly issued bonds. The government is only postponing the repayment time. The US Treasury Department is praying that holders of debt securities will continue to behave this way indefinitely. But - this is unlikely.

China and Japan, the largest holders of US debt, have already begun to gradually get rid of US Treasuries. In February 2020, foreigners owned them in the amount of $ 7,23 trillion, or about 30% of the total national debt, but by October there was a decrease to $ 7,07 trillion. But given the growth of the national debt, the share of foreigners fell to 25% of the total. This is clear evidence that the governments of other states do not want to invest in the US national debt and would like to get their money back. For example, China reduced the number of US debt securities from $ 2013 trillion to $ 2020 trillion from November 1,32 to October 1,07.

Another major holder of the US government debt is the Social Security program, i.e. American citizens. But the coronavirus has literally ruined the trusts and they have nothing to continue to refinance government debt.

In 2021, the United States will need to repay its $ 8 trillion national debt. But the Congressional Budget Office expects a $ 2 + trillion deficit this year due to additional anti-coronavirus measures. Therefore, in 2021, the authorities need to find more than $ 10 trillion.

The only way is that the Fed should print them out of thin air and take part of the national debt on its balance sheet. Now the Fed has $ 7 trillion in debt. Probably, the Fed will soon have $ 10 trillion on its balance sheet with a national debt of $ 30 trillion. This year, the world may finally lose confidence in the dollar and 2021 will become fatal for the American currency.
Ctrl Enter
Noticed oshЫbku Highlight text and press. Ctrl + Enter
We are
Borrowed from the whole world: the United States is ready to spend $ 2 trillion on the fight against the virus
Russia will live with a surplus budget: the “three-year plan” approved by the Federation Council
Reporterin Yandex News
Read Reporterin Google News
52 comments
Information
Dear reader, to leave comments on the publication, you must sign in.