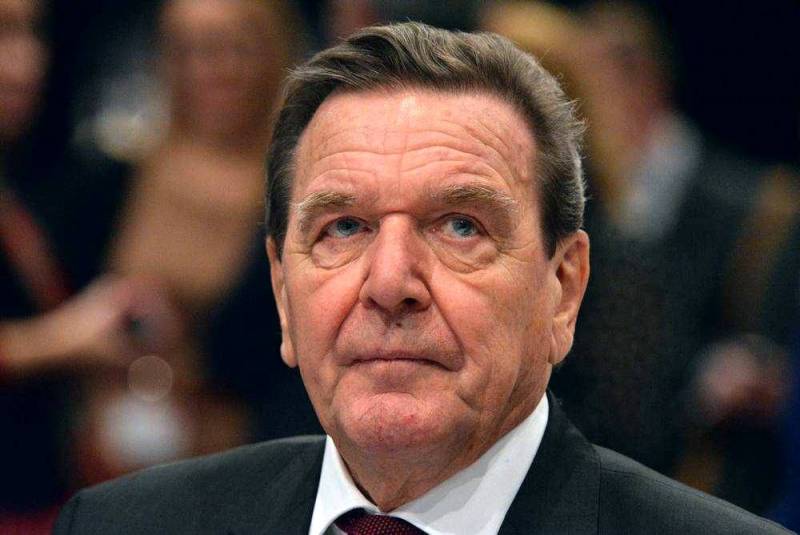 Former German Chancellor Gerhard Schroeder believes that the reunification of Crimea with Russia became possible thanks to the activities of certain Western countries that really wanted Ukraine to become part of the NATO bloc. He stated this in an interview with the German magazine Der Spiegel.


Schroeder noted that the departure of Crimea from Ukraine to Russia should be considered in conjunction with the reasons that led to this. Therefore, it cannot be categorically asserted that what happened in the spring of 2014 on the peninsula is a violation of international law.

The events in Crimea were preceded by the expansion of NATO. The US insisted on accepting Georgia and Ukraine into the Alliance. It was nothing more than a strategy to encircle Russia
- he clarified, making it clear to the media who is really to blame.

Suppose Ukraine joined NATO as the United States wanted. Then Sevastopol, one of the most important ports in Russia, would be on the territory of the Alliance. <...> I do not see what the sanctions should achieve, no Russian president will ever return Crimea to Ukraine
- added Schroeder.

According to Schroeder, Moscow cannot be blamed for Crimea. At the same time, he drew attention to the fact that sometimes Russia still crossed the "permissible borders". As an example, he cited the hacker attack on the Bundestag in 2015 and the connections of Russians with the far-right. political the party "Alternative for Germany". These are the questions Schroeder is most concerned about.

Russia reacted to his words. For example, a State Duma deputy from Crimea Ruslan Balbek said RTthat Schroeder understands Russia better than many Europeans, but he did not tell everything. The overwhelming majority of Crimeans have always considered themselves part of Russia, albeit mentally. At the same time, Kiev decided to carry out forcible Ukrainization and implant "European values". They didn't like it very much, so they made their choice.

In turn, the State Duma deputy from Sevastopol Dmitry Belik noted that Schroeder knows practically nothing about what happened on the peninsula in 1992-2014. Therefore, although NATO expansion was a big irritant, it is not the most important factor.
Reporterin Yandex News
Reporterin Yandex Zen
9 comments
Information
Dear reader, to leave comments on the publication, you must sign in.