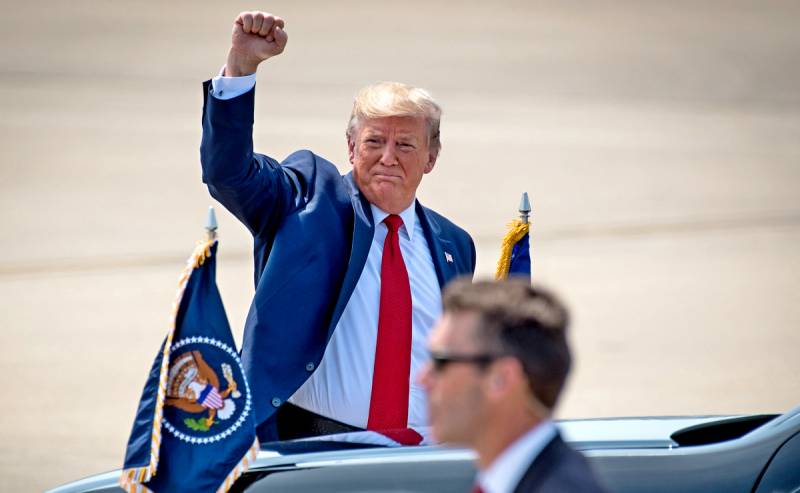 Among the foreign policy achievements of Donald Trump's presidency is the containment of Russia in the Middle East. This opinion was voiced in a new article by the American magazine Foreign Affairs.


The publication notes that the new American leader - Joe Biden - will hardly have to change the course of his predecessor. Trump's strategy involved the abandonment of "endless wars" in certain regions in favor of a global confrontation with the Russian Federation and China. At the same time, American influence, as well as ties with the allies, were only to be strengthened. And it worked very well in the Middle East.

Trump has also made it clear that he will support Israeli and Turkish military action against Iran and Russia in Syria. […] The United States, in turn, will join these efforts as necessary, supplying weapons, attacking terrorists, or punishing Syrian President Bashar al-Assad for using chemical weapons
- noted in the analysis.

The Trump administration, as highlighted in the article, has generally been cautious about the use of military force, especially in a situation where no American has yet been killed. But when she did decide to act, the United States military "effectively crushed Assad's forces, terrorist groups, Russian mercenaries or Iranian-backed militias."

At the same time, the Trump White House ignored the events taking place inside such allied countries as Egypt, Turkey and even Saudi Arabia.

Over the past four years, the Trump administration has achieved two major successes in the Middle East - the Abraham Peace Accords between Israel and a number of Arab countries, and the elimination of ISIS (banned in Russia) in the territories under its control in Iraq and Syria.

Trump has also been able to counter Russia's further expansion into Syria and elsewhere, as well as recognize Iran's multifaceted threat to regional stability and mobilize a coalition to counter Tehran's villainous behavior. […] According to modern concepts, all this together is a worthy result of external policy... Trump has been able to cut U.S. direct commitments and spending by working closely with regional allies
- says the publication.

Joe Biden will have a hard time returning to a nuclear "deal" with Iran, as American allies in the region have already liked Trump's decisive approach and will only advocate such measures in the future. At the same time, the confrontation with Tehran is far from over.
Reporterin Yandex News
Reporterin Yandex Zen
2 comments
Information
Dear reader, to leave comments on the publication, you must sign in.