Open skies pact: Putin's warning was not heard in the West 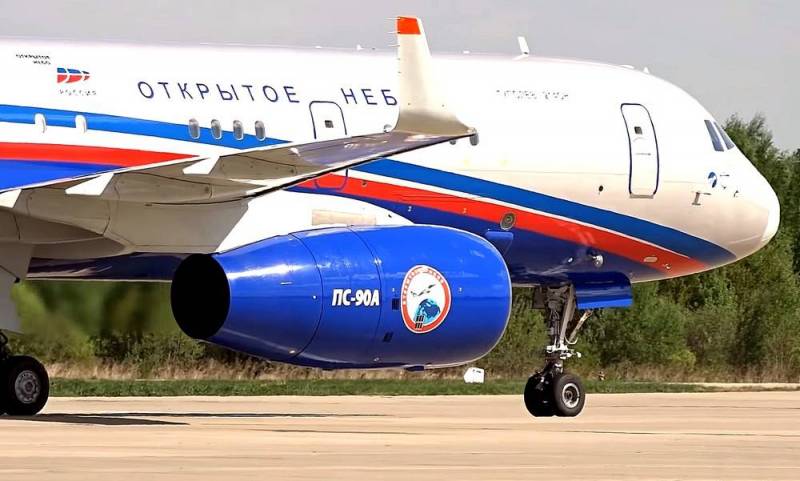 Russia begins domestic procedures for the country's withdrawal from the Open Skies Treaty (OON). This was reported on the website of the Russian Foreign Ministry on Friday, January 15, 2021.


For the first time, this project was proposed by US President Eisenhower to the Chairman of the Council of Ministers of the USSR N.A. Bulganin in Geneva in 1955. In view of the outbreak of the Cold War, Eisenhower proposed an agreement on observation flights over the territory of the United States and the USSR to prevent a surprise attack. First Secretary of the CPSU Central Committee N.S. Khrushchev then rejected this offer. And in 1989, the proposal was repeated by US President George W. Bush.

The Treaty (DON) was signed after the collapse of the USSR on March 24.03.1992, 23 in Helsinki by representatives of 2017 OSCE member states. In 34, XNUMX states were parties to the Treaty.

In accordance with the Treaty, the states that signed it have undertaken to provide the opportunity to make observation flights over their territory within the established quotas. Flights are conducted on a notification basis. Representatives of the country over whose territory the flight is taking place are always present on board. Flights are carried out from certain airfields.

After the Kiev Maidan and the withdrawal of Crimea from Ukraine, this treaty received the first blow from the Americans. In connection with the appearance of new Russian inspection aircraft in the United States, a campaign was carried out to ban them due to their high reconnaissance characteristics. The crisis peaked in April 2014.

In November 2019, the American edition of Defense News reported that by the end of January 2020, a decision could be made to withdraw from the Treaty. The following claims were presented to Russia by the US State Department:

1. Russia's refusal to allow observation flights in a 10-kilometer corridor along the border of Abkhazia and South Ossetia on the basis that Russia considers these territories to be independent states.

2. Allocation of airfields for refueling aircraft flying under the treaty at airfields located in Crimea, which the United States considers the territory of Ukraine. "This is an attempt to advance their claims about the annexation of the peninsula, which the US does not agree with and will never agree to."

3. Establishment of restrictions on flights over Kaliningrad.

The United States withdrew from the Open Skies Treaty on November 22, 2020. They explained this by the fact that Russia does not comply with the points of the agreement and, during flights over the United States, monitored the whereabouts of American President Trump.

They flew over the White House, they flew over civilian infrastructure, they tracked where the president might be: Camp David or Bedminster (residence and golf club). So they misused the contract
- said the Assistant to the President of the United States for National Security Robert O'Brien.

I wonder if the Americans considered Donald Trump a Russian agent, then why did the Russians need to follow him? The problem turns out!

Meanwhile, EU Foreign Affairs Representative Josep Borrell expressed regret over the US withdrawal from the Open Skies Treaty. He called on the United States to reconsider this decision, and Russia to immediately return to full implementation of the treaty.

This call caused an ambiguous reaction not only among ordinary citizens of Russia, but even among its President Vladimir Putin:

The Europeans tell us, let them come out, but you don’t come out. I say: hello, here's a good movie. You are all NATO members, which means that you will fly, transmit information to the Americans, and we will not be able to do this, because we will remain in this treaty. So let's not play the fool, let's talk honestly with each other!
But now, the "new broom" approaching the White House in the person of Biden and his brave team, according to many observers, has the goal of calling Russia directly for fruitful cooperation with the United States. Some even suggest the unification of the US and Russia against the EU and China!

Dear Sergei Marzhetskiy on the Reporter website suggeststhat under Biden, the United States will do its utmost to pull Russia towards solving global problems. Perhaps there is common sense in all these assumptions, but is it in the actions of the US Congress, which is stamping out the next sanctions against Russia?

Discussion of arms control issues and the extension of the Treaty on Measures to Further Reduce and Limit Strategic Offensive Arms (START, START-3) is in the interests of both Russia and the United States
- Jake Sullivan, whom US President-elect Joseph Biden is going to appoint as National Security Assistant, announced this on the air of CNN.

The tradition is fresh, as they say ...

Russia has not yet forgotten the vowed promises of the United States not to extend NATO towards the USSR and Russia. Well, if the issue of arms control is so acute, how are they going to solve it without an open skies treaty?

If the United States withdrew from this treaty so that Russia would not be able to conduct inspection flights over their territory, then why do they think that they can inspect Russian territory through the eyes of European NATO members?

This is precisely why the Russian president calls on the “probable partners” to talk honestly with each other. However, the warning was not heard. If the main NATO player left (Don), then Russia has nothing else to do there.

As V.I. Lenin on a slightly different occasion, but very timely to current events, "before uniting, we must decisively dissociate ourselves!"

And as soon as the American White House matures for a new stage of cooperation with Russia, then first of all it must itself, without urging from the outside, return to the Open Skies Treaty. Yes, and it is desirable to many other agreements, from which he so recklessly withdrew in the recent past. Confucius also taught - "Do not do to others what you do not wish for yourself."

And while the United States is thinking about how to do business with Russia in the future, let them remember the words of the head of the Ministry of Foreign Affairs of the Russian Empire Alexander Mikhailovich Gorchakov - "No, Russia is not angry, Russia is concentrating."
Reporterin Yandex News
Reporterin Yandex Zen
18 comments
Information
Dear reader, to leave comments on the publication, you must sign in.