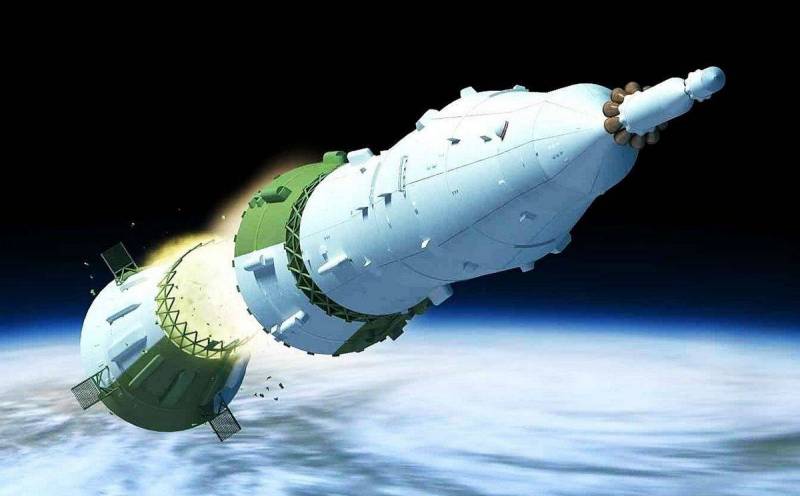 The year 2021 began with not the best information for the domestic cosmonautics. The project of the super-heavy launch vehicle "Yenisei", intended for flights to the earth's satellite, is being shelved. Does this mean that you can already forget about the Moon of Russia?


The Yenisei was to become the first Russian super-heavy rocket with a launch weight of 3167 tons, created after the collapse of the USSR. It was she who was envisaged as the main "workhorse" for the second stage of the Russian Lunar program by 2028. By adding a third to its two stages, it was planned to produce an even more powerful Don rocket. The cost of the program was estimated at 1,5 trillion rubles. And the other day there was a report of the Council for Science of the Russian Academy of Sciences, which recommended postponing the creation of the Yenisei. What conclusions can be drawn from this?

This event is assessed in different ways. According to one version, "Roskosmos" itself "leaked" the super-heavy rocket, because it is not able to pull this project out. At the end of last year, the head of the state corporation Dmitry Rogozin announced that he would build Yenisei on the basis of existing of technologies a bit early, a fundamentally new main engine is needed. The idea of ​​the need to make the rocket reusable was also voiced. And so the Council of Academicians spoke, who have no direct relation to this project, but expressed their authoritative opinion, to which Roscosmos immediately joined. It is possible that there really is some truth in this hypothesis about the "drain".

At first, the state corporation is forced to work under conditions of constant sequestration of budgetary spending on space. One "Yenisei" costs as much as "Roscosmos" receives money in 10 years. They can all be put into one rocket, but the moon will not get any closer from this. In 2015, de facto, our entire lunar program was curtailed: the expenditures for the development of takeoff and landing modules and other equipment necessary for research and development of an earth satellite were cut. With this approach, the "lunar program" becomes not so much a real scientific as a populist project. And this is a big question for the management of the state corporation, since it is desirable that it be managed by specialists with specialized education who clearly understand what they are doing and why.

Secondly, Russia will still be able to reach the moon. At the end of 2020, the Angara-A5 heavy launch vehicle successfully launched. It still needs to fly and fly, but it can be used both in the creation of a national orbital station, and for flight to an earth satellite according to a complex scheme with docking. If we put the super-expensive Yenisei on the back burner, focusing on realistic tasks, we will be able to maintain certain positions in space.

There is another, slightly more optimistic version of the abandonment of Yenisei. For the next decade, there are no real tasks for a super-heavy rocket, the Angara-A5 will be enough. But I am glad that the academicians do not intend to completely close the Yenisei, instead they propose to single out a separate lunar subprogram "Space activities of Russia". This project is an extremely complex technically science-intensive task.

Even if development work on documentation, new materials and technologies continues in subsequent years, this will allow preserving the domestic engineering school, training specialists who can return to the creation of a super-heavy rocket at a better time, when the country's financial capabilities will allow the implementation of more ambitious tasks. Space technologies developed at the same time can find application in related industries, for example, in aircraft construction, as well as in the defense complex.

The decision to postpone Yenisei for the future cannot please, since it is forced. But so far there are no other options to realize it on our own. Perhaps in international cooperation, but not with the US, EU or China, but with some India, which has its own space ambitions.
Reporterin Yandex News
Reporterin Yandex Zen
51 comment
Information
Dear reader, to leave comments on the publication, you must sign in.