Experts: Biden will call on Russia to cooperate 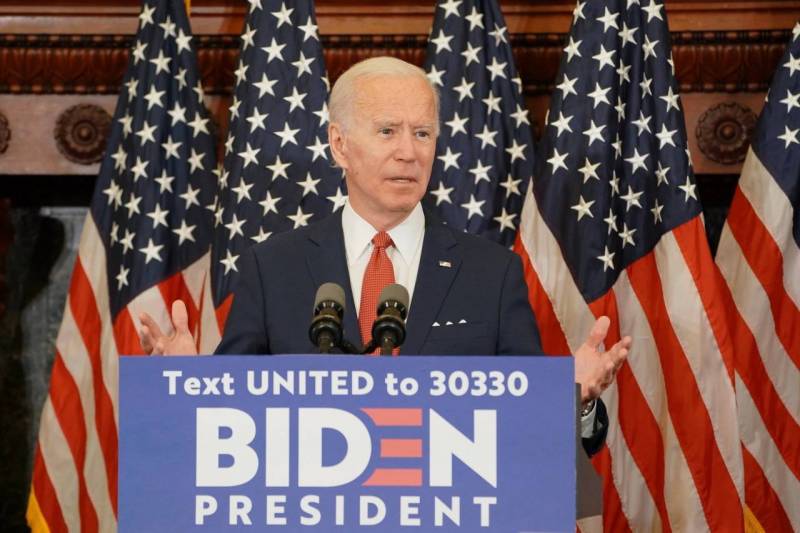 According to Western experts, under the rule of Republican President Donald Trump, relations between the United States and Russia were "at the bottom." In the same spirit, the Russian Foreign Ministry also spoke about the impossibility of their quick normalization. The reason is hidden in the "inertia" of the external policy Washington, enshrined in the most important doctrinal documents of the "hegemon". So is it worth waiting for a breakthrough from the representative of the American Democratic Party Joe Biden?


"Sleepy" Joe himself announced his intention to change the White House's approach to China and Russia, making it more multilateral by involving his allies in the process, while harshly criticizing his predecessor Trump:

Look what he's doing - getting close to all the dictators and poking his fingers in the eyes of all our friends.
Let's just say that it sounds very promising and not too rosy yet due to the lack of specifics. The "dictator" is, among others, presumably, President Putin, whom the Western liberal press has proclaimed to be almost the curator and puppeteer of Donald Trump. Or maybe not. For example, the respected American edition of the New York Times has concluded that Washington will still have to work with Moscow to address the programmatic challenges voiced by presidential candidate Joe Biden. Among them: the fight against the coronavirus pandemic and climate change, stabilization of the situation in the Middle East and arms control.

The White House is interested in using the Russian resource, but at the same time it will hold back Moscow's development and ambitions. So, one of the instruments of pressure on the Kremlin can be all sorts of scandalous stories, such as the poisoning of the Skripal family and opposition leader Alexei Navalny. Moscow still denies its involvement in these crimes, but nobody in the West is interested in this, they have already appointed the culprit. All these reasons can be used to introduce new packages of anti-Russian sanctions.

On the other hand, under Biden, the United States will do its utmost to pull Russia towards solving global problems. The key issue of international security is undoubtedly the START III treaty. With a very high degree of probability, one can expect that the Democrats will prolong its effect. Fiona Hill, ex-director of the US National Security Council under President Trump, believes that Joe Biden's team is not interested in a full-scale involvement in an expensive arms race. The freed up funds will be used for other tasks: supporting business and the population in the context of the coronavirus pandemic, combating climate change, which will lead to increased costs in American industry. Also, the Democratic Party can be expected to reincarnate the "nuclear deal" with Iran to normalize the situation in the Middle East. As the saying goes, there is a silver lining.

Bank of America analysts concluded that under Joe Biden, relations between the United States and Russia will become more constructive and predictable. This, in turn, will contribute to the gradual restoration of domestic economics, which this year will show a growth of 3,4%, and can return to the pre-crisis level in another year. Russian assets in the context of more stable international relations will grow in value. Despite this positive, Western experts are not expecting a miracle like another "reset".

This is understandable: too many plates have already been broken to try to glue them back together. A return to relations at the level of 2013 should not be expected.
Reporterin Yandex News
Reporterin Yandex Zen
5 comments
Information
Dear reader, to leave comments on the publication, you must sign in.