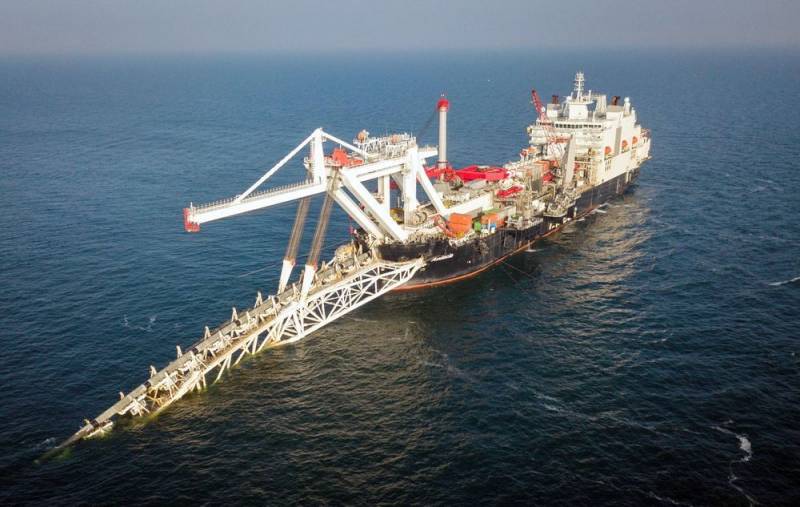 The United States will not leave Russia alone and will continue to put pressure on it to hold back development. Washington is particularly irritated by the Nord Stream 2 gas transmission project, which removes pro-American East European transit intermediaries and allows Moscow to communicate directly with Western Europe.


Stanislav Bachev, Doctor of Political Science at the Free University of Varna, is confident that the new US President Joe Biden has already chosen a punishment for Russia for the said gas pipeline. The expert said this in an interview with the Bulgarian newspaper "Duma".

Bulgaria has repeatedly become a victim of the US desire to export "democracy", leaving behind chaos and bankrupt states. This is especially dangerous when Democrats usurp Congress and Senate in the absence of a balance of power within the United States.
- he specified.

The expert recalled that "power corrupts, and absolute power corrupts absolutely." Therefore, the new administration of the White House can go to any meanness.

Self-directed aggression is a depression that manifests itself not only in the internal, but also in the external policy
- he stressed.

In his opinion, first you need to see how Washington approaches the issue of extending the START III agreement with Moscow, which expires at the end of February 2021, i.e. very soon. This will be a revealing moment. The United States is now showing "an immaturity and arrogance stemming from its own sense of strength and infallibility."

The expert noted that Washington fully supports the Three Seas Initiative (ITM or Trimorie), which is a union of 12 EU countries, most of which have access to the Adriatic, Baltic or Black Seas. The United States needs ITM as a space separating Russia and Western Europe, allowing it to influence opponents. Therefore, he can use this lever in the form of the mentioned punishment. The participating countries are: Austria, Bulgaria, Hungary, Latvia, Lithuania, Poland, Romania, Slovakia, Slovenia, Croatia, Czech Republic, and Estonia.

He noted that three decades ago, no one would have thought of opposing the will of the United States. But now the opposite process is observed. A shift has been outlined, Russia has built the Nord Stream and Turkish Stream, and is now completing the construction of Nord Stream 2. Therefore, Washington will try to correct the trends and will not stop trying to stop the implementation of Nord Stream 2 by any means.