Does Russia need to react to the inspection of its ships by foreign special forces? 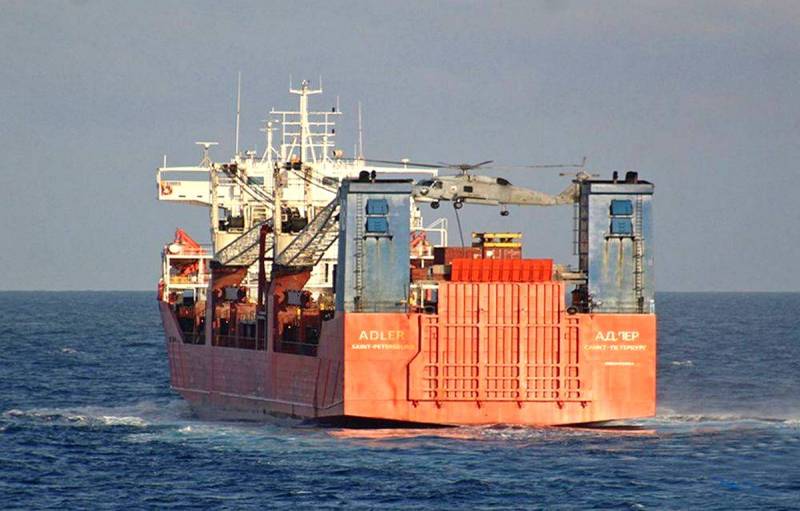 A few days ago in the Mediterranean happened interesting event. Greek special forces have landed on the Russian cargo ship Adler for inspection. Since this involved the frigate F-459 Adrias of the Greek Navy, a NATO member, it left an unpleasant impression. However, if you look at it, the situation is completely different from what it seems.


It should be borne in mind that the Greeks acted within the framework of Operation IRINI in the Central Mediterranean, which is based on UN Security Council Resolution No. 2473 on an embargo on the supply of any type of weapons to Libya. Let us remind you that an endless bloody civil war has been going on in Libya in recent years. There is dual power in the country: in the west, in Tripoli, the Government of National Accord sits, headed by Faiz Saraj, and in the east, in Tobruk, there is the Parliament to which the LNA of Khalifa Haftar is subordinate. The field marshal's attempt to take the capital by force on a swoop failed, and his affairs went very badly when Turkey openly intervened in the war.

Ankara signed an agreement on military cooperation with Tripoli and introduced its military contingent to Libya, as well as transferred from Syria some of its militants who had previously fought against official Damascus. Such active support made it possible to quickly defeat the poorly organized army of Haftar and drive him far to the east. In return, President Erdogan received from Saraj a memorandum on the redistribution of the hydrocarbon-rich continental shelf in favor of Turkey. Also, Ankara plans to open its military bases in Libya. For obvious reasons, such activity of the newly-minted "sultan" in the former Ottoman province was extremely disliked by all the rest of Libya's neighbors, as well as France, which fears the penetration of the Turks into its former African colonies, where Paris still retains influence. Egypt had to draw the "red line" under Erdogan's nose, after crossing which Cairo was ready to send troops to Libya to support Tobruk.

It is also necessary to mention that Russia takes a very ambivalent position in this conflict. On the one hand, the Kremlin recognizes the Government of Saraj, on the other hand, Haftar's direct contacts with Moscow are not particularly hidden. So, in 2017, the field marshal visited our TAVKR "Admiral Kuznetsov" and personally addressed the Minister of Defense Sergei Shoigu. The open secret is that Russian military experts from the Wagner PMC were actively acting on the LNA side. This context must be taken into account when assessing what happened on 11 January 2021 in the Central Mediterranean.

What exactly happened there? The Greek frigate contacted the Russian vessel by radio and warned of the need for an inspection. After receiving permission, the military helicopter boarded the Adler's deck, the special forces politely talked to the captain, visually inspected the ship in the correct form, took a photo with the crew members, holding the national flags of their countries, and after departed on the F-459 Adrias. They did not poke anyone with their face on the floor, they didn’t plant drugs, etc., everything was within the framework of international law and the UN resolution.

What were you looking for? Obviously, a weapon. According to the representative of the LNA, Brigadier General Ahmed al-Mismari, Moscow has not supplied anything to Haftar in recent years due to the very embargo:

No, there have been no supplies in recent years due to the current arms embargo.
Either the Greeks do not really believe in such statements, or they simply decided to check the wrong ship “for show”. Now let's compare this event with how some time ago the French frigate Courbet tried to check the Turkish freighter Cirkin, which was sailing to Misrata under the protection of three warships. Instead of allowing him to be inspected, the Turkish frigate unexpectedly for the French took them at gunpoint. Captain Courbet responded in kind, and the NATO allies were on the brink of an armed conflict. It is clear that the Turks brought Saraja not Turkish delight, but gifts of a different kind in violation of the UN Security Council resolution, which caused their sharp reaction. This international scandal has greatly exacerbated the already difficult relations between Paris and Ankara.

What do we have in the bottom line? A rather curious situation turns out. In fact, certain members of the NATO bloc on the Libyan issue act in favor of Russia in a favorable regime, which cannot be said about their ally in the person of Turkey.
Ctrl Enter
Noticed oshЫbku Highlight text and press. Ctrl + Enter
We are
Ukraine from the inside: traitors, curators and those who watch from the Kremlin
Ten "defeats" of Putin
Reporterin Yandex News
Read Reporterin Google News
30 comments
Information
Dear reader, to leave comments on the publication, you must sign in.