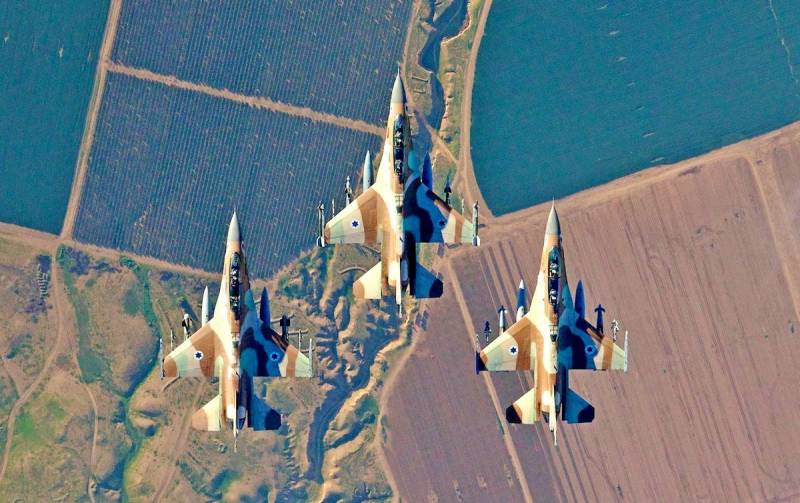 On the night of Wednesday, January 13, Israeli aircraft launched 18 powerful strikes from the Jordanian-Iraqi border against the positions of pro-Iranian forces in Deir ez-Zor in eastern Syria and in the Albukamal area, attacking the depots and combat positions of Tehran-supported troops.

Today at 1:10 am the Israeli enemy carried out an air aggression against the city of Deir ez-Zor and the Albukamal area, the results of Israel's aggressive actions are currently being evaluated
- a source in the Syrian government told Almasdarnews.

Although the Israel Defense Forces (IDF) did not comment on the explosions, SAR troops blamed the Israelis for the attacks.

Opposition activists often report attacks by the Israeli Air Force on Deir ez-Zor province, but these reports are often denied by the Syrian army. However, the attack last night was confirmed by Syrian troops. This is the second Israeli air attack on Syrian territory this year.
Ctrl Enter
Noticed oshЫbku Highlight text and press. Ctrl + Enter
We are
Israeli Air Force hit the Syrian army near Damascus
Syrian air defense is growing: Israeli air strike ends in nothing
Reporterin Yandex News
Read Reporterin Google News
102 comments
Information
Dear reader, to leave comments on the publication, you must sign in.