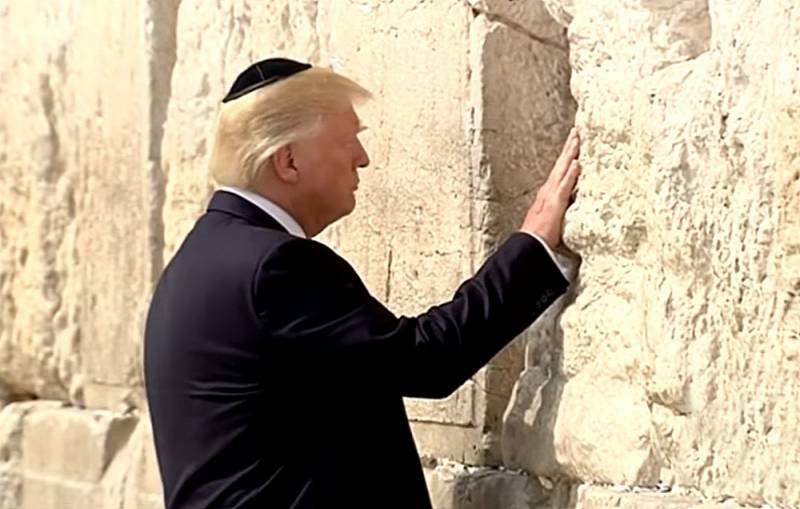 The final of the dramatic race for the post of the first person of the most powerful state in the world is approaching. The whole world froze in anticipation of 20.01.2021/XNUMX/XNUMX. And how did those who were given the most attention and love by the outgoing American President Donald Trump - the Jewish people? They are split into two camps. The question is - what is this split, convertible into a new union or not?


And what is the attitude to the final of this race in the EU?

Israeli Prime Minister Benjamin Netanyahu removed the cover photo from his Twitter page, where he was snapped with the current US President, Donald Trump.

What can I say here? As Shakespeare wrote - "The Moor did his job!" And the entire last life path of the 45th American president passes in the same typically dramatic, Shakespearean way. Those who swore allegiance to the recent "Lord of the World" hastily run away from him, as if from a plague patient.

But more recently, in December 2017, Trump recognized Jerusalem as the capital of Israel and ordered the American embassy to be moved there. Despite the opposition from the entire Muslim world, Trump went even further and announced in March 2019 that the United States would officially recognize the 1967 Golan Heights as Jewish territory.

All this was enthusiastically supported by Israeli Prime Minister Benjamin Netanyahu, and the opposition parties of this country, and Jewish lobbyists in the United States itself. And shortly before the election, Donald Trump said, addressing American Jews: "If you vote for the Democrats, you are betraying Israel and the Jewish people."

Everything is logical, especially after such truly royal gifts. But for some reason, more than three-quarters of Jewish Americans voted for Democrats in the elections. Or rather, by an absolute majority (77 percent for Biden versus 21 percent for Trump), the Jewish population of the United States voted for the Democratic candidate. So what is it that the US Jews have betrayed the interests of Israel? And after them, the de facto head of the Jewish state went over to their side, that is, to the side of Biden, having deleted the photo together with Trump on the cover on his Twitter page?

It turns out that the Jews of the United States and Israel have disagreements. After all, Israel was vitally interested in the victory of Donald Trump, who is sincerely disposed to Israel, in the US presidential election. But it turns out that Israel is not the main topic for most of their fellow tribesmen from the United States. And what then are the American Jews vitally interested in? And if the Israeli prime minister follows their lead, will he not alienate the voters in his own state?

Perhaps this people, as always, will sort it out in favor of their mutual interests, if the fatal case does not intervene.

And what about other Western countries and other democracies? The EU does not seem to hide its joy at the appearance of the newly elected Biden. And thus, it seems, the EU project is being closed.

The EU expects the new American president to return the United States to the Paris climate agreement. Maybe he will return, like he promised! But on other terms, those that will be more beneficial for the United States than for the EU. Does anyone really think Trump invented all this? No really. It is likely that larger uncles were behind him, who advised him to do this.

Returning to a nuclear deal with Iran? Well maybe. So Iran will be tested for "push-push" or "stay there - come here."

Return to WHO, change in approach to the WTO? And here are the pipes! The US will never lift the war of sanctions on any occasion, unless it becomes so weak that it needs someone's help (well, as it was with the USSR during World War II). And as soon as the enemy is defeated, the United States will immediately return to its previous state of confrontation with those who, in its opinion, may have a chance to threaten them.

Globalist America does not need any kind of EU. She needs the whole world. And who knows if in the coming years Trump's America will not be remembered as grown-up people remember the slipped away youth?

And Trump to his endgame, if nothing changes on January 20, 2021, can recall the words of the last Russian emperor Nicholas II - "All around there is treason, and cowardice, and deception."
Ctrl Enter
Noticed oshЫbku Highlight text and press. Ctrl + Enter
We are
"We must beat first": the geopolitical alignment around Russia is continuously deteriorating
Ten "defeats" of Putin
Reporterin Yandex News
Read Reporterin Google News
Ad
The publication is looking for authors in the news and analytical departments. Requirements for applicants: literacy, responsibility, efficiency, inexhaustible creative energy, experience in copywriting or journalism, the ability to quickly analyze text and check facts, write concisely and interestingly on political and economic topics. The work is paid. Contact: [email protected]
31 comment
Information
Dear reader, to leave comments on the publication, you must to register.
I have an account? Sign in