The situation with water in Crimea is getting worse: hopes for precipitation did not materialize 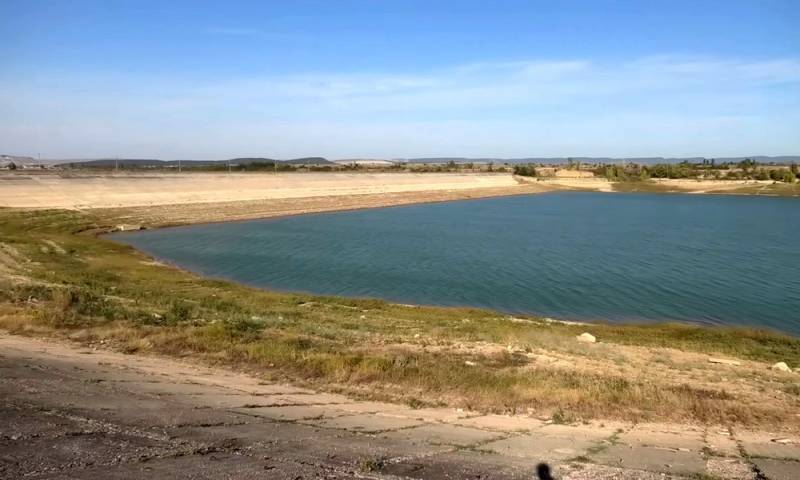 Since the beginning of this year, wet snow and rains have passed on the Crimean peninsula, which gave certain volumes of water to the South Coast, however, they cannot solve the problem of emptying reservoirs and, in general, are not yet able to justify the hopes for water supply to the Crimeans. The head of the Yalta administration Yanina Pavlenko spoke about the water problem and the difficulties of solving it at a meeting on the issues of water supply to Crimea.

The hopes that the beginning of the year will bring with it a significant amount of precipitation and replenish the reservoirs of Sevastopol did not come true
- the governor of the city Mikhail Razvozzhaev stressed with regret, speaking about the aggravation of the situation with water in the entire Crimea.

The governor noted that he hopes for the February and March precipitations, which will help partially solve the problem of providing citizens with water. Razvozzhaev also mentioned the need to continue efforts to find additional water sources and called on the population to take care of the available water resources.

One of the ways to solve this problem can be desalination plants, the first of which will be installed in Yalta. According to Yanina Pavlenko, a territory for the installation has already been found, however, due to the lack of a Russian regulatory framework for the use of desalinated water, the head of the administration asked the Governor of Crimea Sergei Aksenov to give appropriate instructions.
Reporterin Yandex News
Reporterin Yandex Zen
10 comments
Information
Dear reader, to leave comments on the publication, you must sign in.