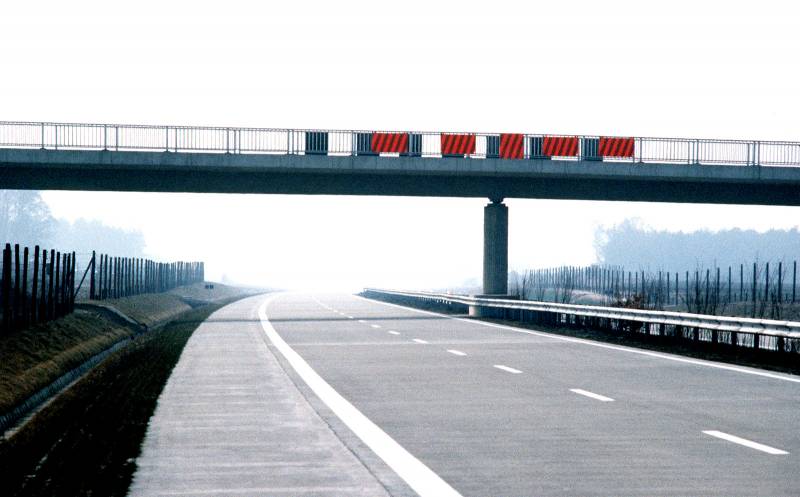 A major infrastructure project is starting in Russia, which should become a driver of development economics and make our country a full-fledged component of the largest transport corridor between Europe and Asia. The M12 expressway will connect Moscow with Kazan and provide industrially developed Tatarstan with a convenient access to foreign markets.


The idea of ​​connecting the capital of the USSR with friendly Beijing by a direct road was in the air back in the fifties of the last century, but after the PRC's transition to the "American vector" of development, the project was frozen. They had to return to the forgotten idea in 2008, when the trade turnover between China and the European Union increased to hundreds of billions of euros amid increased geopolitical risks from the United States. The high-speed highway between Moscow, Nizhny Novgorod and Kazan, called the M12, is to become part of a single transport corridor between Western China and Western Europe. Initially, it was supposed to build a high-speed railway between the capitals of the Russian Federation and Tatarstan, but this idea had to be abandoned for a number of reasons, including the very high cost.

However, the motorway will not be the cheapest pleasure either, since it will have to be built from scratch. With four traffic lanes, its length will be 729 kilometers. The project cost is tentatively estimated at 550 billion rubles, seven contractors have been selected, each of which will build its own section of the road. Interestingly, a Chinese company will be one of them for the first time. Completion of construction is scheduled for 2024, although a number of experts admit that the timing may shift to the right until 2025 due to possible problems with land allocation in the regions. Funding in the amount of 70% will fall on the federal budget, it is assumed that the placement of infrastructure bonds will be carried out. Because of this, travel on the expressway will become toll, its cost is still unknown.

What exactly will this project give to our country?

At firstDuring the crisis, this megaproject is itself a driver of economic development. Construction companies transfer orders to subcontractors who produce building materials, a special technique, new jobs are created, local budgets receive additional tax revenues. Transport connectivity between key regions of the Russian Federation is improving.

Secondly, the Republic of Tatarstan receives an additional incentive for development. As you know, Kazan pays increased attention to its industry, creating ever new clusters and special economic zones. These are the SEZ "Alabuga", opened in 2006, and the cluster "Innokam", registered in 2012, engaged in the automotive industry, petrochemistry and oil refining, and the SEZ "Innopolis", created in the same year, dedicated to the development of IT technologies. Tatarstan is one of the most industrially developed regions of Russia and needs a convenient transport infrastructure, therefore it actively lobbied for the construction of the M12 highway. Local manufacturers will have access to foreign markets, and new assembly plants of foreign companies, primarily Chinese, will be able to open in the republic.

Thirdly, in 4-5 years Russia will finally become a full-fledged part of the Eurasian transport corridor. The Chinese and Kazakhstani sections of the route have long been built, so it is important for Moscow to fulfill its international obligations from an image point of view. But the point, of course, is not only in the image. Our country will receive a convenient highway, the speed of movement on which will double in comparison with the existing roads. It will connect key Russian regions with neighboring Kazakhstan and further with China. Freight traffic along this transport artery by 2025 is estimated at 70 million tons, and the overall macro effect is almost 2,5 trillion rubles. To do this, it will be necessary to build a network of logistics chains along the route: warehouses, transshipment points and so-called bonded zones.

Thus, the M12 motorway can literally be called the most important infrastructure project that will support the overall economic development of Russia.
Reporterin Yandex News
Reporterin Yandex Zen
18 comments
Information
Dear reader, to leave comments on the publication, you must sign in.