How Russia is rebuilding its ocean-going fleet 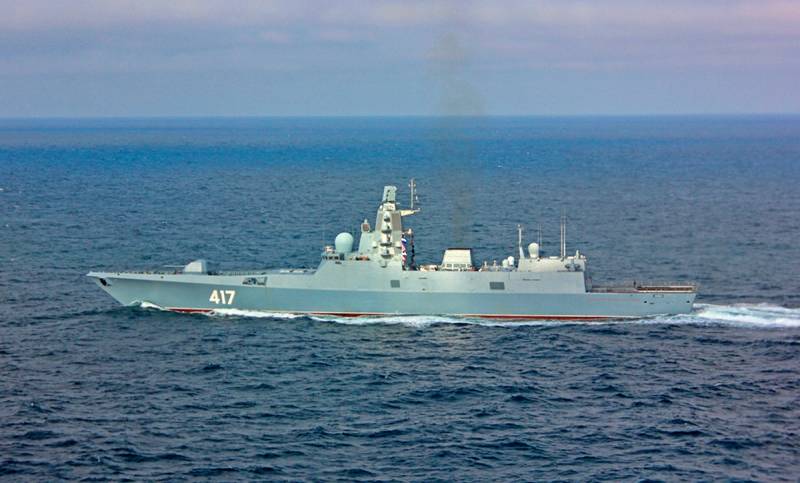 According to the British edition of The Guardian, the Pentagon has instructed its navies to act "more aggressively" against the Russian and Chinese navies. It is easy to guess that we are talking about "ensuring freedom of navigation" on our Northern Sea Route and in the Gulf of Peter the Great, as well as in the South China Sea. The pace of construction of the PRC's naval forces is striking, but how can Russia respond to the challenge from the world's strongest naval power?


Let's face it, our fleet is very seriously inferior in size and armament to the American one, moreover, it is scattered across several seas, where it guards the state borders of Russia. The real threat to the United States is posed by the underwater component, which is the most important component of the "nuclear triad" of the Russian Defense Ministry. With the surface fleet, everything is worse, the warships of the far sea zone, our cat cried. But in recent years, the situation has begun to change for the better. At the end of the outgoing 2020, Defense Minister Sergei Shoigu reported:

The navy received two modern submarines, seven surface ships, 10 combat boats, 10 ships and support boats.
Among the novelties, it is worth noting the Knyaz Vladimir nuclear submarine of the updated project 955A Borey, capable of carrying 16 Bulava ICBMs, which is an effective means of nuclear deterrence. The frigate of project 22350 "Admiral of the Fleet Kasatonov" was also accepted into the fleet. A total of 10 such frigates are planned in the series, which were supposed to become the basis of the Russian naval fleet in the far zone, but the construction faced a lot of difficulties and delays. A big blow to the domestic military-industrial complex was the refusal of Ukraine to supply aircraft and ship power plants to Russia, which greatly shifted the deadlines for the delivery of new ships to the right. KB Almaz and NPO Saturn had to master import substitution of key components. It is expected that by 2025 the Ministry of Defense of the Russian Federation will receive six frigates of the "admiral" series, and the fifth and sixth ships will be reinforced. Also in the future, it is possible to build "Super Gorshkovy" according to the modernized project 22350M with an increased displacement.

While the fleet is gradually being updated with new series, mention should be made of the modernization program for existing ones. The renewed TARK Admiral Nakhimov of the Orlan project, in which they intend to stuff 240 attack missiles and 240 guided anti-aircraft missiles, by the end of 2022, can become a formidable force. The Russian cruiser will be the strongest in the world, capable of delivering strikes with Kalibr, Onyx and Zircon missiles, as well as providing reliable cover for other ships of the fleet. If the defense industry gets their hands on Admiral Lazarev, making it the flagship of the Pacific Fleet, Russia's capabilities in this key region will seriously increase.

A series of old Soviet BODs of Project 1155 is also undergoing deep modernization. Initially sharpened for anti-submarine warfare as part of formations, they will receive updated radar and electronic warfare systems, an air defense system, as well as a universal launcher for Caliber, Onyx and Zircon missiles. ... The first ship of this series, "Admiral Shaposhnikov," last year underwent a "renovation", increasing its combat capabilities, the remaining six frigates are next.

It is quite obvious that Moscow does not intend to be content with only the coastal fleet. Last year, our Navy received a large landing ship of project 11711 "Pyotr Morgunov", which is capable of carrying a reinforced marine battalion with technique... The fact that the Ministry of Defense is preparing to act abroad may be evidenced by the laying in Kerch of two large universal amphibious assault ships of the 23900 project. Theoretically, these UDCs in the future may even turn into light aircraft carriers, which we will discuss in detail told earlier.

Taken together, this means that Russia is gradually returning to the status of powers with a surface ocean-going fleet.
Reporterin Yandex News
Reporterin Yandex Zen
29 comments
Information
Dear reader, to leave comments on the publication, you must sign in.