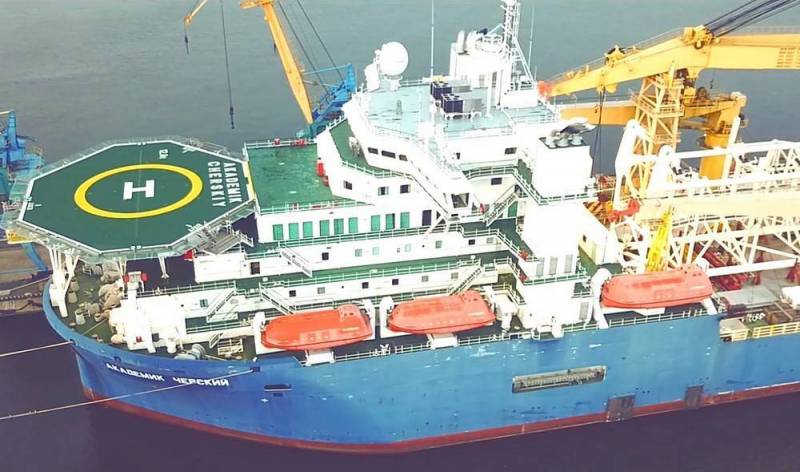 The "last and decisive" battle for Nord Stream 2 is coming. In order to keep pace with President Putin's promised end of the first quarter of 2021, Gazprom appears ready to violate US sanctions. But will this lead to the desired start of the full-fledged operation of the Russian-German gas pipeline?


In order for the project to take place, it is necessary to complete three "quests" at once: to complete it on our own, bypassing the sanctions, to achieve its certification according to European standards bypassing the sanctions, and, finally, to remove the restrictive norms of the Third Energy Package, which left the pipeline half empty. The European partners left the first two tasks to Gazprom, while Germany, as the main beneficiary of Nord Stream 2, took the third solution.

The federal state of Mecklenburg-Vorpommern has decided to create an environmental fund "Climate and Environment Protection MV", which is conceived as a way to circumvent American restrictions. This structure will not participate directly in the construction and management of the gas pipeline, but it can be used as a "buffer" for interaction between the rest of the project participants. It is assumed that this will be something like a European mechanism to bypass Washington's sanctions against the purchase of Iranian oil.

True, this is precisely what gives reason to doubt the viability of the ecological fund. Not a single EU company has ever used the mechanism to bypass restrictive measures and began to buy "black gold" from Tehran. This is understandable: the United States will still find out who bought the Iranian oil, so there were no people willing to be included in the “black list”. All this raises a logical question, what are the Germans counting on this time? The only reasonable explanation is that Berlin is hoping for a compromise with Washington on each individual Nord Stream 2 partner, which will operate through an environmental fund.

The second, much more realistic challenge facing Climate and Environment Protection MV is an attempt to remove the Russian-German gas pipeline from the EU Third Energy Package, which left one of its two pipes empty. These measures were openly discriminatory and absurd in nature, being taken for political reasons. There is simply no alternative gas supplier there. Theoretically, Nord Stream 2 can be taken out of the restrictions, giving it the status of a climate and environmentally significant project for Europe. Indeed, after its launch, the EU will receive an additional 55 billion cubic meters of "blue fuel", which will lead to a decrease in carbon dioxide emissions, and in the future, this transport network will be able to pump not only a mixture of gas with methane, but also hydrogen, which will give the project a "plus sign to karma. "

This is all well and good, but the pipeline has not yet been completed and certified. The main obstacles are US sanctions, which make the relevant international companies unwilling to risk being blacklisted by the US. Despite this, the Russian pipe-laying vessel Akademik Chersky appeared in Danish territorial waters, where it has no right to work without international insurance, which no one is ready to provide it yet. Is this a means of psychological pressure, or is Chersky, like the Varyag once, really ready to go for a breakthrough?

Hypothetically, this problem can be solved in two ways: either create the appropriate Russian companies that are destined to fulfill their mission and disappear under the yoke of sanctions, or simply buy existing foreign insurance and certification companies for exactly the same purposes. With the first, there may be serious difficulties on the part of the EU bureaucrats, but the second option is much more likely, there would be enough money. However, the press has not yet written about anything like that, so we will assume that the pipe-laying vessel still has no insurance. There is a strong impression that Gazprom intends to throw Akademik Chersky and other supply vessels into battle, regardless of the sanctions consequences.

If so, then this is a rather interesting approach that the European partners will appreciate. Curiously, what will the domestic monopolist do if NATO ships are forced out of Danish territorial waters by force? Call our Baltic fleet for help? Or is such a scenario not even considered?
Reporterin Yandex News
Reporterin Yandex Zen
10 comments
Information
Dear reader, to leave comments on the publication, you must sign in.