"The most powerful tactical strike aircraft": NI spoke about the new variants of the Su-34 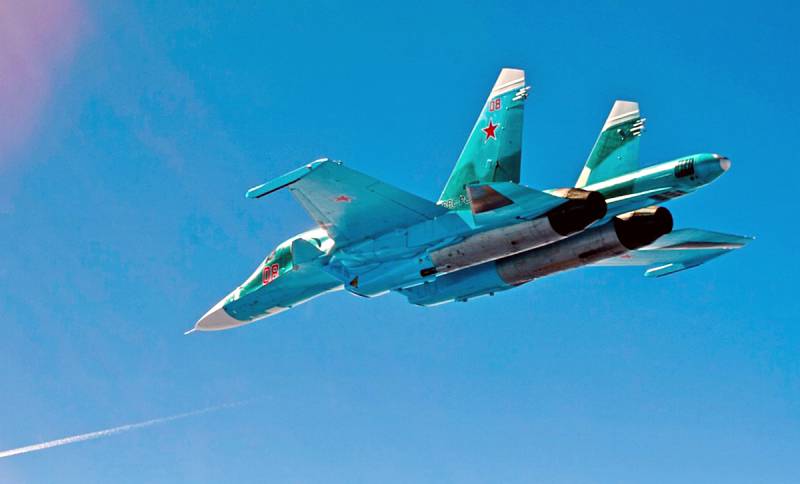 The Su-34 (NATO Fullback) is one of the most powerful strike fighter-bombers in Russia, combining a time-tested airframe design with a variety of modern combat systems. The innovative combat flying vehicle is reported by The National Interest.


The Su-34 entered service with the Russian Air Force in 2014 as an all-weather two-seater supersonic front-line bomber of the 4+ generation. Currently in development are two improved versions of the Su-34. The first is an electronic warfare (EW) aircraft capable of effectively masking the movements of friendly fighters. The second is the reconnaissance option.

The basic configuration of the Su-34 includes the Khibiny electronic countermeasures system. Future specialized Su-34 models will be supplied with the new Pika-M side-looking radar with a target detection range of up to 300 kilometers.

The Su-34 boasts a wide range of weapons. Its 12 hardpoints are compatible with a variety of missiles and bombs to destroy air, ground and surface targets.

The Su-34 has shown its best side in the Syrian conflict and has undergone extensive modernization. This is practically a fifth generation aircraft
- noted the Deputy Head of the Defense Department of Russia Yuri Borisov.

Now there are about 120 Su-34 units in operation. In the future, it can become the main component of Russia's tactical bomber aviation for decades to come.
Reporterin Yandex News
Reporterin Yandex Zen
10 comments
Information
Dear reader, to leave comments on the publication, you must sign in.