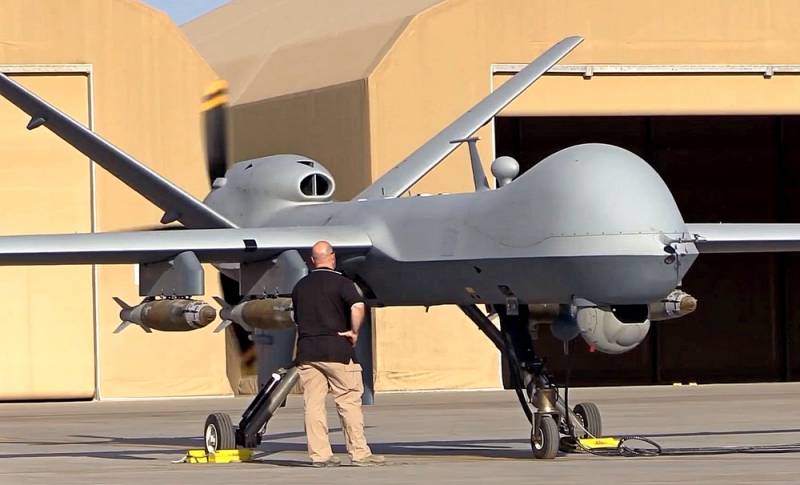 The Black Sea region is actively militarizing and is again turning into an arena for NATO's confrontation with Russia. But today the situation is aggravated by the fact that our former allies have become henchmen of the North Atlantic Alliance. This forces the Ministry of Defense of the Russian Federation to pump up the military group in Crimea, saturating it with the most modern types of weapons.


The importance of the Black Sea for Russia can hardly be overestimated. From it, through the Turkish straits, foreign trade in grain, oil products and other export goods goes. The supply of our military contingent in Syria is carried out in the same way, without it the functioning of a new naval base in Sudan is impossible, etc. Until 1991, the USSR dominated the Black Sea, thanks to the support of the allied Bulgaria and Romania. The only obstacle on his way to the Mediterranean was Turkey, which the corresponding group was ready to hack at any moment.

Unfortunately, after the collapse of the Soviet Union, Bulgaria and Romania quickly moved to the EU and NATO. The Russian presence in the Black Sea was reduced to several ports in the Krasnodar Territory and the naval base in Sevastopol, which until 2014 had to be rented from Kiev. At the same time, the American military looked at Crimea with great interest, hoping to move there after the Russians were kicked out the door. Today the entire Black Sea region is represented by countries that, to put it mildly, are not friendly to us: Turkey, Ukraine, Georgia, Romania, Bulgaria. The exception is, perhaps, Abkhazia, but, with all due respect to it, there is not much sense from this.

The strategy of the RF Ministry of Defense is to create so-called A2 / AD (anti-access and area denial) - defense zones where a potential enemy cannot be present and act without unacceptable damage to him. A similar effect is achieved through the interaction of the Iskander-M OTRK, the S-300 and S-400 air defense missile systems, as well as the Bastion-P coastal missile systems. Such zones include, for example, Kaliningrad in the Baltic, Khmeimim airbase in Syria, Sevastopol and Novorossiysk on the Black Sea. Now it becomes clear how the Pentagon intends to "hack" them.

By analogy with computer systems, A2 / AD zones need to be “overloaded”, forcing them to be dispersed across multiple threats. How this will happen can be seen right now in Romania. First, NATO warships with serious weapons on board became regular guests there. Then in Romania were built elements of the American missile defense system, the ground version of the Aegis Ashore. It's no secret that its Mk 41 launchers can be converted literally in a day for Tomahawk cruise missiles. Thus, from a defensive system, Aegis Ashore will turn into an offensive one. More recently, it was to Romania that the United States deployed its MLRS HIMARS for demonstration shooting.

But now Bucharest has given the go-ahead for the deployment of an MQ-9 Reaper reconnaissance and strike UAV and a detachment of the American military in the city of Campia-Turziy on a permanent basis. Each such drone can carry up to 4 AGM-114 Hellfire air-to-ground missiles or GPS-guided Mark 82 bombs, depending on modification. The MQ-9 Reaper has proven effective in Iraq and Afghanistan. By the way, it was with the help of such a UAV that Iranian General Qassem Soleimani was killed. Drones are much cheaper than planes, their flight duration is longer, the operators operating them are safe, and they can work in shifts.

Following the successes of Turkish drones in Syria, Libya and Nagorno-Karabakh, there is a steady trend. It is clear that attack UAVs are truly effective only against an enemy that does not have modern air defense systems. Russia has them, but the situation will change if the United States "scales" its military infrastructure in the region. When elements of a "dual-use" missile defense system, MLRS HIMARS, as well as bases with American and Israeli-made shock reconnaissance drones begin to appear in Bulgaria, Georgia and Ukraine, the Pentagon will be able to create a real "air armada" in the Black Sea region, which is capable of attacking at once Overload our air defense.

It is not surprising that the RF Ministry of Defense is putting forward the most modern missile defense systems for the protection of Crimea and Novorossiysk. And this year on the peninsula will begin construction of the newest radar station "Yakhroma", which is capable of operating in four bands, and its coverage will be 270 degrees. Similar radars will appear in the Kaliningrad and Amur regions, as well as in Vorkuta.
Ctrl Enter
Noticed oshЫbku Highlight text and press. Ctrl + Enter
We are
"We must beat first": the geopolitical alignment around Russia is continuously deteriorating
Ten "defeats" of Putin
Reporterin Yandex News
Read Reporterin Google News
15 comments
Information
Dear reader, to leave comments on the publication, you must sign in.