T-64 "Crab" and UAV "Sokol-M": in Ukraine named the most anticipated new weapons 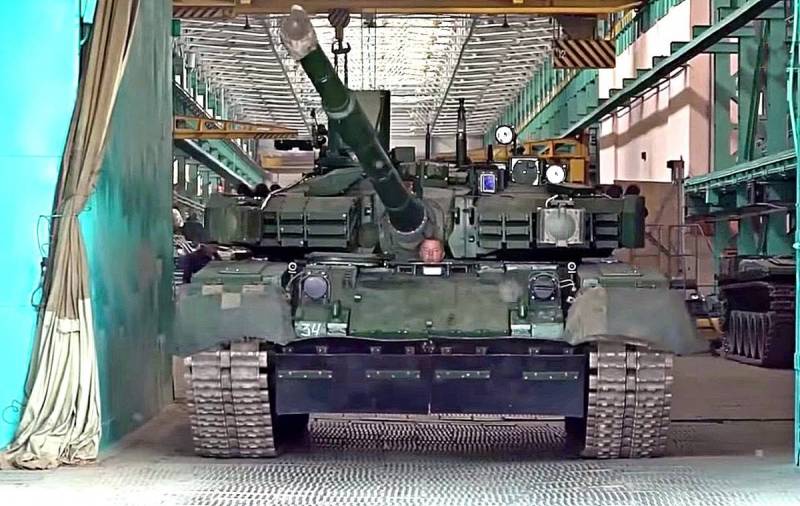 In 2021, a substantial number of the latest developments of the Ukrainian military-industrial complex will be sent to Ukrainian test sites for testing. Therefore, it makes sense to name the five most anticipated weapons novelties that are of real interest, writes the Ukrainian portal Defense Express.


It should be noted that some samples equipment and ammunition will begin only the first tests, while others are at the finish line and are expected to be adopted.

By the end of the year, the first prototype of the deeply modernized T-64 "Crab" tank from the KMDB is to leave for the test site. It should become an MBT of the Armed Forces of Ukraine and remain in this capacity until 2045. The tank will combine the best solutions tested on the T-64BM "Bulat", T-84 and T-84BM "Oplot" (both based on the T-80UD).


The tank will have a state-of-the-art sighting system that will expand the enemy detection zone from today's 0,8 km on conventional T-64Bs to 5-8 km, and it will be possible to use modern high-precision ammunition. It will be equipped with a modular complex of dynamic protection "Knife", anti-cumulative lattice screens and sensors warning of laser exposure. Engine 5TDF, 700 hp will be replaced by a 6TD-1 1000 hp This will provide a power density of at least 22 hp / t if the weight of the Crab is similar to that of Bulat and is 45 tons.

In the year that has begun, the tests of the 155 mm caliber Bogdan wheeled self-propelled guns from the Kramatorsk Heavy Machine Tool Plant should be continued. A year ago they were interrupted due to lack of ammunition, but the Czech company Excalibur Army has already supplied the necessary ones. At the same time, 2019 units of 134-mm artillery ammunition delivered at the end of 155 by Spetstechnoexport from the Turkish company MKEK caused some misunderstanding between the Ministry of Defense, Spetstechnoexport and the developer of the ACS. Therefore, soon it will be possible to see how "Bogdana" is firing.

MLRS "Alder-M" from GKKB "Luch" with a range of 110-120 km should go to state tests and after their completion be put into service. It has a greater range compared to the conventional Alder, which has a range of 70 km.

The reconnaissance and strike UAV of the operational-tactical level "Sokol-300" from the GKKB "Luch" should take to the skies in 2021. Its full-size model was shown in November 2020. The drone can also be used as a target designator for the "Neptune" SCRC and the "Alder" MLRS.

The firing tests of the Typhoon-1 from the Yuzhnoye design bureau should continue. This is 122 mm ammunition for the Grad MLRS, flying 40 km instead of 20 km. Developed "Typhoon-1M" and ammunition for the 220-mm system of the type BM-27 "Uragan" - "Typhoon-2".


Taking into account the creation of 122-mm systems "Ivushka" and "Berest", as well as the presence of 220-mm "Uragan", the upgrade of rockets will significantly increase the combat effectiveness of the rocket artillery of the Armed Forces of Ukraine, the Ukrainian media summed up.
Ctrl Enter
Noticed oshЫbku Highlight text and press. Ctrl + Enter
We are
Russia was able to collect combat vehicles superior to the enemy from old tanks
Defense Express: Russian tank Armata has Ukrainian roots
Reporterin Yandex News
Read Reporterin Google News
10 comments
Information
Dear reader, to leave comments on the publication, you must sign in.