Finns argued about planes for war with Russia 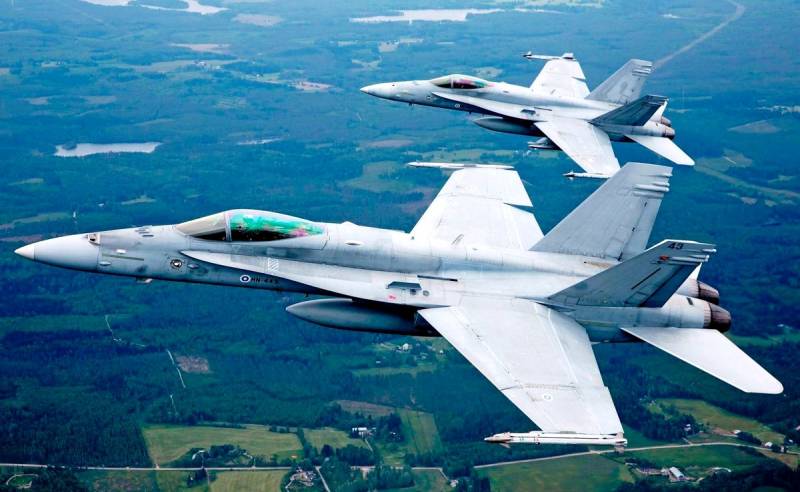 A new article by the Finnish business newspaper Kauppalehti touches upon the selection of a single combat aircraft for the Baltic region countries.


For example, Harri Kreus, a retired naval officer who now heads the Liberal Party, believes that Finland, Sweden and the Baltic countries should form a single air defense area with common command structures. In addition, these countries should change to one combat aircraft model.

Equipped with air-to-air missiles such as the MBDA Meteor and Iris-T, as well as other modern weapons and electronic equipment, the Gripen-E / F would definitely become a counterweight in the Baltic and North that Russia cannot ignore in its aggressive inclinations
- quotes the edition of the word Finnish policy.

Finland, Sweden and Norway could choose the same type of aircraft and take up joint defense. In this case, Finland would have had enough and 30 new fighters. A total of 90 units, if placed correctly, would be enough to ideally defend our northern region. It would also help deepen defense cooperation without being too tied to NATO.
- suggests kimmorintamaki.

Russia is constantly attacking its neighbors. Have you forgotten the Winter War?
- Janne Alanne.

[…] I wonder if this guy got a well-paid job after leaving the service? In fact, that [unification] would be a bad idea. After all, this way Russia can easily develop a countermeasure strategy, as well as attack plans based on the weaknesses of the opponents, because they have the same equipment. If all countries had different aircraft, then the enemy (Russia) would have to improve their own strategies in order to oppose each state and type of machine
- judged Sami Miettinen.

This strange text appeared when the press started talking that Sweden had teamed up with England to develop a new car.
- reminded Markku Matikainen.

The aforementioned air-to-air missiles alone are not enough for Finland's needs. There should also be strike weapons that can destroy radar stations and other targets from a distance of hundreds of miles. This is the only way to work a really effective deterrent. And this is only if Russia has to confront many different aircraft models. A single sample is completely unnecessary if there is no common defense
- reflects the reader Markus Maki.

Does Finland have other neighbors who would be interested in taking away a piece of our Baltic coast, besides Russia? The leadership of this country has always been unpredictable. Several decades ago, Zhirinovsky was a presidential candidate there, and in his campaign speeches he said that his first task would be to capture Finland [...]
- says user Jarmo Miettinen 10981.
Reporterin Yandex News
Reporterin Yandex Zen
1 comment
Information
Dear reader, to leave comments on the publication, you must sign in.