Heavy responsibility for the destruction of the Mi-24: what the Kremlin hinted at to Azerbaijan 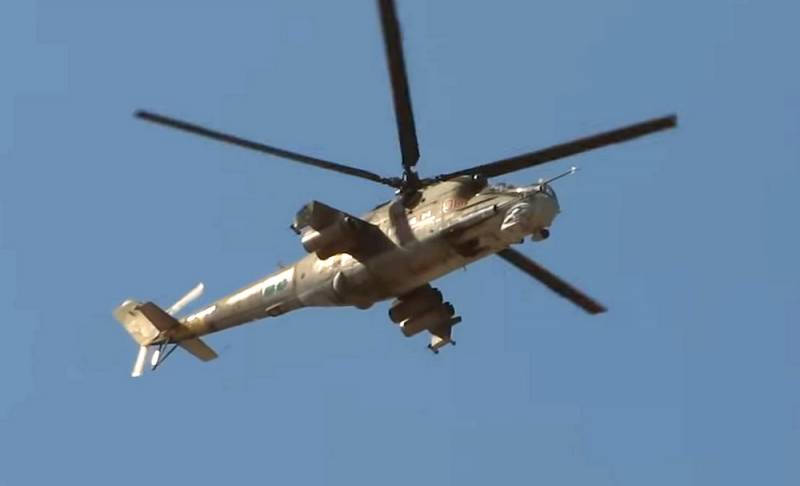 Relations between Moscow and Baku after the 44-day Karabakh war can now reach a fundamentally different level. The Investigative Committee of the Russian Federation has reclassified the article in the criminal case on the fact of the destruction of the Russian Mi-24 helicopter by the Azerbaijani military to a more serious one, for which liability is stipulated up to life imprisonment. There is a rather sharp change in the attitude towards yesterday's "friends and partners" after the demonstrative neutrality in the war and unjustified friendliness in the death of our pilots. Why would it suddenly?


The tragic incident took place at the close of the war in Nagorno-Karabakh, which ended with the victory of the alliance of Baku and Ankara over Yerevan and Stepanakert. The Russian combat helicopter was shot down from MANPADS outside the combat zone over the territory of Armenia, which is part of the CSTO. Baku immediately recognized this fact and apologized, saying that it was allegedly due to a mistake. President Aliyev expressed his condolences to the families of the killed pilots and promised a thorough investigation. Azerbaijani law enforcement officers opened a criminal case under Art. 342.2 (negligence in service, resulting in the death of two or more people through negligence, which took place in wartime and in combat conditions). Moscow reacted very favorably to the initiative of the "partners" and did not respond in an "eye for an eye" style, which was demanded by the agitated Russian public. But now they suddenly changed their position abruptly, actually accusing Azerbaijan of premeditated murder of our military, and this, if desired, is quite a "casus belli". What could this be connected with?

Russia's non-interference (direct or indirect) in the conflict in Nagorno-Karabakh on the side of the Armenians can only be explained by the Kremlin's desire to maintain friendly and partner relations with Yerevan, Baku, and Ankara at once, standing on the sidelines. However, it turned out a little differently. The joint victory over the common enemy only solidified the informal union of Turkey and Azerbaijan, which consider themselves a single people divided into two states. Now the Azerbaijani's brother is not Russian, but a Turk, a fundamental choice, in general, has already been made and formalized.

On the one hand, this is the personal relationship between two sovereign countries. On the other hand, the alliance between Ankara and Baku is a cornerstone in the foundation of the so-called “Great Turan”. This is not the union state, not the union of Turkic-speaking states, which, in addition to Turkey and Azerbaijan, can also include Uzbekistan, Kazakhstan and Turkmenistan. President Erdogan is pursuing an extremely active expansionist policies in the territories that were once part of the Ottoman Empire. But not only on them. A few days ago, the Turkish edition of AHaber published an interesting map on which the Russian North Caucasus, the Volga region and Siberia were included in the "zone of influence" of Ankara. Another Turkish edition, Türkiye, spoke in tune with him, calling Crimea "an illegally annexed ancient Turkic land." Oil painting.

In reality, "Great Turan" can be a kind of supranational integration association, which can grow into a "Central Asian NATO" under the auspices of Ankara. Of course, it will not annex the Russian territories directly, but it will strengthen its influence in them through “soft power”, which will attract the growth of Islamist and separatist sentiments. The emergence of such a pan-Turkist project will naturally mean the collapse of Eurasian integration around Russia. In general, "Great Turan" does not shine anything good for us.

Of particular concern is Turkey's activity in increasing its combat capabilities. Ankara has the second-strongest ground army in NATO, a powerful fleet, is developing its own fifth-generation fighter jet, and its strike UAVs have performed well in Syria, Libya and Nagorno-Karabakh. All this is traditionally dismissed in our country with nuclear weapons, which beat any trump card. But what if Turkey itself becomes a nuclear power? President Erdogan personally announced such ambitions last year:

Some countries have missiles with nuclear warheads, why can't we have them? I cannot accept this. Israel is next to us, and it scares us.
And after all, he really can get his nuclear arsenal. Just the day before, the Indian press published a publication in which it was told with great concern about the negotiations between Ankara and Islamabad on the possibility of Pakistan's transfer of Turkey of technologies production of nuclear weapons. It is reported that the Pakistani authorities allegedly gave their consent. Recall that Islamabad itself received a nuclear arsenal not without the help of China, which was interested in containing India.

If Turkey also becomes a nuclear power in a few years, it will change a lot. Its military and political weight in the macroregion will multiply, and the construction of the "Great Turan" around it will become only a matter of time. In this context, the re-qualification of the article for the murder of the Russian military by the Azeri ones looks like an attempt by Moscow to exert a restraining influence on Baku, which is the first in line for economic, political and military integration with Ankara. Extremely belated, let's face it.
Reporterin Yandex News
Reporterin Yandex Zen
32 comments
Information
Dear reader, to leave comments on the publication, you must sign in.