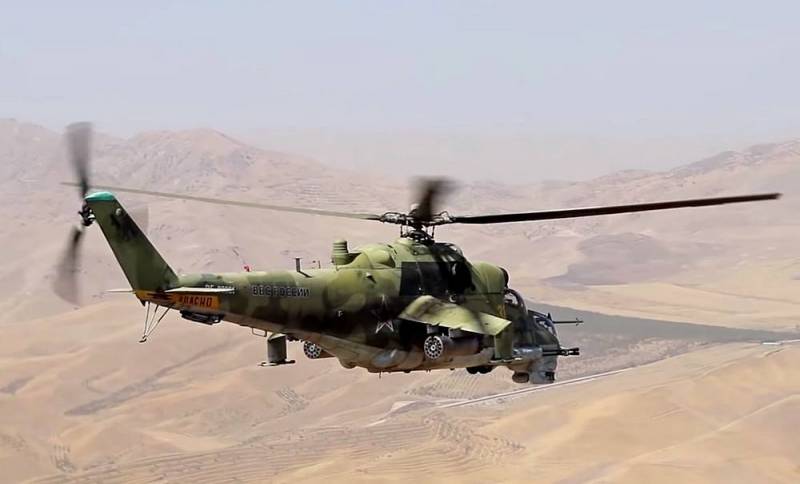 The case of the Mi-9 helicopter of the Russian Aerospace Forces attacked on November 24 last year on the Armenian-Azerbaijani border was re-qualified by Russian investigators for a more serious article - premeditated murder (part 2, article 105 of the Criminal Code of the Russian Federation). Initially, the perpetrators were charged with a crime under Article 351 (death by negligence), punishable by up to 7 years in prison. Reported by the agency Interfax.


According to an informed source, now the punishment for the committed crime can include life imprisonment. Moscow's statement on the deliberate destruction of the Russian helicopter by the Azerbaijani side was adopted following the results of earlier investigative actions.

It is difficult to say how long the investigative measures will take. The investigation of the incident is made difficult by the fact that the suspects in the attack on the Mi-24 are in another state. The case is being handled by lawyers based at the Russian military base in Gyumri, Armenia.

A Russian Mi-24 helicopter was shot down over Armenian territory outside the zone of military conflict, two soldiers of the Russian Armed Forces were killed, one was wounded. The Mi-24 accompanied the base convoy near the Yeraskh settlement near the border with the Nakhichevan Autonomous Republic, which is part of Azerbaijan. On the evening of November 9, Russia, Azerbaijan and Armenia signed a trilateral agreement to end the military confrontation in the NKR.
Ctrl Enter
Noticed oshЫbku Highlight text and press. Ctrl + Enter
We are
The "night governor" from the Tambov organized criminal group was accused of the murder of Starovoitova
Yulia Tymoshenko faces prison again
Reporterin Yandex News
Read Reporterin Google News
Ad
The publication is looking for authors in the news and analytical departments. Requirements for applicants: literacy, responsibility, efficiency, inexhaustible creative energy, experience in copywriting or journalism, the ability to quickly analyze text and check facts, write concisely and interestingly on political and economic topics. The work is paid. Contact: [email protected]
116 comments
Information
Dear reader, to leave comments on the publication, you must sign in.