AGM-69 versus S-300: how the USA planned to destroy our air defense 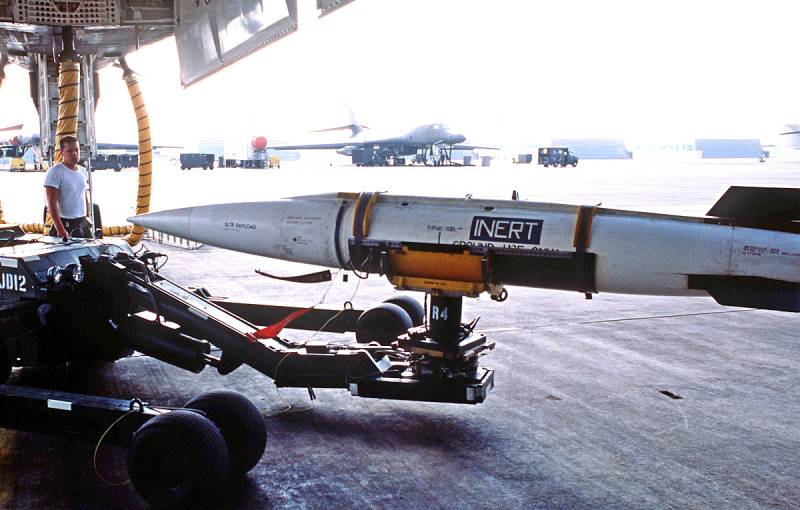 During the Cold War, the United States and its NATO allies faced the problem of overcoming the deeply echeloned air defense system of the Warsaw Pact Organization, which was the most effective in the world on the territory of the USSR, writes the American edition of Military Watch.


The US military spent a lot of money on the development of means to penetrate and deliver tactical and strategic nuclear strikes on Soviet territory. At the same time, the USSR invested heavily in the constant modernization of its defense.

At the start of the Cold War, the United States focused on deploying large numbers of very expensive B-70 bombers, which at high altitude at Mach 3 had a chance to penetrate the Soviet air defense system. However, the USSR developed air defense systems optimized for high-altitude guidance.

Towards the end of the Cold War, the United States changed its strategy. They decided to create a large number of B-1B Lancer supersonic bombers that would carry out their plans at low altitudes, where tracking and neutralization is difficult. But the further strengthening of the Soviet air defense, including the introduction of mobile air defense systems and the deployment of a large number of MANPADS, made it difficult to implement these plans.

The use of stealth aircraft was another niche US opportunity that had potential. However, the crudest American strategy to neutralize Soviet air defenses, but potentially the most effective, was the use of aging B-52s armed with tactical nuclear weapons. They were supposed to destroy the enemy's air defense system with massive and disproportionate attacks.

The B-52 was neither supersonic nor inconspicuous, and it could not fly at ultra-low and ultra-high altitudes. During the Vietnam War, a huge number of B-52s were destroyed. It should be borne in mind that the air defense system there was not dense and did not even approximately resemble the protection of the OVD, and even more so the USSR.

The B-52 was equipped with an AGM-69 Short Range Attack Missile (SRAM) tactical nuclear missile. It is an air-to-surface aeroballistic guided missile, which entered service in 1972. It was worth more than $ 0,5 million at the time. The range of its action was 160 km, it carried a warhead with a capacity of 17 to 210 kilotons. The rocket's weight was 1010 kg, and the speed was Mach 3,5. Thus, it is incorrect to call this ammunition tactical, since the Malysh bomb dropped on Hiroshima in 1945 was 13-18 kilotons, and the Fat Man bomb dropped on Nagasaki was 21-25 kilotons.

The lack of accuracy of the AGM-69 (within 450 m) was more than compensated for by its power. It was planned to deploy an air fleet of improved B-52s. Moreover, each of the bombers would carry 20 such missiles. A blow of unimaginable force was to fall on the Soviet air defense. The B-52G and B-52H bombers were supposed to break through the air defense, despite the losses. After the destruction of the air defense, they had to go to the destruction of Soviet cities. The industrial centers were their main target.


In 1993, the missile was withdrawn from service, in part due to concerns about the questionable workmanship. Suspicions arose that the warheads might become unstable. Cracks were found in various parts of the rockets and their engines. So it is very good that no one dared to use them.

In the 1980s, the capabilities of the USSR air defense increased and it became very risky to attack from any distance closer than 500 km. The main threat was now posed by the MiG-31 interceptors and their missiles. At the same time, post-Soviet Russia, despite an extensive and sharp decline, has retained its defense sector. She modernized the S-300 and further strengthened the air defense system.
Reporterin Yandex News
Reporterin Yandex Zen
2 comments
Information
Dear reader, to leave comments on the publication, you must sign in.