The USA made the work of "Nord Stream 2" impossible 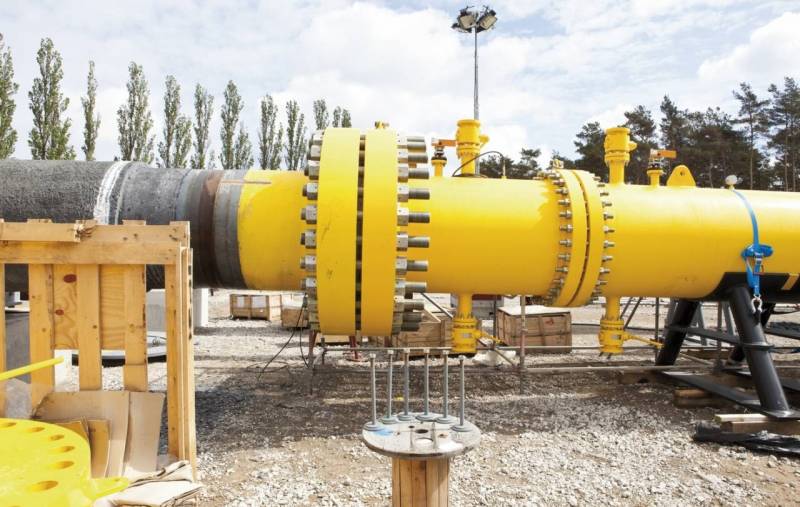 2021 started with not the best News For Russia. The United States adopted a package of new sanctions against Nord Stream 2, which raise the question of the advisability of further construction of this long-suffering gas pipeline.


Nord Stream 2 and Turkish Stream were part of Gazprom's strategy to bypass Ukraine. Unfortunately, it has shown itself, on the whole, not very successful. Last year, the domestic monopolist was forced to sign a very unprofitable five-year transit contract with Kiev, and there is no doubt that no one in the West is going to release Russia from Nezalezhnaya regarding the supply of "blue fuel" to Europe.

Under pressure from the United States, the norms of the Third Energy Package were extended to the Nord Stream 2 under construction, as a result of which its capacity was halved from the design 55 billion cubic meters per year. A year ago, Washington imposed sanctions on pipeline contractors, and the Swiss company Allseas immediately quit its job. Gazprom had to drive out Akademik Chersky from the Far East and re-equip it, but so far it can do nothing to help in the completion. The Russian vessel, the only one suitable for laying pipes at great depths, does not have adequate insurance, without which it cannot operate in Danish waters. Representatives of the community of international insurance companies made it clear that they were not ready for the sake of Nord Stream 2 to fall under US sanctions and lose their business. Because of this, all the activity of the Gazprom flotilla so far is only in German waters.

But it is not enough to build a gas pipeline, it still needs to be certified according to European standards so that it can start working. And everything is very bad here. Some time ago, the Norwegian company DNV GL reported that due to the threat of falling under restrictive measures from Washington, it was partially withdrawing from the Russian project, refusing to certify equipment on pipe-laying ships. After the adoption of the new US defense budget, she "jumped" completely, stating the following:

DNV GL will cease all inspection activities of the Nord Stream 2 pipeline system in accordance with the sanctions and for as long as these sanctions remain in effect. We are implementing a plan to phase out our project validation support.
In other words, even if Gazprom somehow completes the construction of the pipeline, it will not be able to start working. US Senator Ted Cruz, famous for his anti-Russian rhetoric, called this "a definite signal from Washington for all international participants in the project." The result is not difficult to predict: not a single major foreign insurance or certification company will ever get involved with Nord Stream 2. What options remain?

The first scenario assumes the creation of "kamikazde companies" in Russia for the project: a state insurance company and a certain domestic company that will receive all the necessary licenses to carry out certification activities. They will be destined to fulfill their mission and "die a heroic death" under US sanctions. True, a natural question arises: will the EU officials agree to such a replacement if they are still under pressure from the United States? Senator Cruise spoke in no uncertain terms about the "signal."

In addition, according to Danish law, the pipeline must be certified by a "third party" - that is, an uninterested legal entity. In other words, companies from Germany and Russia may not receive permission to carry out certification work.

In the second scenario, one can try to find foreign companies that have the appropriate licenses and offer their owners a lot, a lot of money in compensation for the fact that they will actually lose their business by acting as contractors on the side of Gazprom.

The third scenario is the construction of Nord Stream 2 in Danish waters under the cover of the Baltic Fleet, sending “impolite people” to certifiers to issue all the necessary permits, and then forcing the EU to buy inexpensive Russian gas under threat of declaring nuclear war. Of course, all this is a joke on the basis of black humor.

The last thing that comes to mind is to take advantage of the new US sanctions as an excuse to declare force majeure by agreement with European partners and to freeze the project in its current form. Instead, try to minimize economic damage to the country by making a branch of the pipeline to Kaliningrad. Due to this, it is possible at least to make the Russian exclave in the Baltic Sea completely non-volatile, and in the future to build gas liquefaction plants there, from where LNG can be exported to both Europeans and Asians by tankers. For more details about this option, we told earlier.
Reporterin Yandex News
Reporterin Yandex Zen
71 comment
Information
Dear reader, to leave comments on the publication, you must sign in.