How Russia will tackle its challenges in 2021 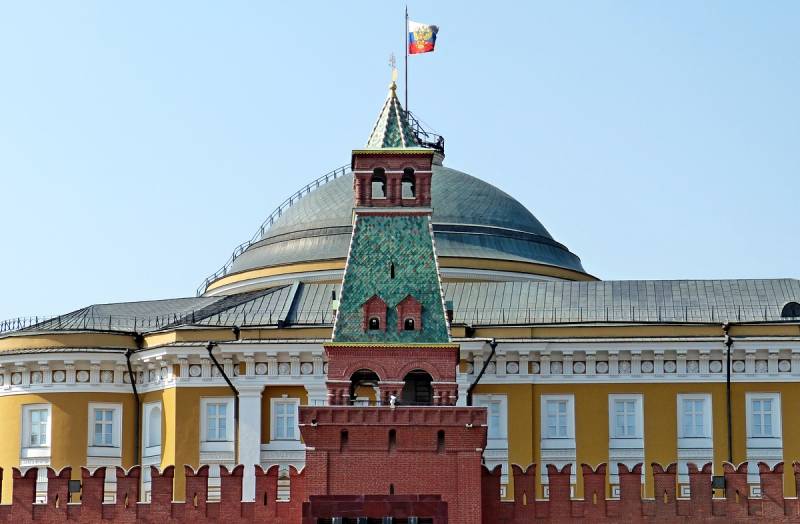 So the year 2020 has ended, which brought a huge number of difficulties, but which we, in general, coped with successfully. Well, or were able to avoid the most negative development of events. AND economy sagged not as much as it could, and in terms of external policy the main thing was achieved: Russia did not lose face in the international arena, although the organizers of the Belarusian and Karabakh crises relied on this. But what awaits us in the coming year: the continuation of attacks from all sides, from which we will only fight back? Well, let's think about it.

No matter who says anything, this task has become one of the main tasks in domestic political life, and will remain so next year, until the coronavirus is finally defeated. This is connected not only with the preservation of the life and health of citizens. The fight against covid has become a test of the viability of our health care system. And, despite the screams of our "all-pervading" people, it is not worth burying domestic medicine.

At the same time, the problems that had accumulated in this industry appeared with renewed vigor. Of course, they are associated not only with the failure of the 90s, but also with the coming to power of "effective managers" like Zurabov, who did about the same thing with our medical care system as Fursenko and Serdyukov did with education and defense. Now we are reaping the fruits of their work, but, in spite of everything, in general, we are coping with the situation. Especially when compared with other countries, except, perhaps, China.

By the way, the stories about the successes of the Celestial Empire in the fight against the new infection should not be given so much importance. Firstly, this is a very closed country, and we know how things are in reality from the words of the Chinese themselves. At first, the whole world was amazed that the incidence rates rose to only more than 80 thousand people, after which they stopped. Like, here's an example of how to deal with epidemics.

And then Beijing released information that only those cases were registered that occurred with obvious symptoms, and this is no more than 20% of the total. Is there any guarantee that in everything else related to the coronavirus, they say "the truth, only the truth and nothing but the truth"? Maybe yes, maybe not.

Domestic health care in 2020 clearly resembles the army in 2008, for which the coronavirus has become something of a war in South Ossetia. And the results, by the way, are similar. That is, on the whole, we managed, of course: we managed to avoid the "Italian" scenario, and we have our own vaccine, however, along the way, many problems emerged, and it is simply impossible to postpone their solution further. They knew about them perfectly well before, but, based on the results of the current pandemic, it becomes obvious that steps are needed that are comparable to the modernization of the army after the end of the Five-Day War. At least I would like to believe it. This is the front on which it is high time to launch a large-scale offensive.

Will we see the promised economic breakthrough?

Even before he was elected to the presidency in 2018, Putin declared that Russia needed a real economic and technological a breakthrough, without which we risk completely lagging behind the world leaders and will never catch up with them. In this he, of course, is right, because the fact that the largest country in the world should correspond to its size both in terms of the economy (hence, the technical level), and in everything else, is clear to literally every inhabitant of our country who is not indifferent to its future ...

An ambitious unified national plan, under which 39 trillion rubles will be allocated for the country's development in three years, should serve as the basis for such a breakthrough, but its implementation may face the same difficulties as the implementation of national projects. The main one is that, following the results of two years, the disbursement of funds within the framework of national projects is somewhere at the level of 50% of the declared amount, and the unspent funds are transferred over and over again to the next year.

This speaks of the inadequate level of competence of our officials, which, of course, is Openel's secret. Therefore, if a breakthrough in this direction is not ensured in the next couple of years, and there are strong doubts about the attainability of such a goal by our current leadership, the task of mastering truly gigantic funds will not be realized.

Reintegration of the post-Soviet space: changing the approach

In general, over the past years, Russia's international position has been strengthening. As a matter of fact, it is for this reason that 2020 brought us many complications in Belarus, Kyrgyzstan and Armenia. Since the strengthening of our country, many people do not like it, and these someone will do anything to stop the growth of the power of the Russian Federation. And, as has been said many times, Transnistria is in danger of becoming the next point of growth of tension. What conclusions follow from all this?

The most obvious of them: it is necessary to change the approach to the use of "soft power" in those countries that we traditionally consider to be the sphere of our exclusive influence. It's about the former Soviet republics. While we hoped that "they will not go anywhere from us," our opponents did not waste time, and actively worked to create loyal groups of influence. And this brought tangible results in the face of the current Ukrainian elites, Pashinyan, Sandu and others.

Russia, having excellent opportunities to promote its "soft power", did not want to use these opportunities. But if our supreme leadership hadn’t “flapped their ears,” we could, for example, really solve the Karabakh problem, without leading to a resumption of hostilities. You can sing as many praises as you like to Putin and Lavrov, who managed to get Pashinyan and Aliyev to sit at the negotiating table, but the Second Karabakh war itself is an obvious result of our previous shortcomings in the foreign policy arena.

From what we now have (not only in Karabakh, but also in Ukraine, Central Asia, and in the same Baltics), it is also time to start drawing conclusions and putting these conclusions into practice. Otherwise, we will continue to solve emerging difficulties manually and will never regain the initiative.

At the same time, no one says that the former republics of the USSR should be returned to a single state, but it is obvious that it is necessary to work with their population, increasing the number of those who sympathize with Russia. The minimum program is to prevent Russophobic regimes from coming to power in them and to limit their influence where they are.

In general, we need economic integration of the CIS countries. It is not for nothing that economists say that a single market of 300 million people, if the states that form it are capable of independently satisfying most of their needs, is very resistant to adverse external conditions. This is the basis of economic stability in Russia and all other CIS countries. It would be nice to clearly convey this idea to them.

What we have as a result

Of course, all of the above does not at all pretend to be complete, but in the coming year, the top priority tasks for Russia will continue to be: a) putting things in order within the country by improving the quality of work of the authorities of all levels and directions (victory over the coronavirus and the restoration of domestic healthcare will be here some of the most noticeable factors), b) the reintegration of the post-Soviet space. How they will be solved, we will soon see with our own eyes.
Ctrl Enter
Noticed oshЫbku Highlight text and press. Ctrl + Enter
We are
"We must beat first": the geopolitical alignment around Russia is continuously deteriorating
Ten "defeats" of Putin
Reporterin Yandex News
Read Reporterin Google News
42 comments
Information
Dear reader, to leave comments on the publication, you must sign in.