Ukrainian terrorists in Belarus are a wake-up call for Russia 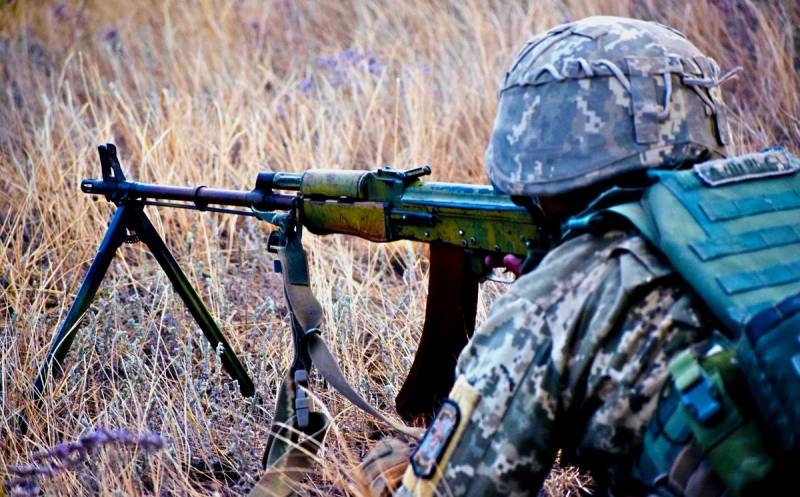 The fact that relations between Kiev and Minsk in the near future can only develop according to the formula "from bad to worse" became clear a long time ago. As a matter of fact, after the extremely unpleasant story with the "Wagnerites" detained in Belarus, which almost cost Lukashenka very, very dearly. In it, the Ukrainian side “noted” in full, and it played an extremely unpleasant role of a provocateur, trying to “bump their heads” between Minsk and Moscow.


The subsequent official statements of state officials and parliamentarians "nezalezhoy", who spoke together with "condemnation" and "non-recognition" of Alexander Grigorievich, and then the accession of Kiev to European sanctions and other anti-Belarusian demarches on good-neighborliness and mutual understanding between the two countries did not work any more.

And on the current idea in the increasingly dissonant Belarusian-Ukrainian "dialogue" new notes appeared, much more serious. In fact, Alexander Lukashenko accused his neighbors of terrorist activities and supporting them on the territory of his country. At the same time, not general phrases were sounded, but quite specific names and other data. How serious and justified are such grave accusations, what consequences can this have for Kiev, and, most importantly, what should make Russia think hard? Let's try to figure it out.

Fantasies "daddy"? Not at all

On December 25, however, for some reason, not during any protocol event, but in the process of communicating with media representatives during a visit to the children's infectious diseases hospital, the President of Belarus announced the detention by law enforcement agencies (the operation was carried out by joint KGB and Ministry of Internal Affairs forces) of a real group of militants, characterized by him as "the last scoundrels." The group has already had several attacks on Belarusian police officers, which, fortunately, ended only in the destruction of their property. The plans, according to Lukashenka, were "terrorist attacks all over the country." Law enforcement officers neutralized the members of the group, who were “burned” (a direct quote from “daddy”) during the explosions and arson they carried out in the Grodno region on December 8.

Long-term development has made it possible to thoroughly document the activities of the attackers, collect serious evidence and, most importantly, "uncover all their channels and connections." The most interesting thing is in the connections - according to Lukashenka, they "transported tons of weapons through Ukraine". At the same time, talking about the problem of extremism in the country as a whole, the President emphasized the connection of the criminal groups behind its manifestations with the “non-existent” one very specifically and several times, clearly trying to draw the attention of journalists to this very moment. According to him, the transfer of militants through Poland and Lithuania is now difficult to implement due to the "tightly closed border". Therefore, destructive elements and penetrated the Belarusian land precisely through the Ukrainian cordon. However, as the "daddy" asserts, "not even a mouse will crawl there". That is, Minsk is no longer viewed Ukraine as a “reliable partner” and “fraternal country”, as it was not so long ago, but exclusively as a hostile state, from whose territory a specific threat emanates.

It should be noted that Kiev reacted extremely painfully to this seemingly more or less restrained (as by the standards of Lukashenka's rhetoric) statement. The speaker of the Ukrainian Foreign Ministry, Oleg Nikolenko, undertook to refute him, immediately began distributing official comments to the local media in which he called the words of Oleksandr Grigorievich "yet another insinuations," which the Ukrainian side "rejects in the most resolute manner." Not confining himself to the assurances befitting a diplomat that there was no “non-foreign” hostility towards Belarus and its condemnation of “terrorism in any of its manifestations,” Nikolenko eventually began to sharply criticize Lukashenka, stating that “the mantra about weapons from Ukraine” is nothing more than an integral part part of his "policy to intimidate the Belarusian people ”. After such a demarche by the Foreign Ministry speaker, it is hard to believe in his usual phrases about "friendly feelings" towards the neighboring country.

Is it worth believing Lukashenka? In the end, this politician has a rather peculiar manner of making loud statements - as harsh as they are not always well-founded. About Russia, he once said a lot ... And the recent story of the "interception of negotiations of Western intelligence agents", in truth, left more questions than answers. Maybe this time he is exaggerating or in a hurry with final conclusions? Looks like no. And the point here is not that the head of the Russian diplomatic department Sergei Lavrov spoke of the mass training of militants on Ukrainian territory "to carry out actions aimed at destabilizing the situation in Belarus" as a completely proven fact back in early September, but high-ranking representatives of the Russian special services the information was subsequently repeatedly confirmed. In favor of Lukashenka's correctness, there are very specific facts that we will consider below.

How to make Bandera from Belarusians

To begin with, the names and identities of the detained terrorists are well known today. Yes, yes, precisely in this formulation, since the acts incriminated to the group more than “pull” the extremely unpleasant article of the Criminal Code of Belarus, which speaks of terrorist activity. According to the materials of the investigation, on the night of October 19-20 this year Mikalai Autukhovich together with Pavel Sava installed an improvised explosive device under the car of one of the police officers. Then they carried out its remote detonation. They also set fire to the house of the same policeman. What is characteristic, both the choice of the victim and the exact knowledge by the attackers of which car should be blown up and which house to burn, contributed to the information they gleaned, as indicated in the investigation file "from one of the destructive Telegram channels that published the personal data of law enforcement officers." Most likely, we are talking about the notorious HEXTE or something similar.

As far as is known, the detainees have already given confessionary statements regarding their own intentions “to continue intimidating the employees of the Ministry of Internal Affairs of Belarus and exerting psychological pressure on them and their families”. The impressive arsenal confiscated from the militants also testifies in favor of the realism of such plans - not only cold weapons, but also firearms, both smooth-bore and completely army-standard AKSU machine guns and ammunition for such. RGD-5 grants, TNT sticks and additional equipment in the form of communications and camouflage equipment. With such an arsenal, it was quite possible to mess things up - certainly not going to a picnic. Moreover, the head of the terrorist cell Mikalai Autukhovich is more than a specific person. To begin with, he has real combat experience, received not anywhere, but in Afghanistan, where he served with the rank of ensign.

That is, even with a weapon, this person "on your toe" and an explosive device really could well both build and use quite professionally. Autukhovich's conflict, after the army became an entrepreneur (owned a taxi service), with the authorities began in 2006. It was then that he was convicted of tax evasion. Despite the purely economic the nature of the accusations, was immediately "canonized" by local "oppositionists" and recorded as "political prisoners". After leaving the places of detention, Autukhovich did not stay at large for long. The new "term" he received in 2010 was already a pure criminal offense - illegal possession of weapons. Freed in 2014, this character seems to have "slowed down" a little, but that's it, that "a little." Obviously, seeing the prospect, Autukhovich “got involved in politics” - he tried to create some kind of “social movements”, darted around abroad (which is typical, mostly hanging around in Poland and Lithuania).

By the way, it is absolutely unclear with what means he did it - according to the ex-businessman, the "power" "ravaged him to the ground." Again, which is typical, the views of this former "Afghan" very quickly "moved" somewhere very to the right. Either he spoke about the need for "decommunization", then he spoke with openly Russophobic slogans. At the same time, our “hero” did not maintain any contacts with representatives of the “official opposition” like Babariko or the same Tikhanovskaya. On the contrary, he mercilessly criticized them for their "softness" and "weakness", calling them almost "agents of the Kremlin." Autukhovich clearly saw and presented his “struggle against the regime” in a completely different way. It was in this direction that he, apparently, began to be very active.

Shortly before the events that have become the subject of investigation today, Autukhovich openly stated on his pages in social networks and messengers that he “has a plan to liquidate Lukashenka’s regime” and like-minded people to implement it. At the same time, he did not hide the fact that he only recognized “forceful methods” of confronting the hated power. Recently, this figure, in fact, was almost in an illegal position - in every possible way avoided open communication channels (including mobile), and from a certain moment he even said that he "went deep underground." He was clearly preparing - and now it is clear what for. At the same time, answers to the question as to who in reality stood behind the openly extremist activities of Autukhovich and the terrorist cell he formed should, most likely, still be sought not even in Vilnius or Warsaw, but in Kiev. It was there that this "fighter" met with a certain Elena Vasilyeva, the head of an interesting structure: the Ukrainian Charitable Foundation "Belarusian Maidan".

Do you know what these "benefactors" have the main "program goal"? Well, apart from, of course, “overthrowing the Lukashenka regime”? Excuse me: "the destruction of the Russian Reich." Another radical movement that seems to be made up of Belarusians is directly connected with this gang: the Young Front, whose members are jumping in Kiev with portraits of Bandera, Shukhevych and ... Autukhovich. By the way, here is another important detail - this figure from a certain moment began to frankly hint at the "funding" that appeared to him through some "conspiratorial channels". Most likely, it was about the "benefactors" from Kiev, or rather about those structures that work under their cover.

All these events will certainly not improve the relations between Minsk and Kiev, which have cooled down to the limit since this autumn. However, for this, let the head of the “nezalezhnoy” leaders, whose country thus risks being left without available oil products and much without anything else, may have a headache. What does this have to do with Russia? Yes, the most direct. It is on such examples that we can, so to speak, "live" observe how events will develop in the event that an attempt to arrange a "color revolution" is undertaken already in our country. But this is exactly how it will certainly be, and in the near future!

I am sure that the funds for assistance and support to domestic "oppositionists" in Ukraine are already ready to register and launch a vigorous activity. And at the same time - and detachments of militants who, at least, will try to blow up and burn already in Russia. All this will happen without fail - if the problem with the country, which has finally turned into a terrorist threat for its neighbors, is not resolved.
Ctrl Enter
Noticed oshЫbku Highlight text and press. Ctrl + Enter
We are
How Ukraine break Putin's plan: six tips Zelensky
Ten "defeats" of Putin
Reporterin Yandex News
Read Reporterin Google News
21 comment
Information
Dear reader, to leave comments on the publication, you must sign in.