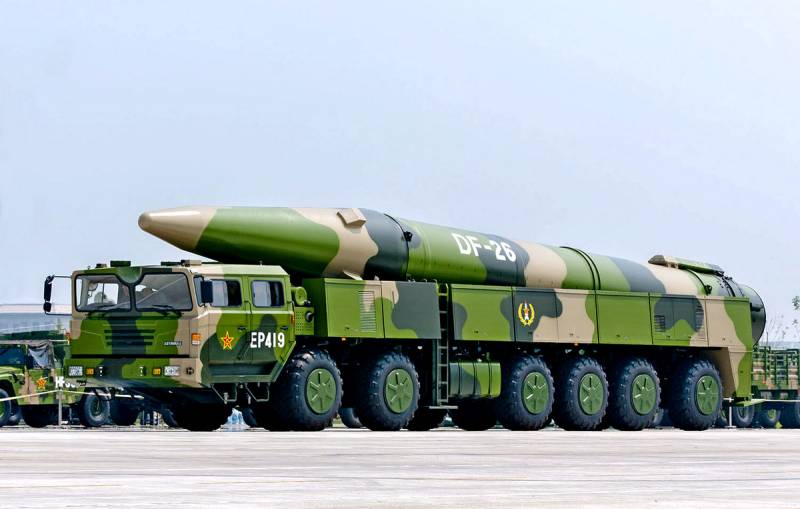 
According to the report, apart from the short-range ATACMS ballistic missiles used by the US military, the US does not possess weapons similar to the Chinese. The Americans are also unable to counter Chinese ballistic and cruise missiles.

A particular threat to US forces in the Asia-Pacific region is the DF-26 medium-range ballistic missile (pictured above), capable of striking US Navy aircraft carrier strike groups at a range of 4000 kilometers.

The PLA's missile power is also represented by the world's first hypersonic operational-tactical complex, the DF-17, shown by Beijing last year. The effective range of the missile is still unknown, but its operational use is another powerful deterrent for the US Navy. 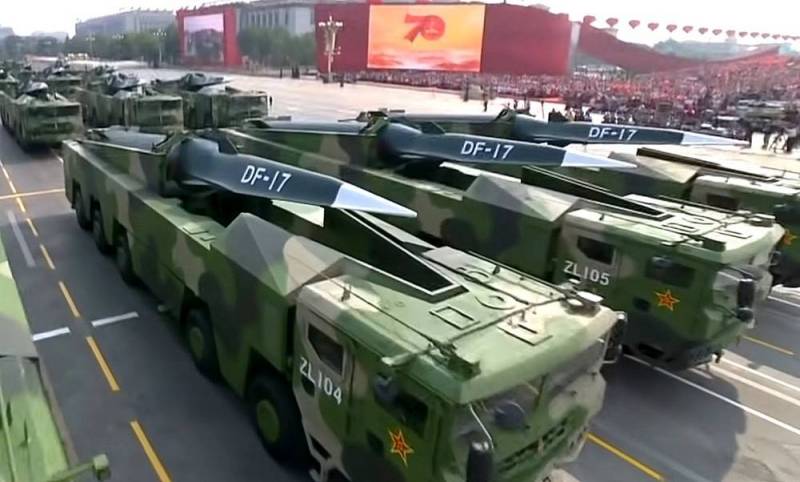 The next cause for concern for the Americans is the DF-10 / 10A cruise missiles, which guarantee the protection of the adjacent seas of the PRC from strike groups of aircraft carriers and other warships. 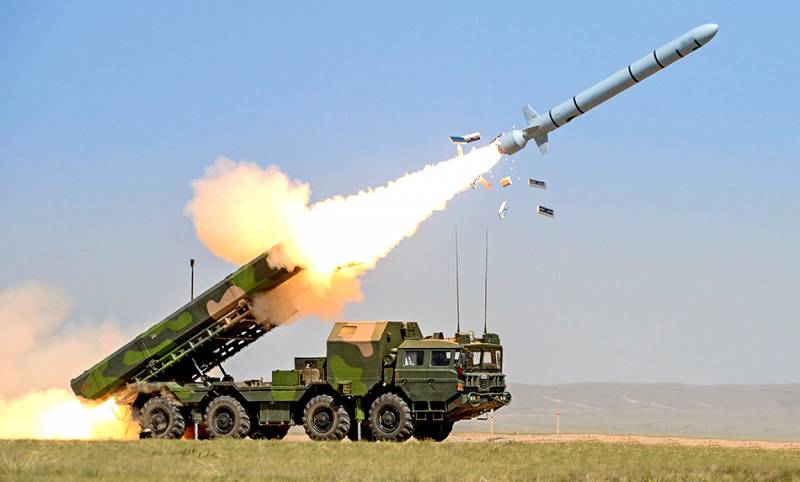 The document of the American military department also includes information about China's powerful air defense system. However, apart from the obvious data on Beijing's acquisition of Russian S-400 and S-300, no additional details have been reported about this ground-based air defense network. According to experts, the PLA has a more diverse arsenal of defense systems compared to the US armed forces, including new air defense systems and long-range and high-frequency radars.
Ctrl Enter
Noticed oshЫbku Highlight text and press. Ctrl + Enter
We are
Americans are preparing a missile that can overcome the Russian missile defense
Pentagon: we have been developing banned INF Treaty missiles since 2017
Reporterin Yandex News
Read Reporterin Google News
1 comment
Information
Dear reader, to leave comments on the publication, you must sign in.