In 2021, the world may face a new war in the Mediterranean 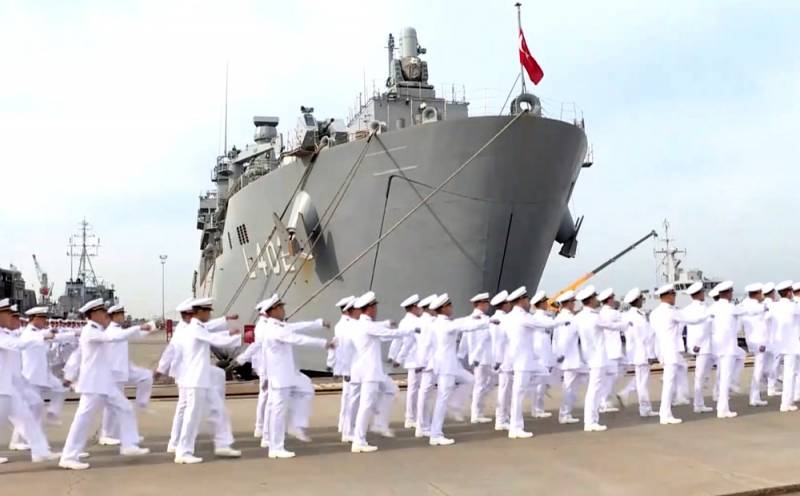 The year 2020, which is difficult in every respect, is coming to an end, but the next one has every chance of being even more difficult. In addition to the very real risk of an escalation of the conflict in the Middle East between the United States, Iran and Israel, a violent clash between Turkey and Greece in the Eastern Mediterranean is possible. And then the case will check whether the vaunted "invisible" F-35 and Russian air defense systems S-400 are so good.


Greece and Turkey are historical adversaries. They tried to reconcile them within the framework of the NATO bloc, but failed. Today the situation is aggravated by the fact that both countries are in a state of severe economic crisis and need drivers for recovery and growth. These could be the huge gas fields discovered in the Eastern Mediterranean off the coast of Cyprus. Those who will control their development and export to the EU countries will receive tens of billions of dollars. Inspired by the grandiose successes in Nagorno-Karabakh, the newly-minted "sultan" Erdogan may try to resolve the issue by force again. However, everything is much more complicated than he would like.

Strictly speaking, Cyprus does not belong to Greece, it is a sovereign state inhabited by ethnic Greeks and Turks. Ankara points to the Cyprus Convention of June 4, 1878, where the island is defined as part of the Ottoman Empire. In 1969, Great Britain partially recognized Turkey's rights to the island, and in 1974 Ankara carried out a military intervention, as a result of which the Turkish Republic of Northern Cyprus was created. Despite the fact that it is recognized only by Turkey itself, this does not prevent the TRNC from successfully existing to this day. By the way, the Turks managed to solve the problem of water supply to their exclave by building an underwater water pipeline from the continent to the island. This is information for thought.

The problem of cohabitation of the Greek and Turkish parts of Cyprus was aggravated today by the discovery of gas deposits nearby, as well as the fact that the island is a key point for the construction of a transit pipeline from Israel to Europe. Ankara wants to get its share of all this abundance, but the Greeks look at the issue differently. There is reason to believe that Turkey may try to apply the Karabakh experience of solving the problem by force in Cyprus. At the disposal of President Erdogan, a powerful navy, the Turkish army is considered the strongest in NATO after the US. The Turks have attack UAVs that have shown themselves well in Nagorno-Karabakh, they are covered from the air with the latest Russian-made S-400 air defense systems. Information appeared in the press that the military, who were involved in a failed coup attempt a few years ago, began to be released from Turkish prisons ahead of schedule.

In theory, events can develop as follows. With regard to the Turkish part of Cyprus, some provocations are taking place from the Greek side, which prompts Ankara to impose a naval blockade on the island and send a military contingent there. This immediately forces Athens to intervene to protect the Greek population of Cyprus, who can send their fleet to the island and start some kind of hostilities on the land border with Turkey. Ankara looks stronger and, being left alone with Greece, can simultaneously “squeeze out” other disputed islands from it.

The problem for President Erdogan is that Athens will most likely not be handed over to him to be torn apart. The neo-Ottoman exercises of the newly-minted "sultan" cause great concern among all of Turkey's neighbors without exception. North of Syria, Libya with its sea shelf, Nagorno-Karabakh, now the Greek islands, but what next? Central Asia, Africa, the Middle East? Formal NATO allies will be forced to support Greece.

As a matter of fact, the United States has already begun to do this defiantly. For the purchase of the S-400, they imposed sanctions on Ankara. The Americans excluded the Turks from their F-35 program, transferring six fifth generation fighters to the Greeks. The Pentagon made it clear that it is considering the Heraklion airbase in Greek Crete as a replacement for Incirliku. Washington intends to fortify near Turkey's Dardanelles, where the US Army Corps of Engineers is currently upgrading the port of Alexandroupolis. These are quite serious signals to Ankara that it would be very imprudent to ignore.

Will President Erdogan go to a military conflict with Greece? "Sultan" bites off only a piece that it can swallow. Obviously, it will focus on the updated external policies Democratic Party of the United States. What will it be? We'll see.
Reporterin Yandex News
Reporterin Yandex Zen
33 comments
Information
Dear reader, to leave comments on the publication, you must sign in.