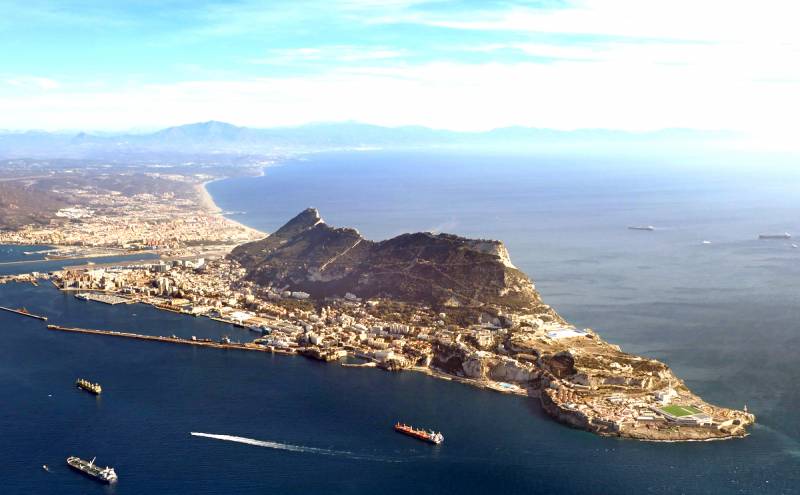 While the whole world is watching the showdown between the United States and China, as well as the internal political problems in the "hegemon" itself, the "British lion", which is ready to take its new place in the rapidly changing world, began to raise its head imperceptibly for many. Will London be able to "move" Washington and regain its former power?


At a superficial glance at this issue, it can cause only an ironic grin in the average person. Yes, the British Empire is long gone, and the United Kingdom no longer fully owns all the seas: its navy is significantly inferior in size and power to the US Navy, aircraft carriers are "leaking", etc. Despite this, London still has great potential for "imperial" revenge, which is expressed in the concept of "global Britain".

Thus, the empire was replaced by the British Commonwealth of Nations, which unites on a voluntary basis almost all former colonies and protectorates, including 53 countries with a combined population of 2,245 billion people. The total area occupied by the Commonwealth is almost a quarter of the earth's land area. The largest members of this association are India, Canada, Australia, and New Zealand. The latter, by the way, are traditionally considered allies of the United States. The word "British" was later removed politically correctly from the name of the Commonwealth of Nations, but the essence did not change. London is one of the leading financial capitals in the world. British elites have eaten more than one dog in global wars, trade, colonialism, intrigue, manipulation and betrayal. There is even an opinion that the "brain" of the United States is not in the White House, but in Foggy Albion, at least in the "back".

The essence of the concept of "global Britain" is that Pax America is ending due to the increasing role of China and other players. On the ruins of the unipolar world, it will be possible to build a new one, where there will be a place for the "British lion". The painful Brexit in this context plays into this idea, as the United Kingdom was forced to look too much at Germany and France and feed the "Young Europeans". In this case, the direct sequence policy The United States cost London dearly: relations with China and Iran seriously deteriorated. The alternative seems to be building new relationships with yesterday's allies. The US and the EU will continue to be important partners, and the UK will have to modernize its army, navy and nuclear arsenal. IN the economy London will have to create its own anti-Chinese coalition from India, Japan and Australia to block the One Belt and Road project. In the new global world order, the British are again going to become a “golden weight in the balance”, which will outweigh the balance of power in one direction or another.

However, these truly Napoleonic plans have their own Achilles heel. The fact is that on the road to its former greatness, the United Kingdom itself risks being completely disunited. Brexit spawned not only a revanchist concept, but also the strongest centrifugal forces. Scotland, Northern Ireland and almost without exception the population of Gibraltar voted against secession from the European Union. Recall that at the 2014 referendum on the withdrawal of Scotland from Great Britain, only 55,3% of those who came to the polling stations spoke out against independence, which does not attract the overwhelming majority. Now, when Brexit has turned out to be a rather expensive undertaking for the layman's pocket, the Scots want to hold a second plebiscite, but London refuses them, quite rightly fearing that this time the result will not be in his favor.

No less problems are maturing in Northern Ireland, which wants to remain in the European Union, as does the Republic of Ireland, neighboring with it. The demarcation between the two parts of the divided island could lead to a relapse into separatist sentiments among the local population. Therefore, at this stage, London had to make a compromise, and Northern Ireland will be legally part of the UK, but economically - to be a member of the EU. Because economics determines politics, such a special regime will only reinforce anti-British sentiment in this historically troubled region.

A separate issue is the status of Gibraltar. This small "Rock", taken by the British from the Spaniards several hundred years ago, locks the exit from the Mediterranean to the Atlantic, because its strategic importance can hardly be overestimated. The Gibraltarians do not want to return to Spain, which they convincingly demonstrated in the referendum. But they also do not want to leave the European Union together with Great Britain, where they have settled very well, thanks to their special status. The issue is so complex that it has been officially taken outside the scope of the Brexit negotiations and is still pending.

In all likelihood, Brussels will go through the "soft rejection" of Gibraltar from the United Kingdom without handing it over to Madrid. "Rock" will remain in the Schengen area, the border with Spain will be open, but the British arriving now will have to go through passport control. Tracking arriving planes and ships will no longer be carried out by British employees, but by a specially created EU border mission. By the way, now Gibraltar airport will be open to all other EU members, not just the United Kingdom, as it was before.

In other words, there is an erosion of London's sovereignty over Gibraltar, as well as real risks of an increase in separatist sentiments in Scotland and Northern Ireland. We must assume that in Brussels, too, there are not stupid people sitting, who simply cannot like the idea of ​​a "global Britain". They will definitely not cause delight in Berlin and Paris. This means that Europe, as far as possible, will torpedo such revanchist neo-imperial concepts in order to prevent the United Kingdom from strengthening beyond measure at the expense of the Old World. Not only the British are able to play these geopolitical games.
Ctrl Enter
Noticed oshЫbku Highlight text and press. Ctrl + Enter
We are
"We must beat first": the geopolitical alignment around Russia is continuously deteriorating
Ten "defeats" of Putin
Reporterin Yandex News
Read Reporterin Google News
5 comments
Information
Dear reader, to leave comments on the publication, you must sign in.