NI: As in the US, Russian tanks now fire depleted uranium shells 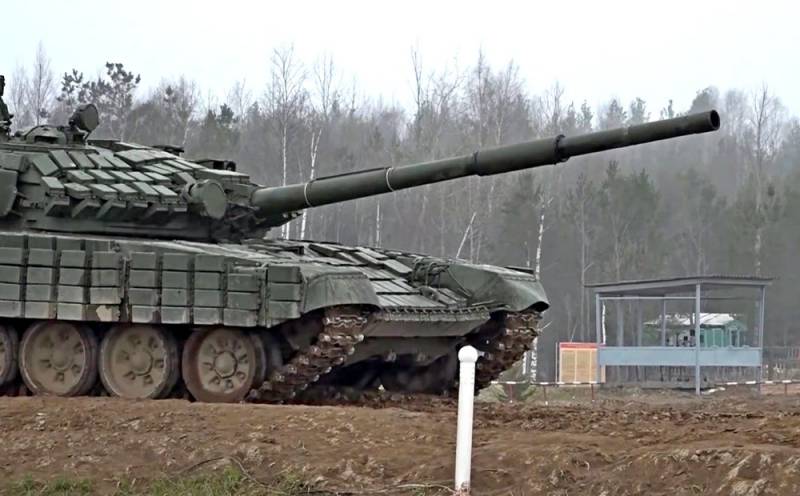 The US military has assured that its depleted uranium munitions are mostly safe. At the same time, in Russia, as in the United States, tanks are now firing shells with a similar filling, writes the American magazine The National Interest.


Moscow is equipping its MBTs with similar ammunition. Depleted uranium is incredibly dense and can penetrate the thick armor of a tank. At the same time, many experts are confident that such projectiles emit small doses of radiation, like miniature neutron bombs.

Washington has used similar shells in Iraq, Afghanistan and Syria. The bulletin of the Russian Defense Ministry says that now the Russian modernized T-80BV tanks will also be armed with these powerful ammunition.

T-80BVM (M - modernized) has an improved weapon stabilizer and loading mechanism for 3BM59 "Lead-1" and 3BM60 "Lead-2" ammunition
- TASS quotes from the document.

In 2016, Dutch experts from Below The Turret Ring informed that Lead-1 has a tungsten carbide core, while Lead-2 uses depleted uranium. Moreover, Russia could produce these special rounds for several years as a replacement for existing tank ammunition.

Experts explained that Lead-2 is not the first shell in Moscow's arsenal to use depleted uranium. The 3BM-32 "Vant" armor-piercing feathered subcaliber (arrow-shaped) projectile, designed for the Soviet 125-mm tank gun, also contained depleted uranium. But the new Russian shells are 79-84 percent longer than the Soviet ones, which should lead to a significant increase in armor penetration.

Several international organizations are campaigning to ban depleted uranium shells. Another question is whether the Russian government will listen to them, summed up the publication from the United States.
Ctrl Enter
Noticed oshЫbku Highlight text and press. Ctrl + Enter
We are
Russia was able to collect combat vehicles superior to the enemy from old tanks
The return of the T-80: why the Russian Defense Ministry needed a breakthrough weapon
Reporterin Yandex News
Read Reporterin Google News
2 comments
Information
Dear reader, to leave comments on the publication, you must sign in.