Al-Monitor: Russia is stuck in northern Syria and is cautious 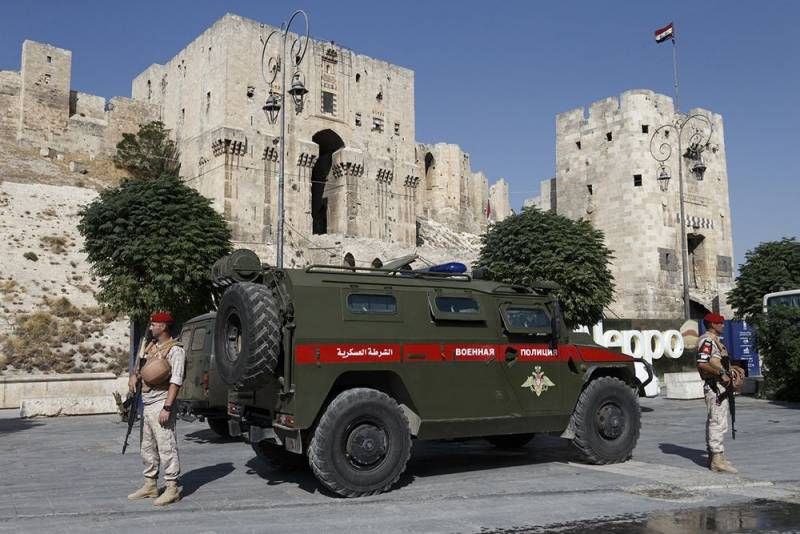 In December 2020, the Russian military police set up three observation posts near the city of Ain Issa in northern Syria. Since then, Russia has been unsuccessfully trying to convince the US-backed Kurdish Syrian Democratic Forces (SDF) to hand over control of the city to the Syrian government forces (CAA), writes the American online publication Al-Monitor.


The Russians justify this by a desire to avoid further attacks by the pro-Turkish Syrian National Army (SNA), which is trying to take control of this settlement. At the same time, the Russians do not interfere with the attempts of the SNA to take new positions in the area of ​​the specified city.

Turks launched attacks in the immediate vicinity of the base in Ain Iss, and Russia did not say a word
- Riyad Khalaf, chairman of the military council of the SDF, told Rudaw agency on December 21.

He stressed that during the negotiations, the Russians pressured the Kurds to give the city and its surroundings to Damascus. At the same time, other groups of Syrian Kurds confirmed this information. They also accuse Moscow of influencing the transfer of Ain Issa to the "Assad regime."

The Russians are clearly playing along with the Turks. After all, Ankara has no reason to move south of the "buffer zone", a strip of Syrian territory, 32 km thick, running along the border with Turkey, which appeared as a result of the Sochi agreements in 2019 and the subsequent operation "Source of Peace". The city of Ain Issa is outside this area. 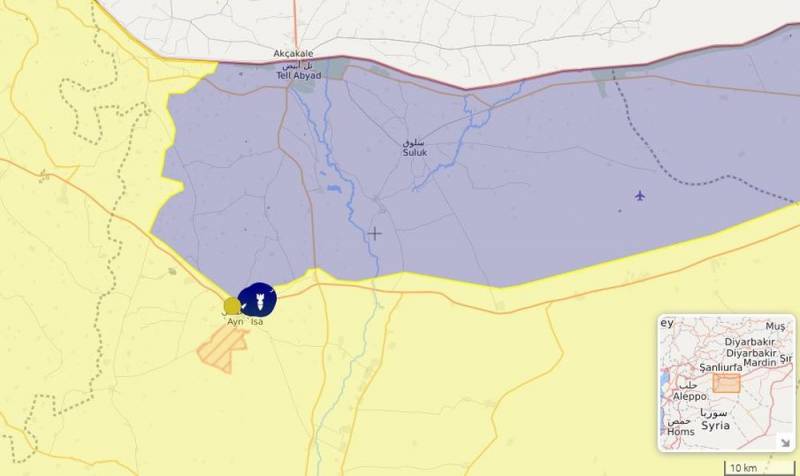 Russia is currently at a standstill in northern Syria and is exercising caution. Moscow and Damascus have very few troops in the northern and northeastern regions of Syria. This prevents them from conducting serious military operations. Moreover, the Russians can use their aerospace forces there only by agreement with the United States, which still controls the local airspace. But Washington is unlikely to allow the Russians to strike in their area of ​​responsibility.

Moscow is now looking for compromise solutions to avoid escalation and a repeat of the Turkish invasion. The Russians were unable to fulfill a number of conditions of the deal in Sochi, which provide for the complete withdrawal of SDF units from the Manbij and Tell Rifaat areas, as well as from the strip along the Syrian-Turkish border in northern and northeastern Syria. For Ankara, this may be the basis for further advancement deep into the Syrian territory.

From this we can conclude that the Sochi agreements have weakened rather than strengthened Russia's position in Syria. Before that, Moscow could reproach Ankara for non-fulfillment of obligations on Idlib, now Turkey has its own counterarguments. At the same time, the Turks have not yet begun a full-scale operation in northern Syria due to the uncertainty of the position of the elected US President Joe Biden on this issue. Ankara does not want to start communicating with the new owner of the White House with such a move.

If, nevertheless, Turkey decides on an operation, then Russia can increase its pressure on Idlib. Therefore, Moscow and Ankara will face another round of interdepartmental consultations.
Ctrl Enter
Noticed oshЫbku Highlight text and press. Ctrl + Enter
We are
Kurds explain their impudent attacks on Russian patrols in Syria
Kurds told when they would join Assad’s army
Reporterin Yandex News
Read Reporterin Google News
6 comments
Information
Dear reader, to leave comments on the publication, you must sign in.