2021 could start with a big war in the Middle East 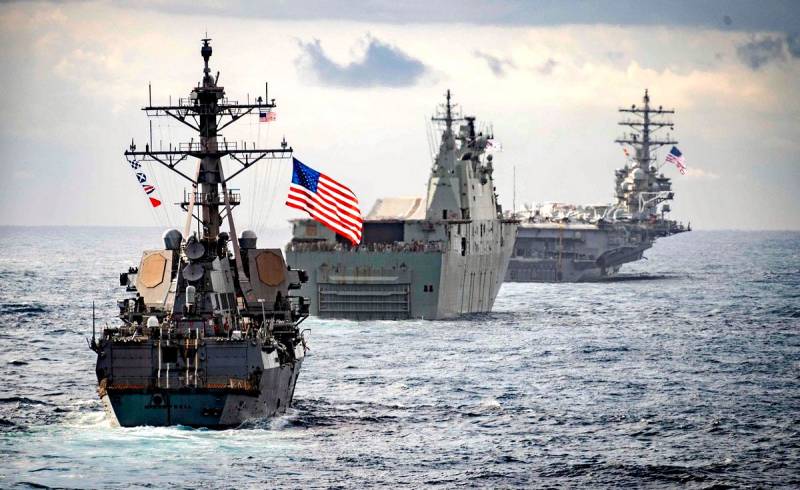 There is a week left until the end of the leap year 2020, which is so difficult in all respects. Unfortunately, the next year, 2021, has very real chances to start with a big war in the Middle East. Everything will depend on how far Iran and the outgoing President Donald Trump, whose term of office officially ends on January 20 with the inauguration of Joe Biden, are ready to go.


The reason for the possible escalation of the old conflict was the recent assassination of a famous Iranian nuclear physicist, which is reasonably attributed to the Israeli special services. Tel Aviv rightly fears the development of Tehran's nuclear program, and with it its allied Washington, which has deployed many of its military bases in the Middle East, which risk becoming the number one targets for the Islamic Republic. Options for Iran's possible response to the aggressors, we in detail considered earlier and agreed that the most probable would be a missile strike on American infrastructure in the region through a "proxy".

And so it happened, but it was not very convincing. If on January 8, Tehran, as revenge for the murder of its legendary General Qassem Soleimani, struck a massive strike on the US Air Force base Ain al-Assad in Iraq, where each missile, having flown 700 kilometers, fell, as they say, "in the bull's eye", then this times turned out somewhat differently. Last Sunday, the American embassy in Iraq came under a rocket attack by some militants from home-made Katyushas. It is reported that the air defense system worked effectively, so only one local guard was injured. President Donald Trump commented on the event on Twitter as follows:

Guess where they came from: IRAN ... We are now hearing about additional attacks against the Americans in Iraq. Friendly, normal advice to Iran: If one American is killed, I will hold Iran accountable. Think about it.
To make it clear that he is not joking, the head of the White House sent the USS Georgia Ohio class nuclear submarine with 154 BGM-109 Tomahawk cruise missiles to the Gulf of Hormuz, as well as the missile cruisers USS Port Royal (CG 73) and USS Philippine Sea (CG 58 ). In response, Tehran has strengthened the missile defense of its core nuclear facilities. The Iranian air defense system is represented by the Russian S-300, Tor and Pantsir-S1 air defense systems, the American MIM-23 Hawk, the British Rapier and the Swiss Oerlikon GDF-005. The Islamic Republic rightfully fears a US and Israeli strike on its nuclear facilities at Natanz and Fordow.

Tehran currently faces a tough choice. He can admit the "terrible revenge" for the murder of his scientist, which took place last Sunday, and then wash his hands. It will look below average, but this will avoid further bloodshed. The second option involves the delivery of a real missile strike no longer through "crooked proxies", but directly by the Iranians, timed to coincide with January 3, the anniversary of the assassination of General Qassem Soleimani. It will be beautiful, but fraught. Then everything will depend on how far Donald Trump is ready to go.

In theory, the outgoing president has full authority to issue a retaliatory missile strike against Iranian nuclear facilities until January 20, 2021. Taking into account the degree of their security, a real regional nuclear catastrophe can be avoided even if TNW is used. It is quite possible that the Americans will get by with conventional cruise missiles. Thus, the Republican can create a lot of problems for his Democrat replacement at the very start of his presidential term, putting serious obstacles on the way to concluding a new nuclear agreement with Iran.

Whether Trump will really do this is a big question: everything will depend on how January 3, 2021 and the rest of his term of office go.
Reporterin Yandex News
Reporterin Yandex Zen
80 comments
Information
Dear reader, to leave comments on the publication, you must sign in.