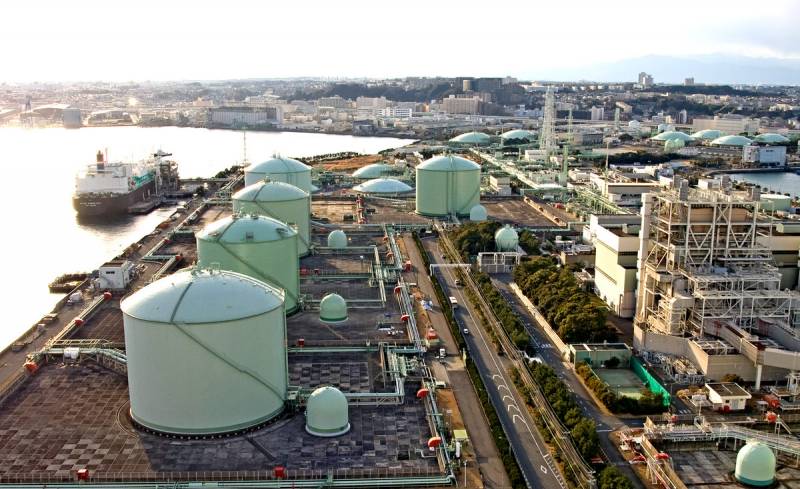 Poland continues to squeeze Gazprom out of Europe whenever possible. This country has consistently opposed the supply of Russian gas through the Nord Stream 2 pipeline, which should turn Germany into the largest regional hub. The fact is that Warsaw itself has similar ambitions and may well overtake Berlin. What gives reason to believe so?


Today it is Russia that is the key supplier of natural gas to Poland. The annual consumption of "blue fuel" in this Eastern European country is at the level of 15 billion cubic meters. Under a contract signed back in 1996, Gazprom is to supply up to 10 billion cubic meters per year, of which 8,7 billion - on a take-or-pay basis. The rest of the total consumption is covered by imports and domestic production. But Warsaw intends to radically change all this.

It is profitable for Poland to buy Russian gas, but a large policy... The Rubicon was the so-called Munich speech of Vladimir Putin, where the president sharply criticized the concept of a unipolar world under the dictates of the "hegemon" in the person of the United States. Among other things, the thesis about Russia's refusal to recognize the EU diktat in the energy sector was voiced there:

Russia is not opposed to agreeing on the principles of relations with the EU in the field of energy resources. The principles of the Energy Charter are generally acceptable, but the very essence of the Charter does not suit Russia.
In the West, Vladimir Vladimirovich was heard and made their own conclusions. In particular, Warsaw decided to get rid of its dependence on Gazprom for the supply of "blue fuel" by returning to the Baltic Pipe project. Through this pipeline, Poland will receive from Norway through Denmark up to 10 billion cubic meters per year, that is, it will be able to replace the volumes received from Russia. The contract with the domestic monopolist ends in 2022, and the Polish authorities do not intend to renew it. Instead, preparations have already been made for the construction of an alternative gas pipeline from Scandinavia, which will begin next summer and will end approximately by October 2022. Since no one is going to interfere with Warsaw, most likely, the "Baltic Pipe" will be able to work in two years by the beginning of the heating season, finally ousting "Gazprom" from the Polish market.

It is expected that in the next ten years the consumption of "blue fuel" in Poland will grow to 29 billion cubic meters, but there will still be an excess of gas, which Warsaw intends to resell to its neighbors, turning its country into a regional hub. Thus, the construction of the GIPL (Gas Interconnection Poland-Lithuania) pipeline between Lithuania and Poland is being completed at an accelerated pace. It is assumed that it will become part of the infrastructure designed to diversify supplies in Eastern Europe. Theoretically, it can carry "Lithuanian" gas from the floating LNG terminal in Klaipeda in volumes of up to 1,9 billion cubic meters per year. As you know, Vilnius is very proud of its “energy independence from Russia”. However economic the efficiency of this project is so low that the scenario of supplies of "Polish" gas to Lithuania is more likely.

And not only there, Warsaw quite reasonably expects to enter the markets of neighboring Latvia, Estonia and Finland. Since Poland, as an ally, enjoys the most favored treatment of the United States, there is no reason to believe that it will not be able to carry out its plans. How Gazprom will answer all this is a big question.
Reporterin Yandex News
Reporterin Yandex Zen
7 comments
Information
Dear reader, to leave comments on the publication, you must sign in.