Russia separates from the USA in space

28 2018 June
2
The conditional border between Russia and the United States of America can also cross in space. Roscosmos decided to make the ISS Russian segment completely independent from the American. 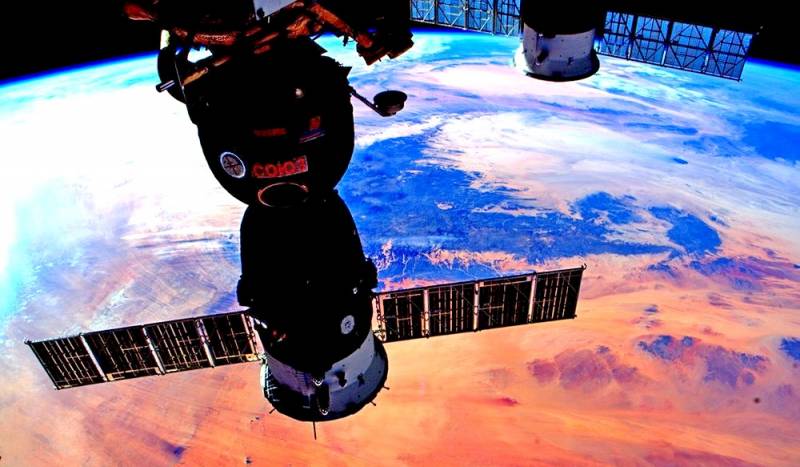 The International Space Station began to be built in 1998. Its first module was the Russian Zarya. Today it consists of many modules from different countries participating in the project. The United States has seven of them, which form the largest national segment. The Russian Federation is in second place with five modules. At the same time, the segments are not completely autonomous; disconnection will cause problems in the life support system, energy supply and communication. However, such a need may arise in the future.

The lifetime of the ISS is designed until 2024. If necessary, it can be extended until at least 2028. But it is possible that Washington could unilaterally withdraw from this international project. It is known that the United States invests heavily in an extremely promising project for the near-moon visited orbital station and invites the chosen ones to participate in it. In this case, the Russian segment will need complete independence from the “American partners”. The head of Roscosmos, Igor Komarov, said that in order to gain autonomy on the ISS of Russia, it would be necessary to bring out three additional modules by 2021.

Today, the ISS includes: Zarya, Zvezda, Pirs, Dawn and Search. It was assumed that at the orbital station there will be multi-purpose laboratory, nodal and scientific-energy modules. The multifunctional laboratory module "Science" is designed for a whole range of scientific research, as well as for docking with transport ships. After “Science”, the nodal module “Berth” was to appear on the ISS. The scientific and energy module was supposed to increase the possibilities for conducting scientific experiments and provide a reliable source of electricity in orbit. The budget for modernization of the domestic segment was estimated at 10 billion rubles.

However, due to constant malfunctions in the Nauka module, its launch dates were constantly shifting. It has now become known that the Russian segment will be separated from the general life support system of the ISS without adding new modules. It is speculated that this may be due to the new savings program, which was launched due to a reduction in the budget of the Russian Space Agency. ”
Ctrl Enter
Noticed oshЫbku Highlight text and press. Ctrl + Enter
We are
US forces Russia to abandon ISS in favor of its project
What will Russia do when the ISS does not
Reporterin Yandex News
Read Reporterin Google News
2 comments
Information
Dear reader, to leave comments on the publication, you must sign in.