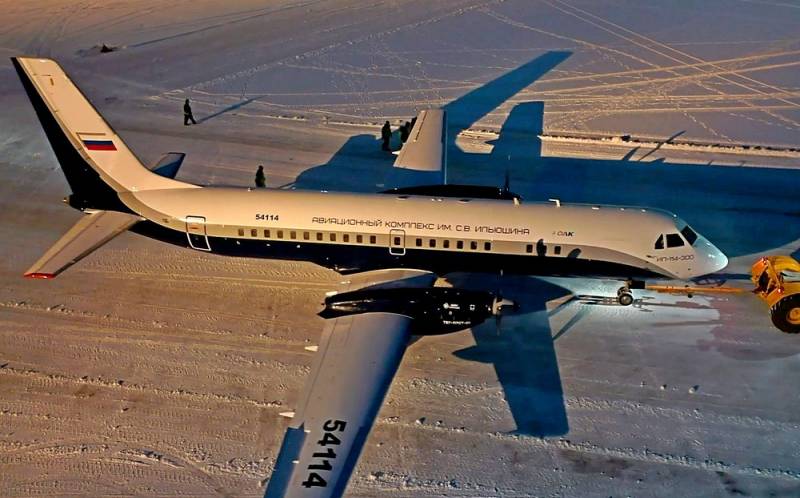 Undoubtedly, December will go down in history as the most “aviation” month of 2020 in Russia. The flight with engines of domestic production was made at once by two airliners, MS-21, and also Il-114. The importance of both liners for our country can hardly be overestimated. However, if our medium-haul lines are fully and for years to come provided with the products of Boeing and Airbus, massively purchased by domestic airlines, there is almost nothing to carry out regional transportation. In this context, the new IL is a much more needed aircraft for Russia.


After the collapse of the USSR and the beginning of the degradation of the national aviation industry, the aging Tu-134, An-24 and Yak-40 remained to work on domestic airlines. Competitors from Bombardier and SAAB produced their own regional airliners, while Russian ones were given barriers to access the world market in the form of limits on environmental friendliness and low noise of aircraft engines. It was not particularly interesting for those in power to develop their modern power plants, since we had a paradigm “we buy everything we need abroad for petrodollars”.

The result was natural: the existing aircraft fleet grew old, and experienced pilots moved to work abroad for higher salaries. An-24 turboprop, very decent for its time, began to suffer disaster after disaster. In 1997, an An-24RV crashed in Karachay-Cherkessia, killing all 50 people flying on it. In 2010, in Russia, during the crash of a liner of this type, performing flight 9357 on the route Krasnoyarsk - Igarka, 11 people out of 14 on board were killed. In 2011, flight 9007 from Tomsk to Surgut was forced to make an emergency landing on the Ob River due to an engine fire, as a result of which seven passengers died from their injuries. In 2013, in Donetsk, an An-24 crashed with fans of the Shakhtar football club, five of them were killed, seven more were injured. In 2019, in Buryatia, in the city of Nizhneangarsk, during an unsuccessful landing, the An-24RV was seriously damaged, two crew members were killed, and four more were hospitalized.

The need to renew the fleet of short-haul lines is beyond doubt. In theory, Superjet was supposed to cope with this task, but instead of the most demanded segment of 65-75 passenger seats, it was pushed into 100. Everyone has already heard about its problems with imported components, which the domestic industry has now undertaken to replace. But, alas, it seems that they did not have time. On the eve of the new US sanctions came into force, which should prohibit the use of components produced in the United States on the Superjet and MS-21. In a short-haul liner, these are the chassis, hydraulic system, electrical and oxygen supply equipment. It is clear that sooner or later it will be possible to replace all this, but here and now a serious failure is forming in the production chain.


In this context, the Il-114-300 arrived just in time. The aircraft can carry up to 64 passengers, that is, it can functionally replace the Superjet on domestic routes, although these are liners of different classes. "Ilyushin" is more severe and unpretentious than "imported constructor", but the most important thing is that it is completely ours. Although this project was developed three decades ago, it has received a new life in modern Russia. Its main advantage is its own TV7-117ST-01 aircraft engine. The power plant can produce up to 3100 horsepower, is economical and meets modern requirements for low noise and environmental friendliness. Work on it began in 2014, when it became clear that things went wrong with the West. And it's good that they didn't waste time.

Now Russia has its own short-haul liner capable of delivering 64 passengers over a distance of 1500 kilometers in three hours. It will be especially in demand in the difficult conditions of the Far North and the Far East. The Il-114-300 with good reason claims to become a reliable "workhorse" of local airlines, increasing the transport connectivity of the vast country. In addition, the RF Ministry of Defense will be able to order its military modifications intended for patrolling sea borders, reconnaissance and electronic warfare.
Ctrl Enter
Noticed oshЫbku Highlight text and press. Ctrl + Enter
We are
TOP-7 safest passenger aircraft in the world
IL-114: the most “popular” aircraft will change air travel in Russia
Reporterin Yandex News
Read Reporterin Google News
25 comments
Information
Dear reader, to leave comments on the publication, you must sign in.