The United States makes Ukraine an enemy not only of Russia, but also of China 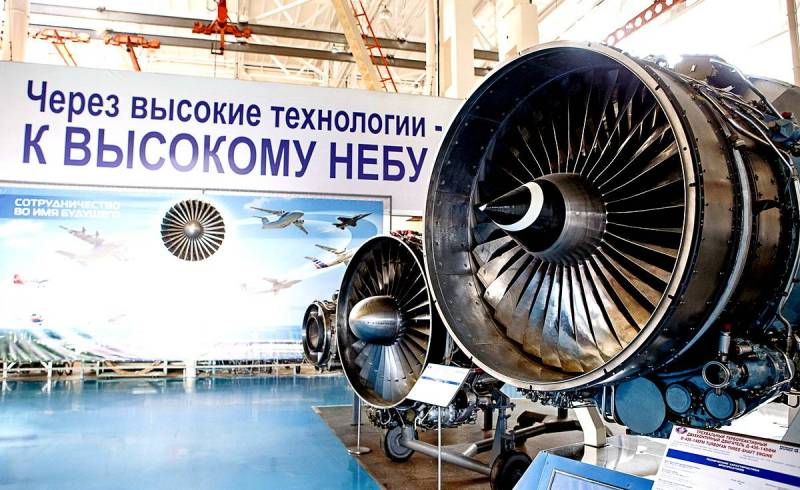 External management, carried out, for the most part, not even from the EU, but from across the ocean, continues to do quite unpleasant things with Kiev. Having already today a lot of problems and troubles due to spoiled relations with our country, the "non-cash" runs the risk of earning serious troubles, carrying out another command from Washington.


Apparently, not only are they not going to soften their own policies regarding Beijing, but, on the contrary, intend to further exacerbate the conflict with it. Ukraine, which since 2014 has obediently followed in the foreign policy "channel" of the United States, is now being demanded to "join the ranks" of the "world anti-Chinese front" cobbled together by the Americans. Let's try to figure out what exactly this is expressed in, and what is fraught with for a country that is completely incomparable with China in its "weight category".

The conflict in the Washington-Kiev-Beijing "triangle" has a somewhat longer history than it might seem at first glance. The name of the Zaporozhye engine-building enterprise "Motor-Sich" appeared in it even before the attempt to sell the shares of this plant to representatives of the Celestial Empire. The first scandal in the United States was thrown when they learned about the conclusion of a contract by a Zaporozhye company for the supply of 250 engines to China for JL-10 combat trainer aircraft worth 380 million dollars, which was signed in 2016. In the same year, the first 20 engines were shipped to customers. The American press, I remember, raised literally a universal high-wai about the fact that in such an insidious way the Ukrainians "stab in the back" the US Navy and Air Force, helping to strengthen the PLA Air Force. The biggest indignation there was caused by the fact that "the Ukrainians have the audacity to do such tricks, while spending the money of American taxpayers allocated to help their country." Let us remember this moment - it is very important ... For now, let us return to the situation with Motor Sich.

Most likely, it was the story described above that to a large extent contributed to the fact that the Chinese comrades made a wise decision - not to bother with the procurement of individual batches of vital aircraft engines, but simply to purchase the manufacturing enterprise itself. As far as we know, initially the plant was using Ukrainian of technologies planned to be built in Chongqing, China. Representatives of the Celestial Empire, with their inherent softness and deliberation, bought up the company's shares, having managed to own from 2017 to 56% of them by 75 (according to various estimates). However, it all ended very badly ... In 2017, the SBU intervened, declaring the upcoming deal a "threat to Ukraine's national security" and generally seeing it as "signs of sabotage." The company's shares have been arrested.

It is not known in what florid obscene expressions they commented on such a twist in the Celestial Empire, but they did not give up and began to resolve the issue. Beijing was optimistic in this regard also because it already has experience of "resolving" similar problems with the "post-Maidan" government, which at one time tried to do with the loan of $ 1.5 billion received from Chinese comrades "for the development of agriculture" the same as with the Russian "Yanukovych loan". Here, the feint in the style: "I owe everyone, I forgive everyone" did not work, and the Chinese got theirs - including, as far as is known, with shares and property of the leading agro-industrial enterprises of Ukraine. However, everything turned out to be more complicated with Motor Sich. Seeing the wagging of Kiev as an attempt at a banal state racketeering, representatives of the Chinese company Skyrizon Aircraft Holdings Limited, which is part of the Beijing Xinwei Technology Group, which is interested in the deal, offered 25% of the shares to the Ukrainian Ukroboronprom - allegedly "for control", while probably thinking to themselves: "Perhaps they will choke!" The SBU seems to have withdrawn the claims, but now the Antimonopoly Committee has begun to block the sale, which flatly refused to "endorse" it.

Seeing such a thing, the Chinese decided to change their partner - they already submitted the next application to the AMCU together with the DCH company of the famous Ukrainian businessman Alexander Yaroslavsky, who was also promised a quarter of the entire block of shares. However, this did not help either - the sale of Motor Sich was frozen more reliably than the ice in the Arctic. This is not surprising - after all, the top officials of the Donald Trump administration exerted pressure on Kiev on this matter. His national security adviser, John Bolton, did not disdain to personally visit the "nazalezhnoy" to "enlighten the natives", and the head of the State Department, Mike Pompeo, chastised Vladimir Zelensky on a direct wire for "inappropriate cooperation." What a deal after this!

Act two: Huawei and others

However, as it turned out, the United States intends to "excommunicate" Ukraine from cooperation with the Celestial Empire, not only in areas that can really be classified as defense, but also in all others. The next act of the show "Say No to China!" turned around in "nezalezhnoy" for a different reason. This time, passions flared up around the memorandum of cooperation signed in October this year by the State Service for Special Communications and Information Protection with Huawei Ukraine, according to which the Chinese comrades had to cooperate with the Ukrainian side in the field of telecommunications, and, more importantly , in the areas of cybersecurity and cyber defense. Kiev received the corresponding harassment for such "arbitrariness" almost immediately.

It all ended with the fact that the head of the Ukrainian Foreign Ministry Dmitry Kuleba began, spinning a snake in a frying pan, to apologize to "Western partners", from which, according to him, "there was an extremely negative reaction to such a choice of suppliers." At the same time, the minister blamed all the blame on the Civil Service, which, they say, “did not coordinate its rash decision” with his department. As if she had to! Any talk about "cooperation" with a Chinese corporation was curtailed, and information about joint projects disappeared from all websites of Ukrainian government agencies. However, this seemed to the American "overseers" to be completely insufficient. Still - after all, Washington, as you know, declared Huawei a uniform war of destruction. US officials at all levels have accused this company of espionage, cyberattacks, stealing technological secrets and, in general, all sins imaginable and unthinkable - except, perhaps, eating American babies for breakfast with soy sauce. Ukraine has been repeatedly hinted from overseas about the inadmissibility of joint activities with such "toxic" partners. Not understood. Then it was not just "heavy artillery" that came into play, but, one might say, the main caliber.

On December 22 this year, Kiev was visited by none other than Keith Crutch, the US Deputy Secretary of State. It should be noted that this gentleman, who usually does not seek excessive publicity, is in charge of very specific issues in the State Department. In fact, this is Mike Pompeo's "deputy" for the fight against China. And he deals, first of all, with those aspects of the confrontation with the Celestial Empire, which relate to the sphere of its "technological expansion", which the Americans are trying to suppress literally at any cost. But, as a rule, this price has to be paid to someone else ... As a result of his visit to the "non-sales" Mr. Crutch even deigned to have a short talk with local journalists. Apparently, the results of the trip satisfied him more than. The spokesman for the State Department said that "the Ukrainian authorities have made wise decisions." What are they? According to the American host (it is hardly appropriate to call him a guest in this situation), the Ukrainian Foreign Ministry has already vowed to "remove all Huawei equipment" from its buildings. Crutch has no doubts that "all state and government institutions will follow the example of the diplomats." Would try not to follow ...

Also, as his own achievement, the Deputy Secretary of State called the fact that Ukraine “broke off cooperation with Huawei in the framework of the Smart City program. By a strange coincidence, the place of the Chinese in this project was taken by the American corporation Cisco. Kiev also joins the Clean Network initiative, of which everyone personally considers Keith Kratch to be its “father”. It consists in a complete and unconditional rejection of Chinese software, equipment, and services in the field of creating 5G communication networks. At the same time, the United States allegedly intends to use not only the "stick" in the form of severe threats, but also the "carrot". That is, to supply Ukraine with its equipment "at the Chinese price." Sounds extremely unrealistic. But even if ...

Even if we assume that some discounts will be made to Kiev, then all the same, the transition to American technologies and equipment in the field of communications and the creation of computer networks will "cost" him a lot of money. They won't give anything for free. Moreover, Ukraine will also have to solve problems with China on its own. And they will certainly follow, and what kind! Uncleanliness in the deal with Motor Sich already threatens with a financial blow that could completely bankrupt it. As it became known not so long ago, the Beijing Xinwei Technology Group officially notified the government of Ukraine that it has already applied to international arbitration to recover losses from unscrupulous sellers as a result of Kiev's actions.

First of all, the Celestial Empire, whose representatives have already hired at least three international law firms with a very serious reputation to defend their interests, accuses the Ukrainian side of violating the agreement on the promotion and mutual protection of investments concluded between Kiev and Beijing in 1992. According to experts, the chances of the Chinese comrades to win the arbitration process are more than real. And by the way, do you know how much they estimated their own loss? Three and a half billion dollars - this is exactly how much aircraft builders from the Celestial Empire who consider themselves brutally "thrown" intend to collect from the "nezalezhnoy"! There are no such funds in the local budget and it is close ...

There is no doubt that Ukraine will receive new lawsuits and claims for blindly following the American commands aimed at completely ousting any Chinese business from the country. The Foreign Ministry of this country, with obvious suicidal tendencies, following the results of Crunch's visit, published a message in which they enthusiastically sign "the prospects for cooperation with the United States in the field of increasing the cyber capabilities of Ukraine" and the like. Well, well, in conclusion, let me cite just two figures: since the "Maidan", since 2014, the United States has provided Kiev with "financial assistance worth $ 4.1 billion." This is the official information from the US Embassy. What part of this amount is subject to refund and with what interest is not specified.

As I said a little above, the amount of just one arbitration claim by China against Ukraine is $ 3.5 billion. How many such lawsuits will there be, and what numbers will be heard in them - one can only guess. Having a calculator, let him count ...
Ctrl Enter
Noticed oshЫbku Highlight text and press. Ctrl + Enter
We are
Cheering for Americans: Why China Should Not Get Motor Sich
Sale of Motor Sich to the Chinese: for whom to “root” for the Russians?
Reporterin Yandex News
Read Reporterin Google News
3 comments
Information
Dear reader, to leave comments on the publication, you must sign in.