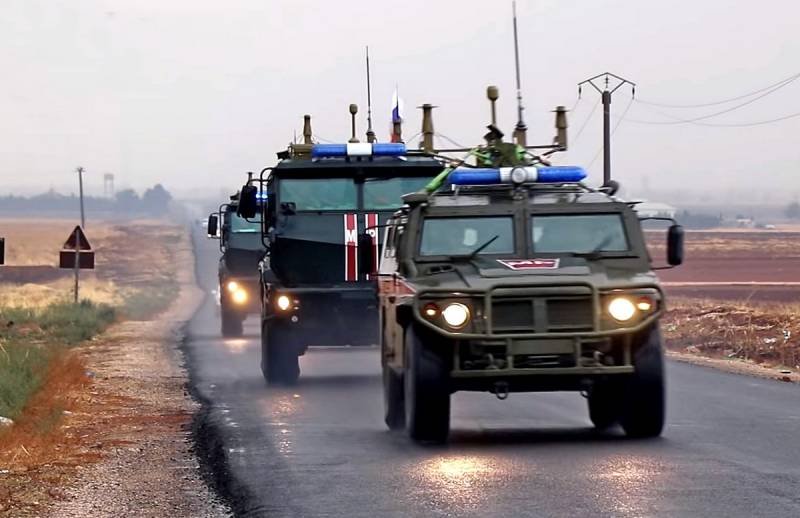 
The patrol moved from the city of Ain Issa in the north of Raqqa province. The incident is reported by the London-based Syrian Observatory for Human Rights (SOHR) NGO through its sources in the SAR.

According to representatives of a British NGO, Turkish soldiers are leading the actions of the militants. The Russian defense department has not yet commented on the situation with the attack on Russian armored vehicles.

The attack on Russian servicemen took place three days after the offensive actions of the Turkish-led combat groups against the city of Ain Issa. The attack by the pro-Turkish units was unsuccessful, while two earlier ceasefire agreements between Turkey on the one hand and the United States and Russia on the other were violated. Around Ain Issa, the initiative is held by the units of the Kurdish "Syrian Democratic Forces".
Reporterin Yandex News
Reporterin Yandex Zen
4 comments
Information
Dear reader, to leave comments on the publication, you must sign in.