Russia presented its technological potential to the world 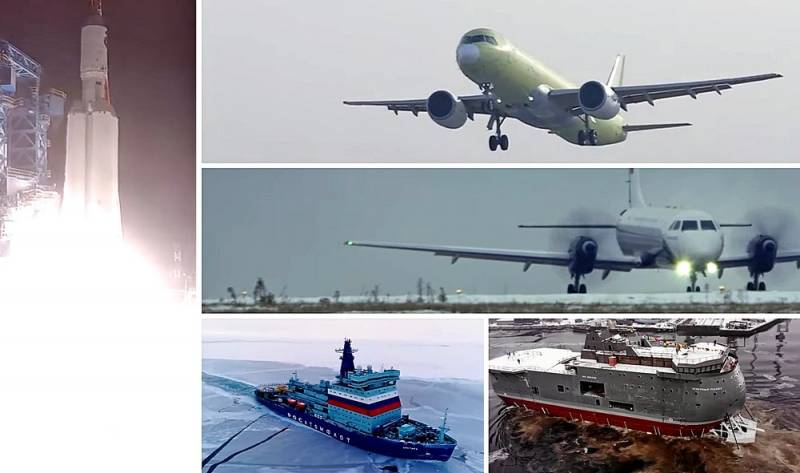 Last week, several significant events for our country took place at once, which, as they say, clearly demonstrated the power of Russia's technical potential.


Let's start with the second ever test launch of the Angara-A5 heavy carrier rocket, which has been waited for for 6 years. Such a long interval between launches is due to the reform of the Russian space industry, which began in 2015. It was decided to move the production of the rocket to Omsk, which required additional bench tests and other procedures.

However, the 6-year "reprieve" was good for the rocket. During this time, many of the carrier systems have been refined. Thus, the more advanced Angara was launched last week.

It is worth noting that a feature of the project is a modular design that allows you to change the carrying capacity of the rocket. The next launch of the heavy Angara will take place from Vostochny in 2023.

By the way, work is in full swing at the cosmodrome now. All the necessary equipment is delivered here along the Northern Sea Route, and 2000 people are involved in its construction. At the end of the week, the Soyuz-2.1b LV successfully launched from it. Moreover, the next launch from the first Russian civilian cosmodrome is scheduled for next February.

But our country was not only successful in the space industry last week. The Russian narrow-body airliner MS-14 made its first flight with domestic PD-21 engines. This became a truly historic event, as it returned our country to the top league of civil aviation.

The effect produced was strengthened by another Russian passenger aircraft Il-114-300, which also took off for the first time with the latest domestic TV7-117ST-01 engines. At the same time, a flight of this liner with an updated fuselage is planned for next year.

An equally important event was the long-awaited launch of the unique ice-resistant self-propelled platform North Pole, which took place at the Admiralty Shipyards last Friday, and a day earlier a new nuclear-powered icebreaker Chukotka of project 22220 was laid down at the Baltic Shipyard.

All the events described above in fact demonstrate the increased level of the Russian engineering and design school. At the same time, already today our specialists are confidently doing what the absolute majority of other countries cannot do.

Ctrl Enter
Noticed oshЫbku Highlight text and press. Ctrl + Enter
We are
Yakov Kedmi said what will happen if Russia again does not respond to US sanctions
What is more profitable: mortgage or apartment rental?
Reporterin Yandex News
Read Reporterin Google News
4 comments
Information
Dear reader, to leave comments on the publication, you must sign in.