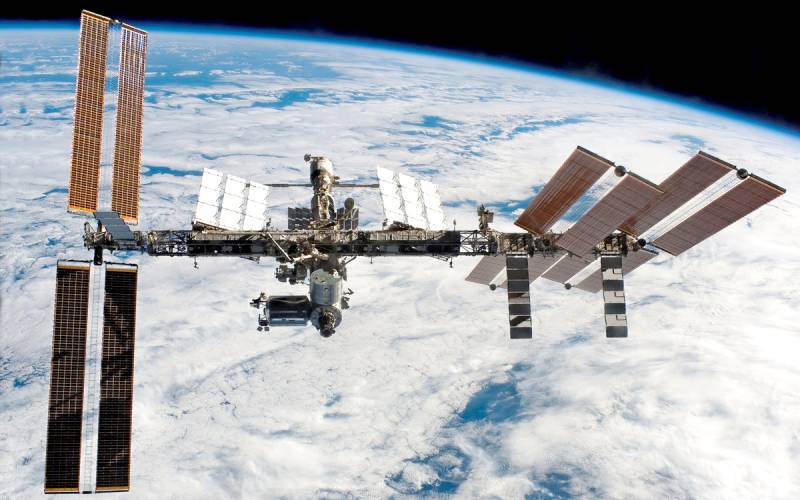 Recently, a discussion has intensified about whether Russia needs its own space station to replace the aging ISS. There are strong arguments for and against, however, apparently, this fateful decision will have to be made without undue delay. The International Space Station begins to "crumble" faster and faster, and here, probably, it was not without someone's "crooked hands".


As you know, the ISS project was launched on the basis of international cooperation with the active participation of Russia in 1998. The first was the Zarya module, launched into orbit using the Proton-K rocket. Two years later, the Zvezda service module was docked to it. In total, the station today has five Russian elements, including Pirs, Poisk and Rassvet. In the coming years, it is planned to add "Science", "Prichal" and one more scientific and energy module to them. But now it is necessary to ask the question, is it worth doing all this at all?

In "Roskosmos" already directly recognizedthat the ISS has almost exhausted its resource, and the number of breakdowns in it will only increase. The fatigue of the metal, which is in extreme conditions of the orbit, affects, plus micrometeorites do their dirty work, and you have to evade large stations, spending a lot of fuel. The problem with air leaks has become chronic, but now a second has been added to it. The unpleasant thing is that the leak was found in our Zvezda module. The cosmonauts found two places at once, from which the air could "come out abnormally". The crew members first struggled with the loss of precious gas with scotch tape, then with the help of plasticine, then they made a patch of foil and rubber. Did not help. Special materials to solve the problem will be delivered to the ISS only in February, and the air is leaving, and supplies for its replenishment are running out.

There is some evil irony in the fact that our robot "Fedor" could have caused the disaster. The idea of ​​delivering this product to the ISS was a personal PR project of the head of Roscosmos Dmitry Rogozin. Since the only thing that is really capable of "Fedor" so far is to shoot with two hands and work with a drill, at one time there was a lot of black humor about new holes in the skin. Alas, now there is no time for jokes. Alexander Khokhlov, a member of the Northwestern Organization of the Russian Federation of Cosmonautics, suggested that damage to the Zvezda could have occurred when the robot moved through this module:

Through the intermediate chamber in August-September 2019, the cosmonauts moved the anthropomorphic robot Fyodora from the Soyuz MS-14 spacecraft to the station and back. The route of the robot's transfer was unplanned, since the ship was originally supposed to dock to the Search module, and not to the Star module.
Why did you have to change the route? The reason was that, for some unknown reason, the cable of the Kurs rendezvous system was not connected, and the Soyuz could not dock in automatic mode. Instead of "Search," the cosmonauts were forced to moor to the "Zvezda" and, obviously with a strong word, drag the anthropomorphic robot through a narrow chamber that was not intended for this. This whole situation also raises a lot of questions. It is not yet known for certain whether Fedor is guilty of the new leak or not, but there is a serious problem regarding the very future of the ISS. According to experts, "Zvezda" can be turned off and isolated without any special consequences. But is it worth investing further into the ISS at all, given that the United States can leave this project, focusing on its circumlunar station? Perhaps, after all, you should start creating your own orbital station?

Critics of this idea quite rightly point to the high cost of implementing such a project on their own from scratch, which will be a very difficult test for our federal budget. It should be borne in mind that all modules intended for the ISS were built a long time ago. The production of new segments ceased five years ago. However, we must be aware that the decommissioning of the ISS for Russia in fact means the elimination of manned astronautics, because our Soyuz and Eagles will have nowhere to fly and there is no need. Until the real lunar program to us, sorry for the pun, as to the moon. Five years is the period when it is not too late to revive the production of orbital modules. If you stretch out for another 10-15 years, then there will be a change of generations, experienced designers will retire, and young people will simply be incompetent in such matters, and recreate something from scratch will become an almost insoluble problem. How young specialists, even if they have all the drawings, can be seen as an example of a much simpler light transport aircraft Il-112V, which we are talking about in detail told earlier.

By and large, it's time to decide whether Russia needs its own space or not.
Reporterin Yandex News
Reporterin Yandex Zen
9 comments
Information
Dear reader, to leave comments on the publication, you must sign in.