Cyberwar on the doorstep: Biden is considering a large-scale hacker attack on Russia 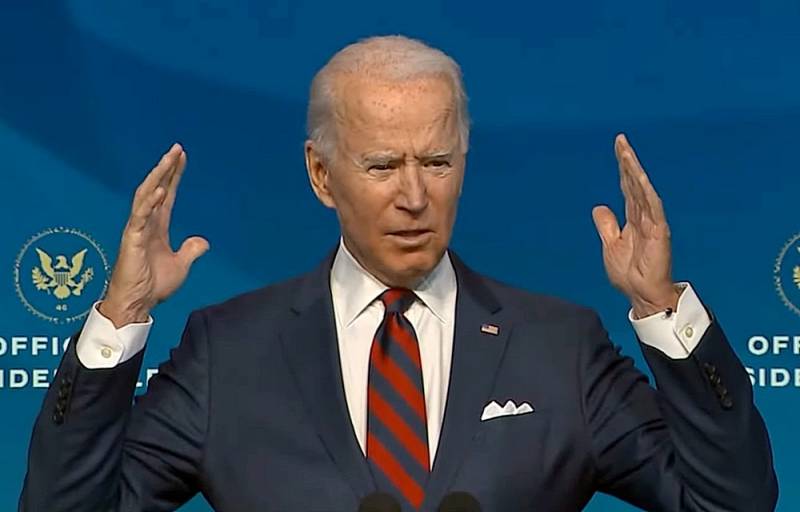 Recently, American government departments have been subjected to massive hacker attacks from abroad. Local media and a number politicians blamed Moscow for everything, but no real evidence of Russia's participation has yet been found. At the same time, the team of the winning US presidential candidate Joseph Biden is thinking about how to punish the Kremlin for hacking computer systems.


A large-scale cyber espionage campaign has been announced by several United States government agencies, including the Department of State, as well as the Treasury and Energy Departments. According to their representatives, the incident was the result of the activities of Russian hackers. Attackers infiltrated computer networks using a widely used software product from the Texas-based company SolarWinds. SolarWinds said an "external nation state" was behind the hack, but Moscow denies any involvement in the attacks.

The future chief of staff for the newly elected president, Ron Klein, told CBS that you need to think about more than restrictive and the economy measures, but also on how to prevent similar attacks in the future. It is necessary to create a mechanism that would prevent such hacks, options for retaliatory actions are also possible. He blamed the incident on the Donald Trump administration.

Biden said last week that the incursions caused "serious concern" and promised to punish those responsible.

As President, Biden is going to take certain steps to reduce the ability of foreign players to carry out such attacks on our country.
Klein stressed on Sunday December 20, adding that the reaction of the new presidential administration could go beyond the sanctions.

That is, Joe Biden is considering the option of a retaliatory large-scale hacker attack on Russia, which indicates the possible start of a real cyber war.

The response must be strong enough that the attackers will have high economic, financial or technological losses. At the same time, it is necessary to avoid an escalation of the conflict between the two nuclear powers.
- shared with Reuters on condition of anonymity one of the politicians familiar with the options for Russia's response discussed in Biden's circle.
Ctrl Enter
Noticed oshЫbku Highlight text and press. Ctrl + Enter
We are
"An indelible insult." Why Putin is in no hurry to congratulate Biden on his victory
Russian hackers accused of hacking Iranian networks and cyber attacks in 35 countries
Reporterin Yandex News
Read Reporterin Google News
Ad
We are open to cooperation with authors in the news and analytical departments. A prerequisite is the ability to quickly analyze the text and check the facts, to write concisely and interestingly on political and economic topics. We offer flexible working hours and regular payments. Please send your responses with examples of work to [email protected]
2 comments
Information
Dear reader, to leave comments on the publication, you must sign in.