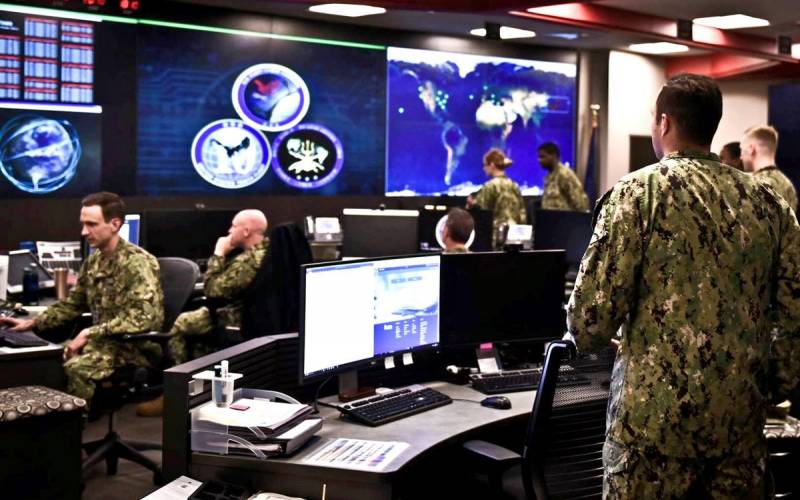 Another villainous attempt on the "holy of holies" - government computer networks of the United States, the blame for which has traditionally been blamed on the "ubiquitous Russian hackers", most likely, should be considered not just as another demarche of certain forces against our country, but as an initial move in a very a serious combination.


At the same time, several goals are initially visible at once, which are pursued in the process of all-round fanning of the scandal with the next "cyber attack" on American national security.

For a better understanding of the essence of the issue, it is worth briefly recalling the chronicle of the latest events associated with it. So: on December 13 of this year, the US Treasury raised the alarm. It was his representatives who announced the alleged "hacking" of their own computer networks, which was carried out for the purpose of espionage. The next day, the information was confirmed by other official sources in Washington. Ultimately, by December 18, it turned out that unknown attackers delighted in digging into the top-secret files of leading US government agencies for at least five days. And it is far from the fact that they have already gone home, having completed their "dirty deed" ... In any case, according to the information "broadcast" by the State Department, the internal communications of the Department of Homeland Security, data from the Ministry of Finance and the National Telecommunications and Information Administration (NTIA).

The State Department itself did not escape this sad part - under a hacker blow, the defenses of the Department of Homeland Security, the Departments of Agriculture, Trade, and Energy collapsed. However, this is not all - overly curious "visitors" also gained access to servers with internal correspondence and documentation of the US National Intelligence and the Pentagon. The "loophole" through which to the protected, seemingly, according to the very last word of the most "advanced" of technologies, overflowing with secrets of all levels of computer networks of more than serious institutions, the "knights of the cloak and the mouse" were able to penetrate, it turned out to be ridiculously simple. It was software from the developer company Solar Winds, which is widely used in the United States at the corporate level. In particular - his Orion network management system, into which cunning hackers managed to "sew" a "back door" for themselves ahead of time.

Thus, they got full access to official correspondence and (most likely) work files of almost 20 thousand corporate users from the above American government "offices". The most unpleasant thing is that to this day no one can say with certainty how many files the hackers managed to "scam", and, most importantly, how long their invisible presence in secret networks lasted. But with what some high-ranking US officials did everything, both quickly and simply, it was with the appointment of the "guilty". Secretary of State Mike Pompeo, speaking on the matter on December 18, having no evidence at all, has already named "Russia's involvement in the attacks" as "the most likely option." True, the entire "mass" was immediately spoiled by its current owner, who stubbornly did not want to leave the White House. Donald Trump spoke as usual on Twitter.

First, he urged not to make a national catastrophe out of what happened, since "the scale of the attack was not that significant." Secondly, the still incumbent president categorically refused to blame Moscow for all the blame, expressing confidence that the traces of the burglars most likely lead to China. Moreover, Trump blocked the adoption on behalf of his administration of a corresponding official statement of a purely anti-Russian orientation. The leader of the American nation is getting his sight a little late - what would he show the same adherence to principles, when the demands on the introduction of new sanctions against our country were piled on the table in the Oval Office ?! And here you can’t say in any way the sacramental “better later than never” - “the train left,” the chance for the normalization of US-Russian relations has been missed, it seems, irreparably.

And Trump "nudge" and Biden "direct"

One gets the impression that the grandiose "hacker" scandal did not break out by chance in Washington during the current turning point for the country. Then, when, at the fear of many government officials and high-ranking officials politicians Donald Trump may still try to "go all-in" - for example, to impose martial law in "wavering" states or to withdraw highly suspicious "voting machines" for study. And it is possible to do both, and thereby regain victory in the elections, leaving strong doubts about their objectivity. And here the notorious "Russian hackers" jump out of the snuffbox like a devil! Trump, either due to the fact that he already has nothing to lose, or out of sheer disgust, begins to deny the presence of a "Kremlin trace" in this case. Biden naturally takes the opposite position - after all, these two opponents will not agree with each other, even if one of them proclaims that the Sun rises in the East ...

And here is a great reason for you to again declare the outgoing president an "agent of Putin" and to push those who still doubt whether the voting results were falsified to the "correct opinion". Moreover, as is usually the case in the world of big politics, even party comrades have already begun to "resolutely dissociate" from Trump. For example, Republican Senator Mitt Romney, representing Utah, expressed the most outrageous outrage at the "blindness" that the president shows, not wanting to recognize Russia as a "geopolitical rival of the United States, a problem and an extremely harmful player on a global scale." Isn't that why all the fuss was started to cut off for Trump, who for the first time called attempts to find the "hand of Moscow" in all American troubles and problems, nothing more than "ritual chants", the last opportunities to resist those who with a guarantee wants to get him out of the White House?

There is, however, another side of the problem. And she, perhaps, will be much more dangerous. Joe Biden, for all his ostentatious dislike and "harshness" towards our country, has a solid reputation as a politician who is not at all inclined to the extreme aggravation of relations with certain opponents. Moreover, bringing the conflict to a stage that is fraught with armed confrontation. In particular, this was repeatedly manifested in those "instructions" that came from him to Kiev to Petro Poroshenko, who was eager to "fight with the Muscovites" in his traditional state of severe abstinence. It is precisely this position of Biden that does not seem to suit in Washington some of the representatives of the forces that actually control the White House, the State Department, and the CIA and the Pentagon. The elected president, who has yet to take over the reins of government, is already being actively and purposefully “winding up” against our country, making it a mortal threat. In any case, in his team, the version of the "Russian trace" in the current cyber attack is taken at face value.

As a result, there is already there is talk about "developing a tough response", however, such that "will not lead to nuclear escalation." If anyone has forgotten, then I ask you to take into account that the military tried to "squeeze" into the new concept the United States doctrine regarding the use of nuclear weapons, which was adopted just under Trump, as one of the reasons for possible "retaliation strikes", including "significant non-nuclear strategic attack ”. That is, cyberattacks, the damage from which will be considered "very significant" in Washington. The scope for imagination, as we see, is huge. Especially when you consider that in such cases almost everything is determined according to the "high-like" system - both the amount of damage inflicted on national security and the involvement of certain structures and states in the hacker attack.

So far, Biden himself, in a recent interview on this matter, said that he intends to "bring the perpetrators to strict accountability" and clarified that it would most likely be about some "financial sanctions." However, in his administration, which is now being formed, they said that they are thinking about "retaliatory measures of cyber deterrence." And now this is much more serious. Moreover, in reality, the United States, one after another, are taking extremely risky steps, clearly indicating their intention to "play for aggravation." For example, a new report from the US Marine Corps Command, the US Navy and the US Coast Guard, which has recently become public, speaks directly of a sharp "change in course" for the US Navy. In this document, Russia and China are called not just unfriendly countries, but "decisive rivals." And since "the aggressiveness of their malicious actions is constantly increasing," the United States naval command is now orienting all forces and means entrusted to it to "severely suppress any acts of expansionism, aggression and violations of international law" by Moscow and Beijing. From now on, they are instructed to "take a carefully calculated tactical risk" to be "more aggressive" in their daily actions and operations.

I think there is no need to explain what is fraught with a situation in which the commanders of aircraft carriers or submarines carrying nuclear missiles will be engaged in "suppressing" the actions of the Russian or Chinese side that they did not like. However, some destroyer in the same Black Sea can also do those things ...

And now let's multiply this all by yet another absurd accusation against our country right now - and we will get a rather unpleasant result. Regardless of the specific decisions that will be made in the United States on this particular case (and this, most likely, will only be after Biden's inauguration), the current incident with the "hacker attack" significantly "shifted" the relations of our countries towards their further deterioration ... The new president is literally slipping into an excuse to start his term in power by launching a new round of the Cold War with Russia. And it's good, if only "cold" ...
Reporterin Yandex News
Reporterin Yandex Zen
4 comments
Information
Dear reader, to leave comments on the publication, you must sign in.