West paved the way for personal sanctions against Putin 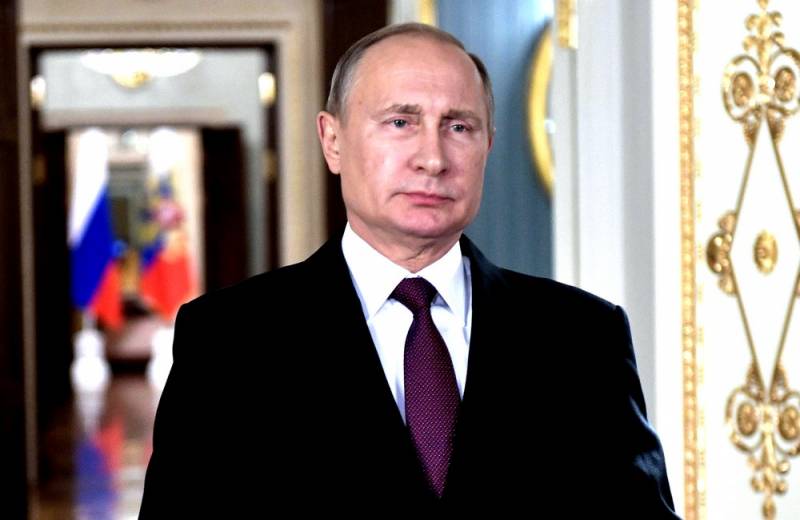 Russia's relations with the West have reached a fundamentally new negative level. President Putin and all of the country's top leadership are banned from attending the Olympic Games and sporting events for the next two years. It would seem, well, what's wrong with that, Vladimir Vladimirovich won't sit for a little while in the company with Dmitry Anatolyevich on the podium? Unfortunately, everything is much more serious.


The reason was the problem of the use of doping by Russian athletes. The open secret is that everyone is “cheating” for the sake of achieving the highest result, but only those “who are needed” are caught. And the task was to humiliate the domestic big sport in order to erase from the minds of ordinary people those positive shifts that could occur after the successful 2014 Olympics in Sochi and the World Cup for Russia, when hundreds of thousands of fans from all over the world were able to see with their own eyes that “ Mordor "is not so terrible as it is painted.

They did their dirty deed and the revelations of the defector Grigory Rodchenkov, who, for his "barrel of jam and a box of cookies", begged the Americans about everything about the inner cuisine of Russian big sports. The United States squeezed the maximum out of his revelations by adopting the so-called "Rodchenkov Act", which completely unties their hands in pursuing objectionable sports officials. On suspicion of involvement in a "doping conspiracy" alone, the American Themis will now be able to fine one million dollars or imprison a citizen of any country on the territory of any state for up to 1 years, if he is associated with sports competitions where athletes from the United States play. Not bad, considering the length of Washington's arms?

But even this is not the main thing. Now Russia's relations with the West have been transferred to a fundamentally different plane.

At first, elite sport has always been an arena in which great powers informally find out among themselves who is stronger. Better sweat, pain, and tears of joy or disappointment in international competition than war. Athletes are the pride of the country, a symbol of its prestige. Now Russian big sport has been wiped out in doping scandals, its image has been spoiled, and the country's top leadership is not even allowed to the stands. This is a real humiliation.

Secondly, for the first time, the personal responsibility of President Putin for external policies countries. Until now, Russia, with its vertical of power, sharpened for a personalist regime of management, existed, as it were, separately, and Vladimir Vladimirovich himself, as it were, separately. Now the sports arbitration court in Lausanne has de facto recorded the personal responsibility of the head of state for the Russian sports system and everything that happens in it. And this will also have serious consequences.

After Crimea and Donbass, the United States and its allied Western countries introduced sanctions that affected the inner circle of President Putin, but not himself. Now the first, but very important step has been taken, which may be followed by others. You don't have to go far to see in what direction restrictive measures might develop. So, after the very ambiguous election results in friendly Belarus and the repressions that followed, European sanctions were personally imposed on President Alexander Lukashenko and 14 others:

The sanctions provide for the freezing in the EU of the financial assets of persons and organizations on the list, and a ban on the issuance of visas to the EU countries for the people indicated in it.
We do not know whether there are any asset accounts there or not, but now the West may start looking for them. And if you set a goal, you can find the "Newbie" even where he was not originally there. It is no secret that relations between Vladimir Putin and the top officials of the US Democratic Party are not very simple. After Joe Biden's victory and the Democrats' revenge, one should expect an increase in sanctions pressure on the Kremlin. It is possible that sports officials in Lausanne acted within this renewed paradigm. If this is the case, then it is not surprising that our prominent systemic liberal Anatoly Chubais was hastily transferred from “effective managers” to international negotiators. But either he is not yet coping with the task at hand, or the partners in the negotiation process are raising the stakes.
Ctrl Enter
Noticed oshЫbku Highlight text and press. Ctrl + Enter
We are
"We must beat first": the geopolitical alignment around Russia is continuously deteriorating
Ten "defeats" of Putin
Reporterin Yandex News
Read Reporterin Google News
27 comments
Information
Dear reader, to leave comments on the publication, you must sign in.