Rising food prices in Russia: who is to blame and what to do 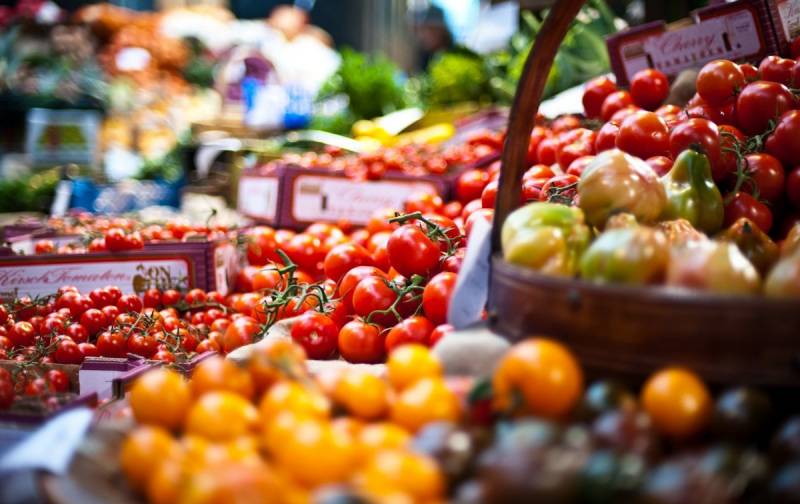 In the past ten days, there has been a war in our country with food prices, which rose sharply in value last November. It was announced personally by President Putin, who, in his own words, was "seriously hurt" by this fact. Despite the fact that our sympathies in this matter are entirely on the side of the head of state, what is happening is more like a heroic war with windmills, in which there can be no victory. What gives reason to believe so?


The saga began on December 9, shortly before the expected traditional press conference. In a meeting with members of the government, the president expressed displeasure with the sharp rise in food prices and drew parallels with the shortage of the Soviet period. True, he himself made an important reservation that under the USSR something might not be enough for everyone, but today people simply do not have the money to buy food at the prices that are on the shelves. Undoubtedly, this is a very important remark, which is worth returning to.

If we consider the problem with prices in figures, then the increase is as follows: sugar - plus 71,5%, bread - 6,3%, flour - 12,9%, sunflower oil rose in price by 23,8%. Indeed, it is a little expensive for those who do not eat in the special canteen in the Parliament, the Government or the presidential residence in Novo-Ogaryovo. But why did such a significant rise in prices suddenly occur? After all, our country has been setting record after record in grain harvest in recent years?

This situation is due to a number of factors:

At first, domestic agricultural producers have increased costs due to the fall in the ruble against the dollar, which President Putin himself admitted. In practice, this means that it has become more expensive to buy imported machinery and accessories to it, fertilizers, chemical treatment of plants, seeds, etc. All this has long been in need of import substitution, but so far, judging by the result, the authorities have not reached this point.

Here we need to change our approach: if we provide the agricultural sector with money at least at the same percentage as in Europe or America, there will be no price increase.
According to the logic of the billionaire, then Russia itself will be inundated with agricultural products, and there will be no deficit. If one can agree with the first part of this thesis, then with the second - no longer.

Thirdlyno matter how much grain is produced in our country, it will simply flow to the place where the best price will be given for it. Due to the coronavirus pandemic and crop failure in many Western countries, the demand for food has increased greatly abroad. Is it any wonder that agricultural holdings have turned on the export "grain pipeline" at full capacity? The names of these companies and the names of the owners are well known to President Putin, he said:

This means that flour has grown by almost 13% ... And who is this? What, I don't know what, who is taking out? And you know!
And they are taking them out. Ahead of the press conference, it was announced that serious export quotas would be introduced from February 15 to June 30. As they say, you still have to live until mid-February, but those who need it are in a hurry to get more out of Russia before the restrictive measures come into force. It is reported that now the customs office has stood in the way of grain exporters, which did not give farmers a whole month. (It is not clear only why the government gave it?). In the Black Sea ports, customs officers began to conduct continuous checks, which, within the framework of the current legislation, delay the registration of procedures as much as possible. It may take up to 10 days for the cargo to be outweighed. And these are not at all harmless games. The fact is that the charterer has to pay 15 thousand dollars a day for the forced downtime of a deep-water vessel in the port in excess of the standard time. In 10 days, it turns out already 150 thousand dollars for each ship loaded with grain, which means an additional increase in the financial burden on farmers. Six large Russian agricultural companies have already come under attack and have become "extreme" for all.

So I would like to ask a question, are domestic farmers so bad that they are striving to make money on the current market conditions? Or is the current situation a grimace of the free market, which supposedly should settle everything? Capitalism, happiness, right? And is there some causal relationship between the outright poverty of a significant part of the population of Russia, which can not even afford "macaroshka with a trigger", and the liberal economic reforms? If we are consistent, then we have to play by the liberal rules to the end, otherwise it is necessary to finally introduce state regulation of the economy according to the Soviet type, recognizing that something has gone wrong.
Reporterin Yandex News
Reporterin Yandex Zen
12 comments
Information
Dear reader, to leave comments on the publication, you must sign in.