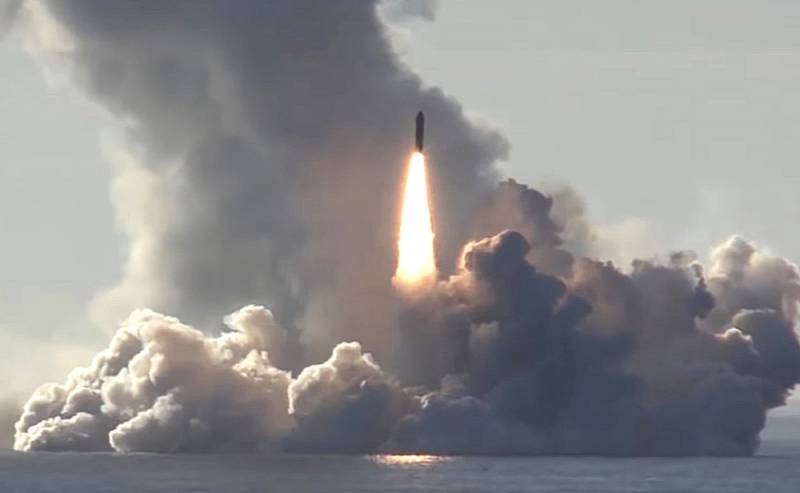 A Russian nuclear submarine operating in the Pacific Ocean fired a salvo of four Bulava ballistic missiles from the Sea of ​​Okhotsk. Flying over almost the entire territory of Russia, they hit targets at the Chizha military range in the Arkhangelsk region, writes the American scientific journal Popular Mechanic.

It's good that it was just a test, and the end of human civilization did not come
- the authors emphasize.


For the K-551 submarine "Vladimir Monomakh", this was the first such salvo launch. Prior to that, he carried out the simultaneous launch of two SLBMs in 2015. This nuclear submarine is equipped with 16 launchers, each of which contains a Bulava carrying from four to six nuclear warheads, each with a capacity of 100 to 150 kilotons. For comparison, only 15 kilotons were dropped on Hiroshima.

At the same time, the Russian Navy last conducted a similar salvo launch in 2018. Then the nuclear submarine of the Northern Fleet "Yuri Dolgoruky" launched four SLBMs "Bulava", which flew the distance from the White Sea to the Kura training ground in Kamchatka.

Bulava SLBMs fired from the Sea of ​​Okhotsk can strike most of the United States west of the Mississippi. At the same time, the same missiles launched from the waters of the White Sea can hit the US territory east of the Mississippi. Russian missiles are roughly equivalent to the American Trident D-5. They had a complicated development history. In the period 2003-2009, 50% of test launches (6 out of 12) were unsuccessful. However, all 10 test launches that have taken place since 2018 have been successful, the US edition concluded.
Reporterin Yandex News
Reporterin Yandex Zen
4 comments
Information
Dear reader, to leave comments on the publication, you must sign in.