A blank torpedo shot from a Russian submarine surprised Americans 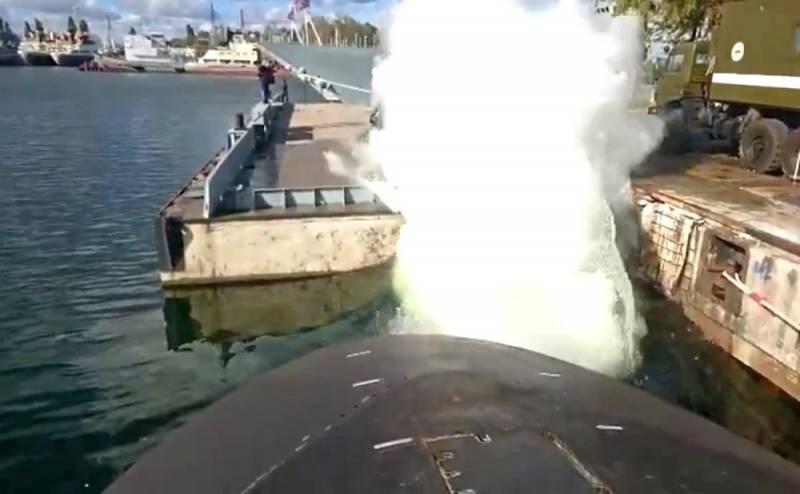 Footage has appeared on the Web showing how a submarine of the Russian Navy carries out a blank torpedo shot (blowing a torpedo tube), writes the American Internet edition The Drive.


Probably, the video was filmed at the naval base of the Baltic Fleet, where diesel-electric submarines of the project 636 "Varshavyanka" (according to NATO codification - Improved Kilo) are located. Spectators observe how a "water bullet" is effectively launched through one of the bow torpedo tubes using compressed air, i.e. water contained in an unoccupied TA ammunition.

The process of loading torpedoes onto submarines and their subsequent launches are complex processes. Submariners have to constantly maintain a balance between the weight of the torpedo, the water that fills the vehicle and the compressed air used to push the ammunition out. All this is carefully thought out and controlled by a system of valves, using the water and air reserves that are already on the submarine. This is to ensure that the sub's own center of gravity is maintained throughout the firing sequence and that the water pressure inside the submarine is the same as outside the hull.

Air bullets are fired when submarines are moored in harbors. The worst that can happen is that everyone who is close will get wet. It looks like this is what happened this time. But the four spectators prepared for the mock torpedo attack properly. Not even a passing dog was hurt.


It should be noted that the TA purge is needed not only for the normal launch of ammunition, but also for the emergency escape of the submarine by the crew, if necessary.
Reporterin Yandex News
Reporterin Yandex Zen
2 comments
Information
Dear reader, to leave comments on the publication, you must sign in.